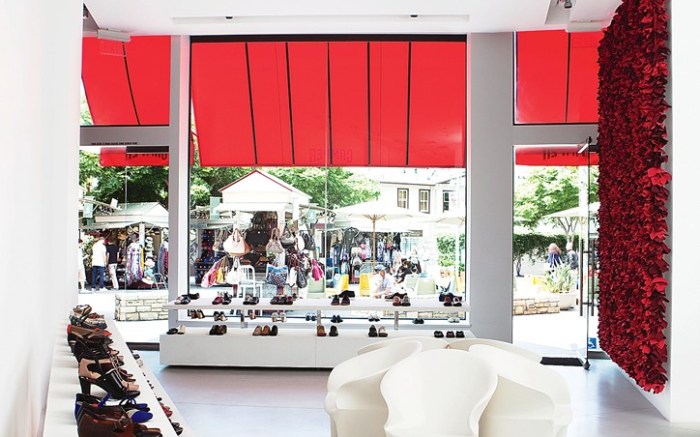 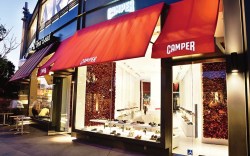 NEW YORK — Camper is out to boost its U.S. business.

In the past 18 months, the Majorca, Spain-based footwear company has nearly doubled its portfolio of branded retail stores, bowing shops on New York’s Madison Avenue, in Los Angeles and Washington, D.C. And this weekend, a shop will debut on Miami’s Lincoln Road, bringing Camper’s stateside door count to seven.

“Branded stores help our retail business because they help raise the credibility, acceptance and exposure to the brand and demonstrate the breadth of the brand,” said Tim Patwell, sales manager for the U.S. and Canada. He added that executives from the firm recently toured the U.S., looking at additional locations, including Chicago. “We could easily have another dozen stores here in the next 10 years.”

Patwell noted that retail expansion is only the second phase of a three-step plan to elevate the brand here.

The first phase, which kicked in two years ago, was to improve wholesale product availability. Previously, Camper was distributed in the States by Dr. Martens, but when merchandise started appearing in off-price stores, the brand took the responsibility back in-house, shipping directly from Europe. But with no warehouse in the U.S., the brand suffered. Now, Patwell said, the company owns its warehouse here and can ship items within two days. It also has made a larger commitment to inventory.

So far, the changes seem to be working. Wholesale bookings for spring are estimated to be up 30 percent from the previous year. “It’s nice growth and it’s clean distribution and we’re getting the right partners on board and the right visibility,” Patwell said.

Rick Lee, owner of the Soula boutiques in Brooklyn, N.Y., has been stocking Camper since he opened in 2002, and has been pleased with its performance at the register. “It’s been a good brand for us,” he said. “We carry both the men’s and women’s product, and it has done consistently well.” Lee added that his stores have a large European customer base, so shoppers are familiar with the brand and its history.

Finally, to raise the brand’s visibility on a larger scale, Camper has signed on with the 2011-12 Volvo Ocean Race, where it will sponsor a boat manned by the Emirates Team New Zealand. Patwell said it got involved because sailing is a part of the Majorca lifestyle and the Camper identity.

To boost the Camper identity further, the brand will continue to partner with artists on store designs and product. For instance, the new U.S. stores, which opened with a bare-bones look called “walk-in progress,” are being updated with high-concept designs by artists such as Tokujin Yoshioka from Japan and Benedetta Tagliabue from Italy.

And on the product side, Camper collaborated with the Lilith fashion brand on a limited footwear collection for spring.

Going forward, Patwell said, the final phase of the brand’s U.S. strategy will be to connect more closely with consumers. “In the next 18 months, you’ll see us stepping up [our marketing efforts],” he said. “Camper can be one of those European brands that has a pretty broad reach, like Mephisto or Ecco. We certainly have different fashion sensibilities than Ecco or Mephisto, but they have a pretty strong coast-to-coast business, and that’s where we can be too.”