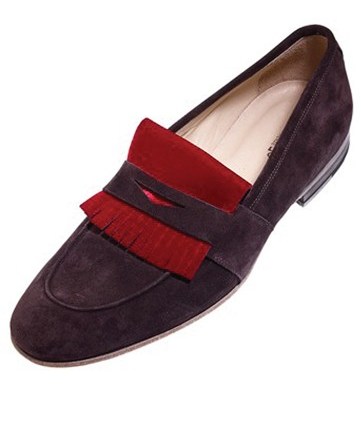 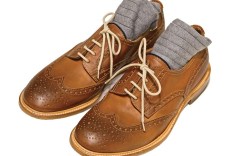 FLORENCE, Italy — The high-end men’s footwear market is on the rebound.

“What has changed is the way men view what they need for their wardrobe,” said Tom Kalenderian, EVP and GMM for men’s at Barneys New York. “From classic business shoes to driving shoes and flip-flops, a guy today has a larger variety of shoes in his closet.”

Eric Jennings, VP of men’s fashion for Saks Fifth Avenue, said he saw a number of saleable looks at the show.

“There were lots of interesting shoes: dressy on the top and casual on the bottom,” said Jennings.

Saks plans to ramp up its accessories mix and bring in more dressed-up men’s looks, a category that is making a comeback, according to Jennings.

“Men are spending more of their wardrobe budget on footwear,” he explained. “This is a trend that has been building for years and will continue to grow.”

Vendors also are banking on increased interest in men’s shoes.

Brunello Cucinelli, maker of high-end cashmere yarns, started making its own shoes in 2008 and said sales have been on the rise.

“Our footwear spiked to 6 percent of revenues in the second year, compared with 3 percent in the first one,” said CEO Brunello Cucinelli. “Signals from Pitti were positive. 2011 was better than expected.”

Italy’s Arfango label is also betting on a resurgence of men’s shoes, and strong sales results recently at its branded store in Saint Tropez, France, has given the firm confidence to expand its retail presence. By early next year, the brand plans to open two more stores, including one in the U.S., according to Alberto Moretti, CEO and creative director.

At Pitti Uomo, the brand showcased a dandy collection that included its core velvet shoe line, as well as loafer moccasins that for next season are amped up with laser decorations.

“Our way of playing with materials in classic shoes is what clients like most about our collection,” said Edmundo Castillo, designer and co-owner of the brand.

Casbia targets the U.S. as its main market, and is seeing a boost there, thanks to the recent decline of the euro.