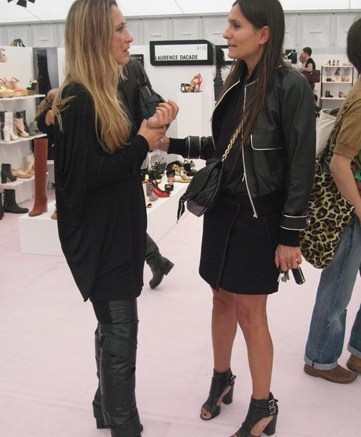 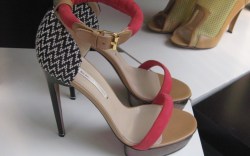 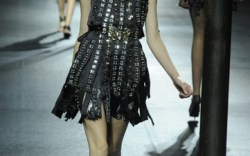 NEW YORK — Luxury footwear buyers applauded the diversity of the spring styles in Paris and said the category continues to shine in a tough retail climate.

From the increasing popularity of mid-heels to the abundance of innovative flats to the burgeoning interest in ankle-strap sandals and more feminine looks across the board, retailers are feeling upbeat about the season ahead.

“There really are so many different types of shoes to choose from,” said Rebecca Farrar-Hockley, buying and creative director of Kurt Geiger.

Jeffrey Kalinsky, founder of Jeffrey New York, said he went over budget with his buying. “And I’m usually very strict, so if I’m over, I’m feeling very optimistic,” he joked.

“I really like what I’ve seen in the market, which is a lot of color, a lot of beautiful, interesting shoes,” Kalinsky said. “For spring, there’s always a little more variation in price point, which is great.”

In general, retailers shopping the Paris collections saluted the strength of the business. Peter Harris, president of Hong Kong-based Pedder Group, said shoes are “having a moment again,” and that Christian Louboutin continues to lead the way across his company’s Lane Crawford and On Pedder stores.

Ed Burstell, managing director for Liberty of London, agreed that shoes continued to outperform all other categories, and he’s betting on several key looks from Paris.

“I loved the Margiela shoes with the upper sliced off, and the heavy toughness of Rick Owens,” Burstell said. “I also think that flats are very important, especially Lanvin’s in luggage leather with the signature hardware.”

Still, the lack of one overarching trend is making buying more challenging for some.

“I don’t think there is really much of a direction this season, so if you are not a good buyer, you could easily be swayed by the wrong kinds of looks for your customers,” said Richard Erani, owner of Chuckies New York. “People don’t buy shoes anymore just for the fact that they’re pretty.”

Erani, who noted that editing is more important than ever, said he found one new label that was particularly impressive this season: Charlotte Olympia, designed by Charlotte Dellal.

“I keep thinking about her shoes, so I’m going to buy them,” he said.

Chrissie Morris, Laurence Dacade and Tabitha Simmons were among the other emerging names cited as standouts this season.

And once again, Nicholas Kirkwood’s collection was lauded by a number of key buyers.

“We are quite excited about the collection he showed. … We feel it is the best in his career,” said Judd Crane, merchandise director at On Pedder. “Moreover, great collaborations on runway shoes with Peter Pilotto, Erdem and Rodarte add another depth to his range.”

Todd Hanshaw, fashion director and DMM for Wynn Las Vegas, said Kirkwood’s range of product will serve him well as he takes his business to the next level. “He has a lot of different heel heights now and has really started to develop, and grow nicely,” said Hanshaw.

Elsewhere in the city, Hanshaw said he had picked up one new name: Giacomorelli. “The collection has a great entry price point of $500, which is very hard to find.”