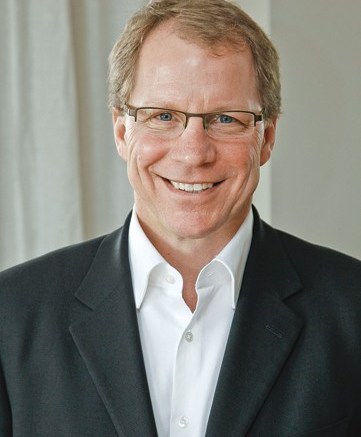 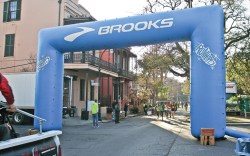 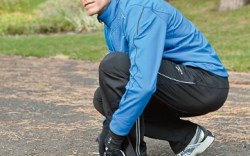 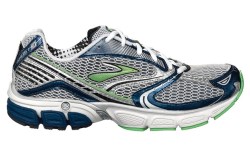 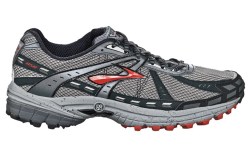 Weber, the president and CEO of Brooks Sports Inc. since 2001, has overseen the brand’s evolution from a $40 million athletic company to an almost $200 million technical running darling. And as he looks ahead to the next 10 years, he’s thinking big: $1 billion.

A critical part of growing the brand — owned by Omaha, Neb.-based conglomerate Berkshire Hathaway Inc. — will be to ramp up its image, Weber said.

“If you look at all the players in the running category, where we fall short is brand awareness. People don’t know us,” the CEO told Footwear News. “We have to get in front of more runners, and we’ve created an internal mission, called Brooks 2020, to own the run. And we think it’s a billion-dollar opportunity.”

Weber’s plan begins with distribution. With 75 percent of Brooks’ sales in running independents, he said, there is an opening to gain wall space in the sporting goods and mall-based athletic channels.

“Specialty has been our core focus,” he said, “but we’ve always been in athletic specialty; we’ve always been in sporting goods. So we’re trying to take those relationships up a notch. If somebody is doing a really good job of presenting footwear to runners, we want to be part of that mix.”

Matt Powell, an analyst with SportsOneSource, said expanding distribution will be key to the brand’s success. “The only way to grow to [that $1 billion] number is to grow outside that specialty run channel,” he said. “They’ve got some very highly regarded products out in the marketplace and they have some leverage there. The opportunity to grow — and grow faster — exists for them.”

But Powell pointed to a few challenges for Brooks. “There has to be some segmentation in order to not damage their technical running business,” he said.

Weber said he is not overly concerned that widening the brand’s distribution will damage its relations with the specialty channel, where it is the No. 2 brand, with 21 percent of the market, according to data from Leisure Trend.

“We’re bullish on specialty run, so they’re always going to be our most important channel, and we’re going to treat them that way,” Weber said. He added that the bulk of the brand’s grassroots marketing would still be done with specialty run shops, and that it would partner with local independents at each city stop in its Rock ’n’ Roll Marathon tour. “At a business level, to us, the channel decision is absolutely not the major decision. It’s really about connecting with the consumer at the end of the day,” Weber said.

There will be other challenges, though, in expanding into more mass markets. Michael McGuinn, SVP and GMM for footwear and active apparel at Englewood, Colo.-based Sports Authority, said Brooks was a very small part of their business and that previous attempts to expand with the brand had not been sustainable. “They’re known for certain key styles within their assortments, and over time, they’ve relied heavily on those styles. They should try to expand into a much broader offering,” McGuinn said. “A much broader variety of price points would be a good place to start.”

But at Indianapolis-based retailer The Finish Line, EVP and chief merchandising officer Sam Sato said Brooks had been growing steadily, and that he “absolutely” saw future potential for the brand. “Brooks spends a lot of time in the marketplace, working with our teams and educating our store associates. That goes a long way,” he said. “We get incredible responses from our team, as well as the consumers.

“We really like the brand, we love the partnership and we’re enthusiastic supporters of their strategic plans,” Sato said.

In terms of retail channels, Weber said Brooks does not intend to target non-athletic firms for its shoes. “We don’t have plans to be significant in family footwear, other than excess product. We don’t have plans to be in mass merchants, such as Kohl’s, and we don’t believe we will because the running offering there is not the center of gravity,” he said.

Also key to the brand’s expansion plans is its marketing effort, which Weber said would increase by 42 percent in 2010. The centerpiece of the strategy, he said, would be the Rock ’n’ Roll Marathon series, which the company began sponsoring this year.

The brand will be creating a traveling concept called the Brooks Run Happy Cavalcade of Curiosities, which, Weber said, will be at marathons starting in June, and at 93 retail stops thoughout the year.

“As we continue to invest on the communications side, we’re going to do it in a nontraditional way,” he said. Social media and online communication, Weber added, will be key mediums for reaching the 20- to 35-year-old consumer, as will events held in conjunction with specialty retail and sporting goods partners. “We don’t know exactly what that mix is going to look like yet,” he said, “but we’re ramping up grassroots in every sense, and the key is to bring grassroots to live online, as well.”

Continuing to innovate on the product level is the foundation of the entire push, Weber said. The brand announced in April it had signed partnerships with biomechanics experts Gert-Peter Brüggemann and Joseph Hamill, who will support their testing and product research. Weber said Brooks had retooled its supply chain and product creation process and will increase its global research and development budget by 33 percent in 2010. The brand also will continue to roll out new technology such as its individualized DNA cushioning, which hit the market this season, and eventually could include new categories as Brooks strives to create “the perfect ride for every stride,” Weber said.

“We’re trying to build product that gives you a great ride and a safe ride,” he said. “It’s about keeping people running longer, further, faster and into old age. We’re going to build minimalist shoes, we’re going to build shoes that help people who have pronation issues, because it’s all about reducing injury mile after mile, no matter how you run — even barefoot.”