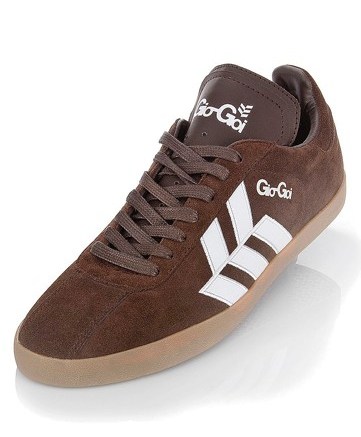 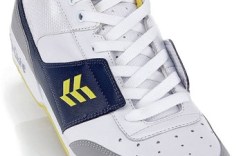 NEW YORK — Gio-Goi is ready for business in the States.

The U.K.-based brand, known for capturing the fashion of the club scene, is debuting its lifestyle products, including an extensive men’s and women’s footwear offering, for fall ’10, thanks to backing by Pentland Group, which took a stake in the company in December 2008.

“We wanted to do something new with a lifestyle focus — from underwear to glasses to watches to the shoes,” said Sonny Shar, president of Pentland USA. “We’re not going to break the market if we just launch a shoe. It’s too much to go against. [Stores] want something that compels people to come back into retail, particularly in this environment.”

Gio-Goi (pronounced “gee-o goy”) was founded in 1988 by brothers Chris and Anthony Donnelly, who were then deeply involved in the transient dance scene of Manchester. The Donnellys started by making T-shirts for their favorite bands, such as Joy Division, New Order and The Smiths, and soon were putting together an entire clothing line. The label is poised to generate about $30 million in sales this year.

“[The brand] encompasses every genre, from indie music to rock to dance to raves. And that encapsulates the ethos of what we are,” said Chris Donnelly. “We still work with the most current people of today.”

In fact, British music stars such as Amy Winehouse, Lily Allen, Liam Gallagher of Oasis, Estelle and Pete Doherty have all been photographed in Gio-Goi clothing. Kid Rock is also a fan, and the brand’s execs are after more big-name American acts (Jay-Z and Rihanna have been mentioned).

“We’d like them to wear it because they want to,” said Donnelly. “That makes the brand credible, authentic.”

Footwear launched in 2008 with a concentration on sneakers and retro soccer styles. Retail prices start at about $67 for sneakers and top out at about $180 for hiking styles with leather uppers.

Company execs said they are targeting a broad audience, with 16- to 25-year-olds as the key market. They are planning to approach mid-tier department stores, specialty shops and boutiques.

A new Website aimed at a U.S. audience has made its debut, and e-commerce is slated to start this summer.

“Because the economy is bad, that’s when opportunity reveals itself,” said David Douglas, CEO of the brand. “We have something that’s got color and is unique. We have a story to tell. So we have an opportunity here.”