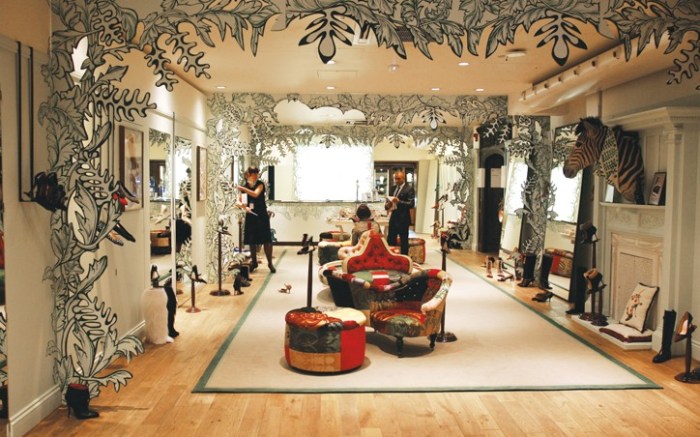 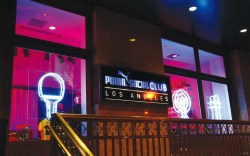 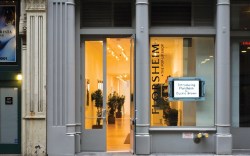 NEW YORK — It’s no secret that pop-up shops are hot. As the format continues to gain steam, more brands are seeing it as a chance to stand out — and not just to sell shoes.

These temporary shops offer an opportunity to generate buzz for a brand, test the viability of operating retail stores and connect with consumers in a more intimate way — and they’re much less risky than traditional stores, which require firms to be locked into a lease.

With their now-you-see-it, now-you-don’t allure, pop-up shops have been a bright spot in a dismal retail environment. And the glut of available real estate due to the stagnant economy has meant short-term leases for prime storefronts are much easier to come by. Florsheim, Piperlime, Manolo Blahnik and Frye are just a few of the footwear companies that have recently jumped on the bandwagon.

“The pop-up phenomenon has gone mainstream, and we’re seeing a diverse and broad set of companies embracing the format,” said Janet Hoffman, managing director of Accenture’s retail practice. “[Everyone is] seeking new ways to grab consumers’ attention and reignite their desire to spend.”

According to John Florsheim, president and COO of parent firm Weyco Group Inc., the success of the venture already has the company thinking about pop-ups in other cities. The Soho shop, meanwhile, is slated to remain open through February, but Florsheim said the brand isn’t ruling out staying in the space permanently.

“We’ll see how things evolve,” he said, “but so far, it’s been very positive for our brand. The store is exceeding expectations.”

Falling in love with a space and wanting to stay is not uncommon with pop-up ventures, said Christina Norsig, founder and CEO of Pop-up Insider, a national online exchange that connects retailers with landlords seeking to lease space on a short-term basis. “I’ve seen many examples of companies that intend to stay for only a couple of weeks and then discover it’s such a phenomenal location that they go ahead and negotiate a long-term lease,” she said.

For online retailer Piperlime, its recent pop-up in New York’s Soho neighborhood was a chance to bring its brand experience to life in a brick-and-mortar format. “It was the first time that Piperlime [was] available in a three-dimensional environment where customers could touch and feel the product,” said Piperlime GM Jennifer Gosselin of the shop, which was open for 25 days in September and featured an edited assortment of apparel, footwear and accessories.

Madison Riley, managing director of consulting firm Kurt Salmon Associates, said the desire to explore beyond the bounds of the Internet is a natural progression for e-tailers, and pop-ups are a way to do that. “Online retailers are always wondering whether [brick-and-mortar stores] can be a long-term profit driver for them,” he said. “We’ll see more of this.”

While many footwear players are leasing freestanding space for their pop-ups, others are opting to set up shop inside another retailer’s store, creating the feel of an intimate trunk show. Boot maker Frye partnered with one of its biggest Canadian accounts, Ron White, to run a three-week-long pop-up last month at the retailer’s flagship in Toronto’s Manulife Centre.

“Ron White already does very well with the Frye brand and has a loyal customer following,” said Michael Petry, Frye’s design director. “The pop-up allowed us to boost our brand profile in eastern Canada while giving Ron a chance to reward his best customers, as well as capture new customers.”

The pop-up also was an opportunity for Frye, which does not yet have its own retail stores, to tell its entire brand story with a full product assortment. “Normally, Ron’s store would show about 80 Frye styles, but for a three-week period, he had 180 styles, including a few limited-edition items and special-order boots,” Petry said.

Like Frye, high-end designer Manolo Blahnik chose another store, Liberty of London’s Great Marlborough Street flagship, as the site of his first pop-up, which bowed in September. Slated to remain open until Christmas, the garden-inspired “World of Manolo” houses a selection of Blahnik’s original shoe designs, along with nine limited-edition styles using a dozen prints that Blahnik pulled from Liberty’s archives. The designer also created new shoe-inspired prints that are featured on other items, including silk scarves, stationery and umbrellas.

Kristina Blahnik, the designer’s niece and collaborator, said Liberty was the right fit because of the type of customers it attracts.

“[The store] just feels young, and that’s what we want to project, that Manolo Blahnik is a youthful brand,” she said.

The special, limited-edition aspect of “World of Manolo” is a prime example of what Accenture’s Hoffman called the “buy it now or never” appeal of pop-ups. “The temporary nature of these stores and the limited stock create a real sense of excitement and urgency to buy,” she said.

The entertainment factor is another significant part of pop-ups’ popularity. Companies are coming up with increasingly creative ways for consumers to experience and interact with their favorite brands beyond what is typically possible in a permanent store.

Puma has taken the idea to heart in a big way with its pop-ups in Boston, New York and now Los Angeles. The Puma Social Club LA, which ran Oct. 13-28, combined retail with a nightlife venue, complete with a bar, lounge area, live music and retro social sports, such as darts, ping-pong and foosball.

Puma’s elaborate events are a testament to how evolved the pop-up concept has become, as brands up the stakes to garner even bigger buzz.

Still, David Wolfe, creative director of New York-based trend forecasting firm The Doneger Group, warned that companies need to be careful not to take the staging of their shops too far.

“I remember some of the early Target ones in New York and how exciting they were because they seemed so temporary,” he said. “If you pop something up that looks too planned or like an established venue, then you’ve lost the point.”