Brand of the Year: Vibram 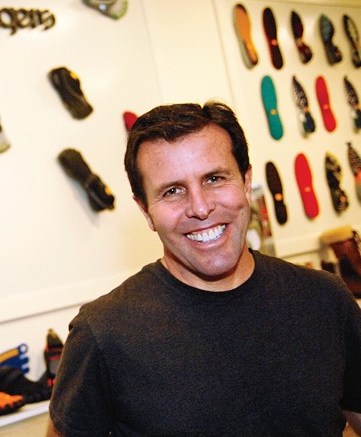 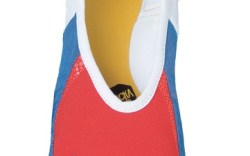 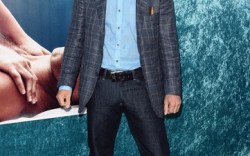 Some call it a shoe, but for others, it’s more like a religion.

Nothing captured the public imagination or changed the perception of footwear this year more than Vibram’s instantly recognizable FiveFingers shoes.

Launched in 2006 with modest expectations, the glove-like styles have posted stellar sales every year, with 2010 topping them all, said company execs. The firm estimates it will deliver 1.4 million pairs this year, a fivefold increase over 2009, and a huge gain over the company’s first season, when it ordered and sold just 10,000 pairs.

“In every aspect, our business has grown and evolved, and we’re much better positioned,” Vibram USA President and CEO Tony Post told Footwear News. “2010 was truly a transformational year for Vibram USA.”

More than anything, it was the year that FiveFingers became the de facto leader of the barefoot running movement.

“We think of [the shoe] as a game changer, one that is [being infused into] the rest of the athletic industry. It’s one of those things that changes the nature of the industry,” said Peter Hanig, owner of Hanig’s Shoes in Chicago. And Hanig isn’t just a buyer, he’s a convert, crediting the minimal shoes with saving his daily run. “It’s a substantial business, and I run in them every day. I am a believer.”

The shoes even found traction off the running trail when actor Thomas Jane, star of the HBO comedy “Hung,” wore them on the red carpet to the show’s second-season premiere this summer.

“It’s life changing,” Jane said of the shoes, which were introduced to him last year by producer Paula Wagner. “They’re not just fun [to wear]. They change the way you maneuver through the world. You can’t go back to wearing regular footwear 100 percent of the time.”

And while the FiveFingers product grabbed headlines, Vibram continued to move forward this year with its original components business.

In 2010, the firm launched two compounds: EcoStep II, which increased the amount of recycled production scrap incorporated into casual-use outsoling material to 50 percent, from 30 percent; and XS Trek, a performance compound that maintains stickiness in both cold and hot/slippery conditions.

“The success we had [with FiveFingers] helped invigorate our soles and components business,” Post said. The company deepened its relationships with brands on the performance side, as well as in the fashion business, including a collaboration with high-end men’s brand Harrys of London for an outsole inspired by windsurfing shoes. It also expanded its inclusion in Timberland’s premium Timberland Boot Co. styles.

That ability to move between the worlds of fashion and function appealed to Timberland. “Vibram’s strength is in both its quality and its diversity. You can find Vibram soles on our top outdoor performance styles, such as the Cadion hiker, as well as on our pinnacle rugged casual collections: Timberland Boot Co. and Abington,” said Brian Moore, global VP of men’s footwear for Timberland.

Vibram also used 2010 to invest in its infrastructure, expanding into larger offices, upgrading its distribution center capabilities and opening more factories. It also ramped up efforts to stop counterfeiters of FiveFingers, hiring legal reps and reaching out to retailers. And with such a focus on the brand, it also launched a major marketing campaign, unveiling its first print ads in the December issues of Discover, Outside, Backpacker, Bicycling, Climbing and Wend magazines.

With all that prep work, Post said, the company is ready to get even bigger in 2011.

For spring, Vibram will expand its FiveFingers offering with the Jaya, a slimmed-down women’s-specific style; the Komodo Sport, a men’s and women’s version of the brand’s popular KSO trainer adapted for in-gym use; and its first kids’ product. “The new shoes for spring ’11 [are] dramatically different and better than the original created in 2006,” Post said.

Spring also will see a melding of the FiveFingers and outsoling worlds, as two collaborative product lines hit the market. Vibram was an integral part of designing and supplying the trail style in New Balance’s new Minimus line of unstructured shoes, and the Barefoot Collection of trail runners, road styles and casual shoes for Merrell, a division of Wolverine World Wide.

“We’ve had great success working with Vibram on our water performance and multisport footwear, and we’re excited about continuing to create innovative and unique products through our partnership, including our new NB Minimus trail running shoes,” said Rob DeMartini, president and CEO of New Balance. “The team at Vibram embodies the collaborative and forward-thinking spirit of the outdoor community, and they continue to deliver high-quality soles that provide significant added value to our footwear.”

“We really see Vibram as the innovator in the world of outsoles and components, and FiveFingers is an excellent example of that commitment to innovation,” said Jim Zwiers, president of Wolverine’s Outdoor Group.

Such partnerships, Post said, are the key to growing the entire barefoot category. “This allows us to exploit the opportunity and share it with our best customers.”