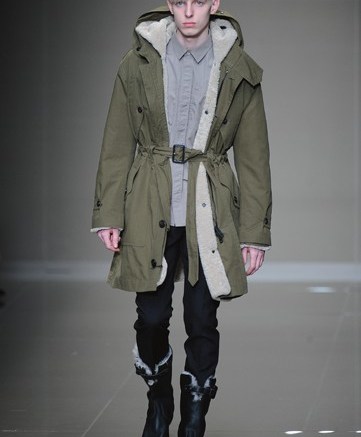 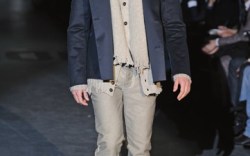 This month’s men’s runways were dominated by boots.

In both Milan and Paris, boots had a strong presence for fall, in reinvented rugged and rustic looks.

“Fall is very encouraging. Boots are extremely important, as well as worn and aged looks that have a vintage feel,” said Melissa Gallagher, VP and DMM of men’s footwear and accessories for Barneys New York.

“[There were] definitely a lot of boots out in the marketplace, which looked great — perfect for bridging the real dressy and casual sides,” added Dan Farrington, GMM of men’s for Connecticut-based Mitchell’s/Richard’s.

Overall, Farrington said he was pleased with many designers’ fresh takes on classic looks.

“[There are] lots of exciting things happening and lots of creativity. People are starting to take chances again,” said Farrington.

“Whether it was an actual lace-up brogue or anything from a Chelsea boot to a sneaker, there was a lot of brogue detailing, [resembling] tailored clothing and more traditional times,” said Lanita Layton, Holt Renfrew VP and GMM for men’s footwear. “[It added] a really fun twist in some of the contemporary lines as well.”

With strong options for fall, Layton said she was feeling optimistic after a tough retail environment last year.

“We feel good about fall. The markets [in Paris and Milan], in general, were buoyant — there was more positive energy,” she said. “We’re feeling that we’ve turned a corner, but people are again going to plan cautiously. It was a good, solid marketplace more than anything.”

One indication of more upbeat attitudes was the bold styling in the men’s collections.

Michael Fisher, men’s editor for forecasting firm Stylesight, said he observed dominating runway themes such as “working man” and “modern military,” and off the runway, he noticed that the streets of Milan were crowded with men in classic Timberland boots. Throughout the shows the combat boot was updated with stylish laces, buckles and embellishments. Also notable was the height, with many styles reaching the knee.

“It was an amazing season for footwear,” said Fisher. “Almost every [pair] of pants were tucked into boots. It really leads to an opening for footwear to be the main theatrical element of the collections.”

Standout brands on the runway included Dolce & Gabbana, with its Sicilian influence, and Gucci and Prada — paving the way for further success at brands such as Red Wing, Frye and Timberland, according to Fisher.

With simple colors and themes such as combat, desert and military boots revamping classic looks, expectations for the fall remain high.

“It was really more about iconic pieces, heritage, classic looks reinterpreted. There were fewer funky colors,” said Layton. “It was more about deep rich shades that worked with everything, and overall, it bodes well for the season.”