Behind the Scenes at the FNAAs 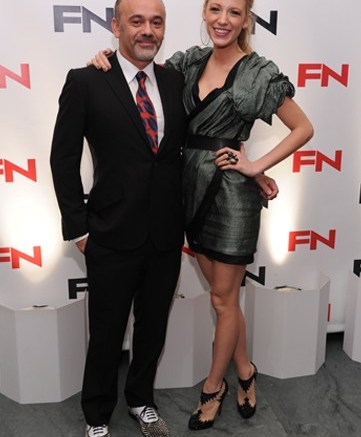 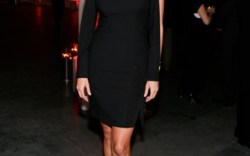 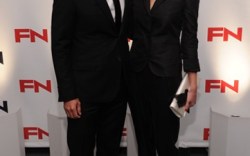 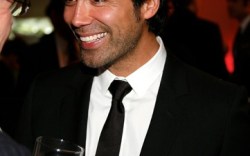 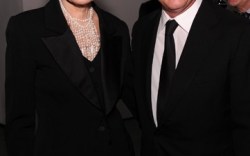 There were a whole lot of fireworks at last night’s 24th annual Footwear News Achievement Awards.

From Blake Lively’s glowing introduction of “the man of her dreams” Christian Louboutin to Brian Atwood’s tearful Designer of the Year acceptance speech to heartfelt words from Brand of the Year winner Blake Mycoskie to rousing ovations for all three Hall of Fame winners, the event had plenty of big moments.

Off stage, there was also plenty more to talk about.

Jessica Alba patiently waited to get face time with Louboutin, whom she met for the first time at the FNAAs. The actress was wearing a pair of the designer’s spiky, pointed-toe stilettos.

After tweeting earlier in the day that he was debating between wearing Tom Ford and Dior, Brian Atwood struck a balance with a sleek Dior suit and Tom Ford patent laceups. Meanwhile, his mother, Yolonda Stemer, who presented him with his award, was decked out in a Lanvin gown and a pair of her son’s nude-and-black pumps, created for the Victoria Beckham runway show. “These are the hotness,” she said.

Atwood’s upcoming collection with The Jones Group also created plenty of buzz. During his Company of the Year acceptance speech, Jones CEO Wes Card said he hoped to keep the designs under wraps, and Atwood seemed to be on board. When asked about the new line he said, “I have a meeting tomorrow [at Jones] to look at the promos, but I can’t say much more than that.”

Jones’ other new partner, Stuart Weitzman, told FN he was saluting the entire industry, but was particularly proud of Jones.

“They are a great partner because they recognize the ability we have to run our company independently, so to speak,” he said. “I think the best thing any partner [could] offer me is that sort of liberty and freedom, and I thank them for that.” As far as Weitzman is concerned, the only place his business is going is up. “Footwear is on a roll,” he said. “If they buy fewer dresses that’s not my problem. But they’re buying more shoes and that’s what we like.”

The FNAAs also gave Weitzman the chance to catch up with pal Neil Clifford, CEO of Kurt Geiger, and the two joked about their “close” professional relationship. “He’s the only reason I move up in the Footwear News Power 100,” Weitzman said. “He took my spot, and I moved up a notch.” Clifford quipped: “He’s on my shoulders.”

Meanwhile, the Nordstrom team showed up in force to salute Hall of Fame honoree Jack Minuk. Blake Nordstrom, who flew in just for the event, talked about Minuk’s incredible tenure at the retailer.

“The first thing Scott [Meden asked] me, because he so admires and respects Jack, is how do I fill his shoes?” said Nordstrom. “And [the answer is] you don’t. I think Scott is very sensitive in recognizing the many strengths that Jack’s fostered within the team. … It’s been nine months or so, but I told Jack he’d be very proud of what’s taking place.”