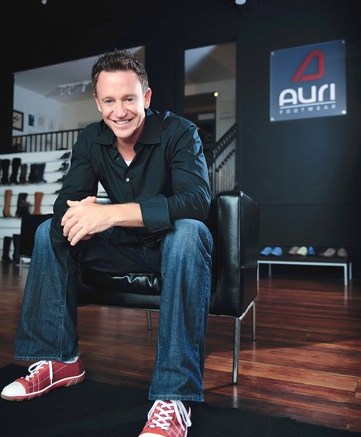 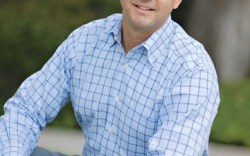 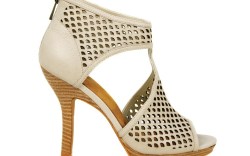 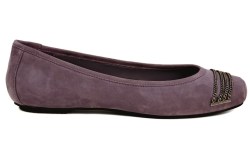 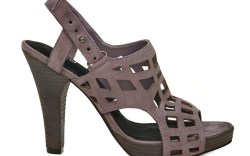 Ori Rosenbaum, president and CEO of Auri Footwear, has a unique task ahead of him: hiding what he does best.

As the company prepares for the full launch of its women’s collection for spring ’11, Rosenbaum said he’s learned that in the fashion world, the term “comfort” is sometimes a dirty word. And to be successful in the emerging world of fashion-comfort hybrids, he needs to showcase what is gorgeous about a shoe, while skillfully cloaking the technology that makes it enjoyable to wear.

“When we say [we have] ‘comfort,’ buyers don’t really believe it because we’ve done such a good job technologically of camouflaging that aspect of it,” Rosenbaum said. “Yet the shoes are super-flexible, super-lightweight and have active suspension, a heel pad, a heel cup, arch support — all built inside a fashionable shoe. We’re looking to create a new segment because [our shoes are] absolute fashion and luxury.”

That combination has helped the company win a diverse assortment of retail accounts since it soft launched women’s product last spring. Currently, it’s sold to about 45 doors, including The Walking Co. and Fred Segal Feet in Los Angeles. For the full collection, the company would like to triple that to about 150.

For their part, retailers said Auri’s women’s offering is off to a strong start.

Jeff Greenberg, owner of Lloyds of Carmel, Calif., said he had not yet seen the new styles in the spring line, but has seen positive sales for the two shoes he currently carries.

“[The line is] sporty and has a little bit of a zip to it in its attitude,” said Greenberg. “We’ve been very pleased with the results. [The shoes] have a nice suede insole with padding and arch support, and customers tend to like that a lot.”

Rosenbaum likes to describe the company’s approach to shoes as “Michelangelo meets NASA,” due to its combination of artful styling and serious technology. Last October, Forbes magazine agreed that Auri was on to something unique when it named the firm one of America’s Most Promising Young Companies, ranking it eighth on a list of 20.

Yet Rosenbaum has no background in footwear or fashion, other than as a consumer. But, he said, he has read up on a common complaint among retailers, and believes he has the solution.

“I clipped out 27 articles that claimed there was no newness, no freshness, no excitement, that everything was bland and old,” he said. “When people ask for something new, fresh and unique with a different mindset, we can bring that.”

Twenty-seven years ago, Rosenbaum sped into business with his brother and founded a company specializing in automotive aftermarket parts, those added on by consumers to customize and increase the performance of their vehicles.

After selling his share in the company, Rosenbaum used his knowledge of rotational molding, a manufacturing process used in racing, to found an audio speaker company, which he sold to Stillwater Designs a mere six months later. For the past 15 years, he has worked as a packaging and shipping consultant for several names in the automotive and high-tech industries, including Jaguar, Porsche, Apple and Sony.

“I was really an outsourcing specialist,” Rosenbaum said. “I brought in specialists, engineers, designers, developers, production houses, factories. That’s why I knew that outside, there were experts who could be brought into the footwear business.”

Though Rosenbaum founded Auri in 2006, the men’s collection didn’t debut until spring ’08. Without selling any merchandise in advance, Rosenbaum ordered product on 13 SKUs.

“It was a leap-of-faith order,” he said, and one that ultimately paid off. “We sold them all.”

In spring ’10, the company decided to test women’s product by simply putting a few styles in its trade show booth and showing them to men’s buyers who might also carry women’s shoes. Again, Rosenbaum took a gamble and pre-ordered 5,000 pairs. “We did this with a soft launch, a tight assortment, no advertising, no marketing,” he said.

The result was so successful that Rosenbaum said the company needed to take a step back for fall to perfect the women’s vision before fully attacking the market for spring ’11.

“We took the next year to labor feverishly, to get this right because you have to be dead-on with women’s,” Rosenbaum said. “It can’t be 90 percent of the way there; it has to be 100 percent. We wanted to make sure we hit the trend, the fashion, the colors and, more important, that they actually functioned the way we said they did.”

However, as soon as the designers started developing heels, a new crop of technological challenges arose. “The minute you elevate the heel, you start dealing with weird geometries and pressure, but we have something called an asymmetrical arch support system,” Rosenbaum said. “It’s a gel that conforms to the shape of the foot to mitigate the weight transfer. Then you have some heel support and a cup to hold the heel, and, of course, all the technology of the cushioning, yet it’s still a beautiful shoe.”

And convincing women that comfortable shoes can be fashionable may be one of the company’s greatest challenges.

Rosenbaum recalled an experience at a recent family function where word spread that he was creating a women’s line of shoes.

“I was encircled by a group of 40-year-old women,” he said. “They started challenging me, saying, ‘We hear you’re going to make heels that are comfortable. Is that true? Are they going to be ugly?’ I was confronted by aggressive bar mitzvah-going women who just couldn’t believe it. When I left there, I knew I had struck a chord.”

For the moment, women’s shoes make up about 30 percent of sales, but Andrew Tastad, VP of sales, said that would likely soon change. “We’re already forecasting in our models that [women’s sales] will overtake men’s by the end of next year,” he said.