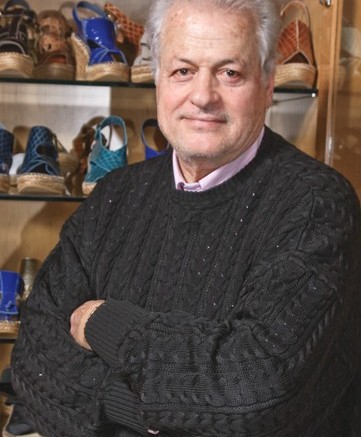 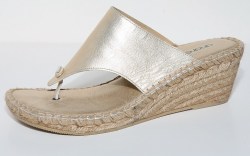 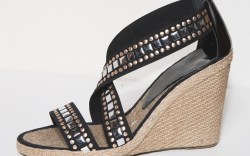 Andre Assous has cemented a place in footwear, thanks to his consistently stylish espadrille sandals. But not everything the industry veteran does is predictable. For fall ’10, Assous is bidding farewell to production in China, where the bulk of his non-espadrille collection has been made for nearly five years, in favor of starting anew in Italy.

“I’m a one-man show, and even though I make three or four trips a year, I can’t control everything from China [like some of the bigger firms],” Assous said. “Italy is more in my blood.”

Last year marked the 30th anniversary of Assous’ namesake company, but the French-born designer has nearly four decades of experience in the footwear industry. He started in the early 1970s, joining forces with Jacques Cohen to bring the classic rope espadrille to the U.S. market from Europe. In the years since, Assous has expanded the look beyond the basic closed-toe style to include sky-high wedges, slip-ons with flower embellishments and strappy sandals in metallics, brights and neutrals.

“Not only did he bring the style to the marketplace, [Assous] has certainly been responsible for broadening the category,” said Schwartz & Benjamin CEO Daniel Schwartz, who has also served alongside Assous on the FFANY board of directors for more than a decade. “Espadrilles today are hardly what we used to think of as espadrilles 20 or 30 years ago, and he’s been a big part of that.”

But with millions of shoes shipped over the years, Assous hasn’t become complacent. At a time when brands are looking to cut costs, the decision to move production on his fall line of leather-soled ballet flats, stiletto booties, low wedges and knee-high boots to a more expensive manufacturing hub may seem counterintuitive. But New York-based Assous said expense can’t be his only consideration.

“Price is obviously not the only issue,” he said, noting that the retail cost on the Italian-made collection will increase by about 20 percent and peak around $230 for shoes and $420 for boots. “I had problems with quality and fit in China, and I’d rather make one pair of good shoes than three pairs of mediocre shoes [for the same price].”

The move back to Italy, Assous said, could boost fall sales to make up about 25 percent of his overall business and help relieve his company of its dependence on his core collection of warm-weather espadrilles and lightweight, foam sandals. (The espadrille collection makes up about 50 percent of Assous’ business and has been made in Spain and France since the brand’s founding.)

Andre Assous shoes are now carried in about 500 doors across the globe, adding 18 new accounts for spring ’10 and increasing orders with a dozen others. Boston-based Cuoio, which has been selling the line since the beginning, was among the retailers that upped its order. “He really fills a niche and has definitely built up customer loyalty,” said owner Ben Cardillo. “If a customer takes a vacation, she takes along a pair of Andre Assous espadrilles. It has almost become a staple in [her] closet.”

Cardillo, who carries the breadth of Assous’ styles, has yet to see the new Italian-made line, but said he would consider it if the price is right.

For Nancy Noble-Basch, retail buyer for the MGM and Mirage resorts in Las Vegas, it has been Assous’ willingness to make adjustments on even small orders that has given his brand an extra boost in the two years that it has been carried at the Bellagio. “Where he can accommodate a special request, he does,” Noble-Basch said, noting that she has also picked up the line for the Aria resort in the newly opened CityCenter. “He listens to what customers need, and he’s open to ideas. That’s what really makes him stand out.”

Department stores such as Neiman Marcus and Lord & Taylor also stock the line, and Bloomingdale’s has reopened the account for spring ’10 with the expectation that espadrilles will be a key look for the season. “Andre Assous is one of the best vendors to [represent the style] on our selling floor,” said Debbie King, the store’s VP and DMM of women’s shoes. “He’s been in the business for many years and offers the best styling and quality in the classification.”

While Assous’ espadrilles are his top performers, he also produces private-label product, working with large international retailers and high-end designers. In his core line, he has mixed in Spanish-made Western boots retailing for $580 to $950, as well as a children’s line based on some of his most popular sandal styles.

And after decades in the business, Assous is ready for more expansion. He has partnered with Arche to create a spring ’10 collection of espadrille sandals — called Achette by Andre Assous — for the French company’s doors in China and is debuting made-in-Israel rainboots at FFANY. After that, he said he’s open to offers and is even considering bringing on a design assistant.