Aetrex On the Move 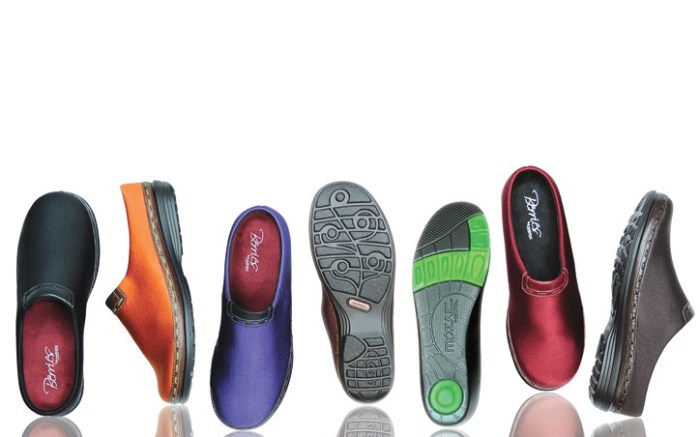 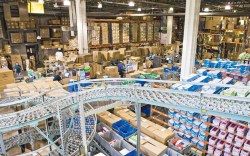 For Aetrex Worldwide, the next year will be one of many firsts. With sales already on the upswing, the roughly 60-year-old family business is planning a string of new initiatives, including its first concept store, a TV campaign and a line of toning shoes.

CEO Larry Schwartz said 2010 has been encouraging. The Teaneck, N.J.-based company, known for its comfort footwear and accessories, experienced only single-digit growth in 2009 over 2008, but in June, business was up 20 percent from last year. And Schwartz said he expects similar growth through the year’s end.

“[The economy made] the whole world reduce inventory and just focus on core [product],” said Schwartz. “Most were in a survival mode. In 2010, it’s different. We’re back breathing a bit easier.”

By the end of the year, Schwartz said, he expects overall shoe sales to hit the million-pair mark, with orthotics sales under the Lynco, Aetrex Custom Select and Thermotics labels totaling 1.4 million pairs. (Aetrex shoes retail in the $99-to-$129 range.)

The company, whose warehouse can stock up to 300,000 pairs of shoes during peak periods, routinely fills orders for one or two pairs of shoes, as well as orthotics. “We try to have lots of at-once programs,” Schwartz said. “While we love selling futures, customers like the fact that they can get fill-ins of every type of shoe we sell.”

Diversity has been key to Aetrex’s strong numbers, with its wide-­ranging offerings of Aetrex lifestyle and Apex therapeutic footwear, as well as Lynco over-the-counter orthotics. Now the company is taking a chance with two product launches.

Following the successful debuts of its Essence line of women’s tailored looks in 2006, and Gramercy lines of men’s dress-casuals and casual walkers in 2007, Aetrex will bow Berries, a series of women’s clogs, Mary Jane styles and slip-ons featuring uppers made of spandex, memory foam and four-way stretch fabrics, for fall ’10.

“Berries is our most successful and important launch [to date],” said Schwartz. The shoes, priced at $99 retail, will even be featured (along with Aetrex’s iStep foot scanning system) in the company’s first TV commercials, to be aired on cable in September.

“We now have the distribution to do TV,” said Schwartz. “We want to continue to build the company and the brand. It’s the next step in the evolution of our marketing. We can be more aggressive [with] the consumer.”

The Berries ad campaign convinced Danny Wasserman, owner of Tip Top Shoes in New York, to add the collection to the store’s current offering of Aetrex products. “The fact that [the shoes] stretch is a big plus, [as is] the memory foam,” said Wasserman. “We need something new and fresh, lightweight and affordable. They’re also backing it up with great advertising support.”

This spring, however, the buzz will surround Aetrex’s first foray into the toning category, Schwartz said. The BodyWorks collection for men and women will launch for spring. “Our customers are anxious to have Aetrex toning shoes,” he said. “It could be huge. It could account for one-quarter of [footwear sales] in a few years.”

As the company moves in new directions with its product, the timing was also right to step into retail with a stand-alone store in Englewood, N.J., set to open by the end of the year. The shop offers an opportunity to test new products, Schwartz said. And he expects the concept to expand under a licensing arrangement. “It’s designed to be something our [retail] customers can do,” he said.

Aetrex’s current retail partners — a roster of 10,000 accounts globally — include such U.S. chains as Santa Barbara, Calif.-based The Walking Co. and Comfort One, based in Manassas, Va., as well as independents such as Eneslow in New York; The Shoe Mill in Portland, Ore.; and Manor Shoes in Teaneck, N.J.

Manor Shoes has been an Aetrex customer for nearly 40 years. “It’s a great company to work with, and it’s always willing to go the extra step for [its retailers],” said owner Frank Panettieri. “All its shoes are extra-depth [for a wide range of foot problems]. They’re very adjustable and fit a lot of people.”

Since its introduction in the U.S. in 2002, Aetrex’s iStep system has helped catapult sales of Lynco orthotics to about one-third of company sales, Schwartz said. Today, there are about 5,000 iStep units in the marketplace.

“Before iStep, orthotic sales were 15 percent of what they are today,” he added. “IStep charged up the Lynco business. When it hit, sales really exploded.”