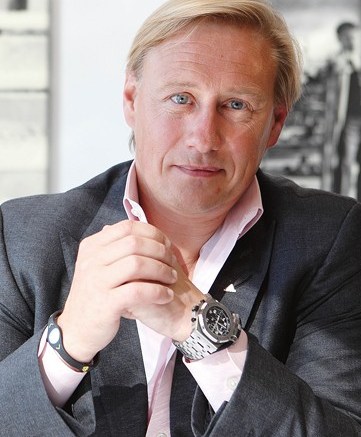 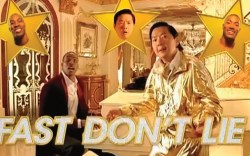 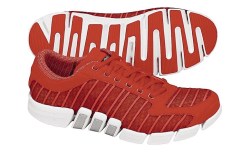 NEW YORK — As far as Herbert Hainer is concerned, the U.S. market might finally be the land of opportunity for the Adidas brand.

“I’ve always said the American market has the biggest potential, because we are definitely underdeveloped [there],” the Adidas Group CEO told Footwear News. And after a year when North America was the company’s “most challenging,” according to Hainer, the brand has positioned itself to grow.

Earlier this month, Adidas reported that third-quarter sales for the North American division increased 14 percent across the company’s portfolio, with strong growth for the flagship brand. The classics-focused Adidas Originals business, as well as the soccer and training categories have been outperforming, Hainer said, and future backlogs are looking strong.

“We’ve put in several product people who are specifically working for the U.S. market to get the right product, especially in areas such as running and training. And this is bearing fruit now, which you can see quarter by quarter,” Hainer said. “Yeah, we are doing a lot of things right at the moment in the U.S.”

But it hasn’t been easy.

Under Patrik Nilsson, who took over as president of the North American business in 2007, the brand has worked to clean up its overdistributed Originals line and refocus its product offering to better suit the tastes of the U.S. market. And last year, amid a well-publicized tough period of cost-cutting and declining sales, Nilsson was charged with developing a plan to maximize the Adidas brand in the U.S.

One year later, with a sharp focus on high-school students and an almost-entirely realigned workforce, Nilsson said he is ready to do just that. “When you do the right things … magic can happen,” the exec said in an interview at his Portland, Ore., office last month. His five-year plan, named “U.S. Generation 2015,” took effect this year and is part of the company’s overall global goal to grow by almost 50 percent to 17 billion euros. Some central tenets were to strengthen outreach to key retailers, improve the supply chain and build up a specialty sales force, Nilsson said. “We had to take a number of people out in order to afford those roles that were more influential in how to execute our product — fewer thinkers and more doers,” he said.

In the past year, Nilsson said, leadership in the sales and product creation teams have been shuffled and realigned, creating “a mix of Adidas veterans, but also people who have come in with new insights from the outside,” he said. It’s a combination, he said, that has let the “design and development and marketing sit together with the creation teams, and they have one goal on how to win in this marketplace.”

The North American leadership team also has been overhauled: Joining company veteran Lawrence Norman, the head of global basketball, are seven newcomers, all of whom are new to the company or their position since April of last year. Michael Peveto is now head of running; Mark Colin-Thome is head of training; Mark Daniels serves as head of football and team sports; Nic Vu oversees retail, Simon Atkins is in charge of Sportstyle; David Baxter leads sports performance and the sports licensing division; and Robert Capener heads up basketball.

“A strong team has been built, and that foundation is making us feel really good about finally maximizing our opportunity here,” Nilsson said. “We [may be] close to $2 billion, but still when I walk around and look at our distribution and how our brand is displayed, we have an opportunity in every category, in every distribution channel and in every store.”

The changes at Adidas were the right ones, according to Matt Powell, an analyst at SportsOneSource. “Adidas is in the beginning of a turnaround. They have really come around and understand the need to build a line for the U.S. market with people who are well-grounded in the U.S. business,” he said.

Nilsson noted that the new team has never been more closely aligned with their German counterparts. “I could not be happier about our relationship and our support from Germany today,” he said. “Are there a few people on our team who might feel on a daily basis that the dialogue with Germany is tough? [Maybe.] But it should be. It’s our headquarters, and they are setting the direction for the brand everywhere in the world and we need to acknowledge that.”

The internal changes also have been paying off at retail.

“There’s been some great improvement with soccer, and I see that continuing through 2011,” said Brian Trask, footwear manager for Boston-based City Sports. “And Originals, for us, is a pretty good business as well, with clean styles that resonate with our customers.”

Finish Line, which partnered with Adidas to launch its Mega collection for Originals, declined to break out actual sales results, but Sam Sato, president and chief merchandising officer for the chain, said he had been pleased: “There was a lot of fun and excitement surrounding this product, and customers responded well to it.”

That momentum should carry through, Adidas execs said.

“I feel really good about the order book, and the meetings we’re having right now about third-quarter product are increasingly positive,” Nilsson said.

“We know our backlogs for the next quarter and for the first quarter of 2011, and this all looks very encouraging,” Hainer added. “The North American business will grow double-digit every year. This is our plan.”

Retailers also said they are upbeat on the future prospects in basketball, running and other categories.

“We have a number of significant opportunities in running with [Adidas’] lightweight Clima [product], and in basketball with the new Derrick Rose and Dwight Howard shoes,” said Ken Hicks, president and CEO of Foot Locker Inc. “They are making a committed effort to grow in the U.S., and we’re going to be a part of that.”

City Sports also sees the running business growing. “Running has performed extremely well [this year], but if we look at our Adidas wall next year compared with five years ago, it’s going to be a world of difference,” said running buyer Doug Smiley. “That’s really going to be a brand-new Adidas.”

SportsOneSource’s Powell is also bullish on that category. “The opportunity really lies in running, where they’ve made a strong statement in the past.” He also sees potential in the Sportstyle portion of the business. “The vault they have of heritage product is so amazing. I see a lot of upside on the fashion side.”

That’s an area that Nilsson is focused on as well. “We need to bridge the gap to the future on the Originals side,” he said, listing Mega, Originals by Originals collaborations and even skate product as drivers.

The company also has room for growth with SLVR, the new Neo line and Y-3, he said. “If you look at Y-3, [it has] introduced us to consumers who maybe weren’t interested in our brand. [Today], they are coming in and buying Originals, or they are buying performance when they are going out and playing sports. [I like] the analogy of having many different doors where you can enter into the brand,” Nilsson said.

Supporting all the initiatives will be a global marketing campaign launching in March that Nilsson said will touch on all aspects and categories of Adidas product.

Nilsson and Hainer declined to give specifics on the message, saying only that it would celebrate “one brand anthem” and would be bigger and more aggressive than previous efforts. “It will really connect our style side with our sports performance side, telling an overarching message in a very inspiring way,” Nilsson said. “It will be in the broad media, but we’ll also bring that down to the retailer level, and that’s when it will be driven more toward certain products. It’s a lot more a call to arms, and it will be the biggest investment we’ve made in the U.S. marketplace in the last 10 years.”

Hainer added that the “Slim Chin” ads with Rose and Howard, released last month, would be a good indication of the brand’s direction. “According to our strategy to win the hearts and minds of high-school kids, we will also talk the language of the high-school kid, which will be a much more aggressive one,” he said.

Overall, Hainer said, he sees good things ahead. “We have an excellent roadmap now. We know what to do and we have the right people around to execute the plan.”