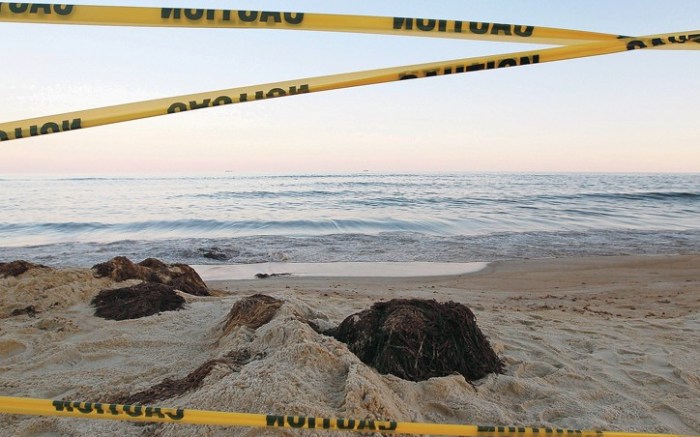 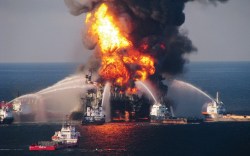 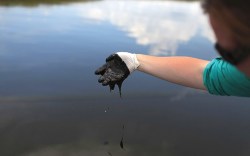 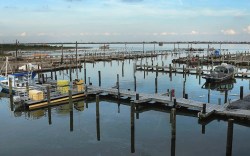 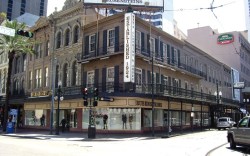 As oil continues to flow into the Gulf of Mexico, retailers along the coast are facing a grim summer and an uncertain future.

More than 10 weeks after BP’s Deepwater Horizon rig exploded offshore, storeowners throughout the region told Footwear News that their sales are down between 20 percent and 35 percent, due, in part, to the shutdown of the oil and fishing industries and the sharp drop in tourist traffic.

“People are definitely shying away from the coastal cities in the Gulf,” said Alex Kutin, owner of a Travel Leaders office in Indianapolis. “They’re opting instead to go to Disney World or go cruising.”

Already, hotel occupancies are down significantly. Hotels along the Florida panhandle, which normally operate at full capacity over Memorial Day weekend, had an occupancy rate of 70 percent, according to the Florida Restaurant and Lodging Association. And on Dauphin Island in Alabama, more than half its guests canceled visits after tar balls came ashore. That’s all bad news for the Gulf states, where the tourism industry is worth a reported $20 billion.

“We need those visitors, and we need them to come [now],” said Kenny Rubenstein, owner of Rubenstein’s men’s specialty store in New Orleans. “As far as New Orleans is concerned, it’s not as affected [as other parts of the Gulf], but you have people who react out of fear.”

He noted that some tourists are canceling trips because they’ve heard there’s nothing to eat in the city. And while Louisiana’s tourism organization has worked hard to dispel fears about unsafe seafood and toxic air quality, they face a tough sell. Roughly 423 miles of coastline along the Gulf are oiled, according to the federal government, and 80,228 square miles of coastal waters have been closed.

The Obama administration’s six-month moratorium on deepwater oil and gas drilling has added to Louisiana’s woes. As of June 22, a federal judge had overturned the ban, but Interior Secretary Ken Salazar has said he plans to fight to reinstate it.

“For the economy of Louisiana, the moratorium on oil drilling is not good news,” said Ben Johnson, managing director of the New Orleans Chamber of Commerce. “The oil companies here have a monthly payroll of $10 million. Then you have all the supply boats, caterers and air transport services. … Oil companies can’t afford this. They’re going to float down to Brazil. For Louisiana to have a moratorium, it’s like we’re getting a double hit.”

Johnson added that this was a disappointing turn of events for New Orleans, especially as 2010 was expected to be a recovery year. The city reported strong profits in the first quarter — even better than before Hurricane Katrina — attributable, primarily, to the Saints’ victory in the Super Bowl. “The positive perception related to the Saints was unprecedented,” he said. “People realized we’re not under water.”

Now, however, locals are feeling cautious and holding off on purchases, said Rubenstein, because of economic worries and a general feeling of dismay. “We’re trying to keep a positive attitude, but everyone is nervous,” he said. “And the worst part is that the well isn’t blocked, so we don’t know when this will end.”

One bright spot, at least for New Orleans, is the fact that summer is the city’s slowest period for visitors.

Other parts of the Gulf Coast are not so lucky.

Jeff Hardy, managing partner and co-owner of Sand Dollar Lifestyles, which has seven locations, including one in Orange Beach, Ala., said now is the area’s prime vacation season, but the beaches and hotels there are nearly empty. “We have to make a living at the beach out of four months out of the year. It’s a shame,” he said.

Normally, Hardy added, his 20,000-sq.-ft. Orange Beach store, which includes shop-in-shops for Merrell, Mephisto, Clarks and others, brings in $1,000 per day during the summer and introduces new merchandise every week. Now, product is sitting on shelves, and Hardy has no prospects for moving it. Even if he marks down prices, no one is there to take advantage. “There aren’t enough local people down here to support this [inventory],” he said.

As of late June, Sand Dollar’s business was down more than $400,000 just since the oil spill, said Hardy, and the situation is causing friction with his vendors. “Everybody’s got to get paid. But being that I don’t have tourists down here, it’s hard for me to stay current,” he said.

Hardy, whose father, Jim, founded Sand Dollar in 1967, said many vendors are willing to work with the company because of its long history, but he is concerned about paying off current inventory and worries that this could have lasting, long-term effects on the store’s relationships.

The sales decline also threatens the staff at Sand Dollar. So far, Hardy said, he hasn’t had to lay off any employees, though he decided not to hire his usual summer crew of part-time college and high school help. And if the situation offshore continues to drag on, he might cut hours for his full-time employees, requiring that each person take off one week every month.

And while many independent retailers along the Gulf Coast are suffering, some stores may be less affected than others.

Scott Bernhardt, COO of weather forecaster Planalytics Inc., said, “From a national perspective, favorable weather in the Northeast will outweigh what’s happening in the Gulf — if you’re a national conglomerate. If you’re concentrated there, it’s just not good news.”

Among chains, Bernhardt pointed to regional companies such as Stage Stores, Citi Trends and Bealls as being most at risk.

Sand Dollar Lifestyles has worked to protect its business from natural — and man-made — disasters by opening inland locations. It bowed a 14,000-sq.-ft. shop near Jackson, Miss., in May, and a 12,500-sq.-ft. store is slated to debut in Dallas in October.

The Run-N-Tri Co., based in Gulfport, Miss., caters mainly to local runners and walkers, and has been able to avoid sales fluctuations from the tourist sector. “We’re still doing OK [in terms of sales],” said co-owner Kevin Goveia. “There are times when you can smell the odor [of oil] in the air, but it hasn’t affected runners too much.”

And Islander’s Surf & Sport, which has two stores, in Pensacola and Fort Walton Beach, Fla., has branched out online. “We diversified years ago in an anti-hurricane move and have a robust e-commerce business that’s performing well,” said owner John Hambleton. “While we didn’t plan for an oil disaster, we did prepare for some kind of disaster.”

Nevertheless, Hambleton’s business was down 30 percent as of late June. He said the immediate concerns are cash flow and keeping the store’s team intact. However, some help might be coming, he said. “For both of those things, I have high hopes that BP’s restitution funds will enable us to be fine.”

The federal government has been busy processing claims from companies and individuals suffering economic loss from the BP spill. As of June 30, more than 87,000 claims had been filed, and roughly $132 million had been disbursed.

In addition, the U.S. Small Business Administration is offering economic injury assistance loans to small businesses in the Gulf Coast impacted by the spill. So far, it has approved 128 loans worth in excess of $8.5 million.

Representatives at Two Ten Footwear Foundation said the organization also is poised to offer assistance to shoe companies, especially as the hurricane season gets under way.

Indeed, last Wednesday, Hurricane Alex made landfall in northern Mexico, after bypassing the worst of the spill. However, cleanup efforts in the Gulf were interrupted last week as winds and wave heights reached dangerous levels.

Representatives from the National Oceanic and Atmospheric Administration have said that winds could push more oil inland, but for retailers in the Gulf region, there are even bigger worries. “[Gulfport] is still not back up to the way it was before Katrina,” said Goveia. “If you drive along the coast, you’ll see a lot of empty lots and storefronts. If another hurricane hits and the casinos [here] pull out, it’ll be really bad for us.”

For storeowners all along the coast, there are many unanswered questions. First and foremost: When will the flow of oil stop?

The best hope now is a relief well that is expected to be complete by early or mid-August. After that comes the cleanup and an unknown recovery period for the area’s oil, fishing and tourism industries.

“I’ve got to believe we’ll get back on the trend line we were on,” said Hambleton. “But at the earliest, it probably will be 2012.”

Keeping Watch
Though the spillover from the BP incident has not yet impacted surf and skate vendors, many said they have been keeping a close eye on events in the Gulf.

John Taylor, Southeast representative for Sanuk, is concerned for his retail clients and their long-term prospects. “One of the guys from an account we have said business in the Gulf is down 75 percent due to the crisis. It’s apparel; it’s specialty orders,” he said. “Business has a chance to turn around if they clean this up, but we are reactive when we should be proactive.”

Though Sanuk has had a few cancellations from retailers, Taylor said the brand is doing well overall.

Likewise, Joel Heath, global marketing director for Teva, said the health of the tourist market in other parts of the country is insulating Teva from the BP disaster. “I don’t think it will affect [our] business directly, but it will affect individuals who have supported the brand — kayak guides that have done kayaking trips in the Gulf, fishermen located there,” he said.

To aid the Gulf region, Teva plans to donate $100,000 to its long-term environmental partner Waterkeeper Alliance to raise awareness and assist in the clean-up efforts. Heath said half the funds went directly to the nonprofit organization and the rest were used for a PSA program promoting Waterkeeper’s “Save the Gulf” fundraising campaign.

Adina Neufeld, director of communications for the Oka B. sandal brand, based in Buford, Ga., said she expects the oil spill will inspire consumers to choose more-sustainable footwear brands. “[It] has definitely created a madness about what is ruining our environment,” she said. “And because the consumer obviously can’t go pick up the oil, they’ll do what they can to help the cause.”