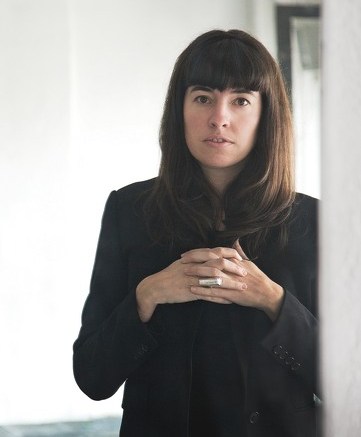 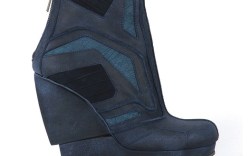 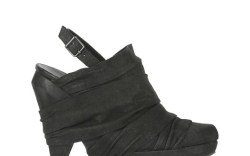 Tiffany Tuttle has found her niche.

Since launching the LD Tuttle brand five years ago, the Los Angeles native and former ballerina has fastidiously carved out a place for her distinct, yet minimalist, collection of high-end women’s and unisex shoes. Featuring architectural heels and opened-up boot styles, her label last year boosted sales by 80 percent. In 2009, Tuttle sold 3,000 pairs of footwear — priced between $400 and $850 — and is on track to double business by the end of this year.

Now, the designer — who has worked with Givenchy and Rebecca Taylor — is looking to increase distribution. Sold in 18 countries and about 56 doors, including Saks Fifth Avenue and Browns in London, Tuttle is approaching expansion by region rather than accounts. “I’d like to sell broadly geographically, but not to a lot of stores in any one place or city,” she said.

While Tuttle, 33, moved into a larger Los Angeles office earlier this month, she also is fostering outside partnerships. A four-season runway collab with apparel brand VPL by Victoria Bartlett has led to that line — VPL by LD Tuttle — being picked up by Barneys New York for fall. The designer also teamed with British retailer Joseph in 2009 to create the store’s branded footwear collection, which will be expanded to wholesale accounts for fall.

Here, Tuttle talks about growing her boutique business and the challenges of building an international brand.

1. How has your ballet background influenced the way you design?
TT: I spent the first 15 years of my life staring at people’s legs and feet. When you’re a dancer, you have this awareness of feet and legs and how they work. As weird as it sounds, it attracted me to do shoe design. Shoes should be comfortable, and I design to that, as well as to how the shoe looks on the leg and the foot.

2. How did your experiences with ready-to-wear houses help you branch out on your own?
TT: Rebecca Taylor was great because, when I started, it was a relatively small company. I saw the whole cycle of how a business is run and how things get made from start to finish. [As a result], I had my eyes relatively open to how much work it is. I certainly understood [going in] that you have to be extremely involved.

3. What are some of the challenges of creating unisex shoes?
TT: It’s a learning process, [but] I believe in creating shoes on a spectrum. A lot of my shoes aren’t necessarily associated with masculinity or femininity. My collection is also darker, so the shoes have that androgynous look. I figured, if we’re going to [create] shoes that don’t fit in as masculine or feminine, why not do unisex shoes? I took a lot of the styles and adapted the lasts for men and women.

4. What are the benefits of collaborating with clothing designers?
TT: It’s so interesting to see the ideas [other designers] bring. It’s fun to work with someone who has a different aesthetic, and it gives wider exposure on both sides of the coin. There are some stores I sell to, especially internationally, that might express interest in VPL, [for example], and other retailers might see the VPL line and be attracted to my shoes.

5. What is your ultimate goal as you grow the brand?
TT: I always expected this to be a constant growing and learning process. I like where I am and that we’re growing. We hired more people, so my brain is freer to [think about] adding other products, such as new categories of shoes and leather accessories. I’d [also] like to eventually have my own retail, whether it’s [brick-and-mortar] or e-commerce.

6. Over the last two years, how have you adapted to the changing market?
TT: The strange thing is that [the recession] happened to coincide with a big growth spurt for us. But I have worried more about not getting paid, and we’ve had to be a lot more on top of our accounts. People are paying now, but we were forced to be more careful with who we sell to.

7. What is the most challenging part of balancing the business and creative roles at a small firm?
TT: Carving out time. Between answering the phone and responding to [all sorts of business requests], it is sometimes difficult to set aside time to design. It takes a lot of planning and discipline, but every once in a while you have to say, “OK, for two hours I’m not going to worry about that.” The business side can definitely take over.

8. Do you see LD Tuttle as more of a department store business or boutique brand?
TT: We do sell to Saks Fifth Avenue and larger online retailers, but the reality is that we’re more of an independent business. Even when we sell to department stores, there is a boutique feel because the look is very specific. Of course, we want to grow and sell to more department stores, but we also want to make sure the brand is identifiable, and yet, not something you see everywhere.

9. How have you approached growth overseas?
TT: We started showing at Premiere Classe about three years ago, and it has been good for us. The first season no [retailers] really talked to us, but then the next season a few people [expressed interest]. A few seasons in, retailers started remembering us, and my booth was busy. They want to know you have [staying power]. Once you pick up a few international stores, others will approach you, so it’s important to a have a little patience.

10. What advice do you have for shoe designers just starting out?
TT: You have to have a strong relationship with your factories to make sure the shoes are made [well]. As a younger designer, you also have to find cost-effective ways to do interesting things, and finding a factory you can really work with can help you there.