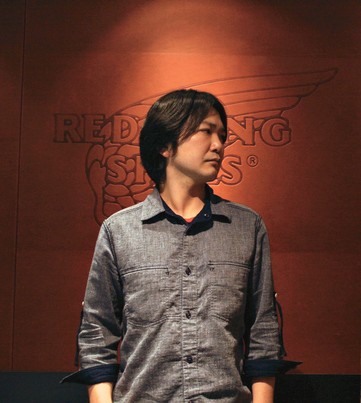 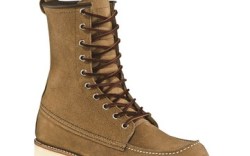 For more than a century, Red Wing has been a classic name in American work footwear. But it’s the Japanese market that has moved it from the job site to the city streets. So when Red Wing decided to spin off a series of mainstream looks, the company tapped Aki Iwasaki in Japan as global designer for its companion lifestyle collection. A Red Wing veteran, Iwasaki had worked for the company’s former Japanese distributor for seven years.

The lifestyle collection, launched in 2005, accounts for 15 percent of the Red Wing, Minn.-based firm’s overall business, which is up double digits since 2008.

Dave Hill, director of lifestyle product, said that while the brand recently has caught on with fashionable men in Japan, its core looks have been sold there for nearly 35 years. “That market values premium product that’s authentic and genuine,” said Hill.

Added Iwasaki, “The lifestyle division’s product line is all made in the U.S., which is quite important for the Japanese market.”

Americans also are valuing domestically made shoes. Today, Red Wing lifestyle items are sold through high-profile retailers including Bloomingdale’s and The Tannery in Boston. And fashion labels Native Son and Yohji Yamamoto both used the shoes on the runway for fall ’10. Red Wing also boasts collaborations with retailers J.Crew and David Z, as well as Japanese apparel brand Neighborhood Japan and New York-based Nom de Guerre.

Here, Iwasaki reveals how he’s putting a modern spin on an old-time favorite.

1. Why does the Japanese market have a love affair with American work looks?

2. How important is the idea of made-in-America to Japanese consumers?

AI: Quite important. But this [appreciation of authenticity] not only relates to products made in the U.S., but for those made in France, Germany, Italy and England. Consistency is a virtue in Japanese culture, and [consumers] like products that are original and pure. Japanese tend to buy goods made in the place where they started, so country of origin is the most important factor.

3. Do Japanese consumers differ in other ways from their American counterparts?

AI: In Japan, the main Red Wing consumers are not truly fashion conscious. [They] love American culture and products, rather than trendy products. They wear Red Wing as a part of their lifestyle. Recently, in America, fashion-conscious people [started] to wear Red Wing, but I think there is [also] a core group attracted to Red Wing because of its timeless appeal, quality and endurance.

4. Is the lifestyle line inspired by the brand’s industrial work looks?

AI: Usually the line is not inspired by current Red Wing core work looks, but almost all [lifestyle looks] were inspired by Red Wing historical products and American work heritage archives. I work alongside the work team, and they help with our product development, but the design concepts are hatched [by the] lifestyle team, separate from the work business.

5. You are Japanese designing for an iconic American brand. How do you bring the two worlds together?

AI: We have a never-sated passion for all things truly American and have a unique way of condensing the true identity of a brand and bringing it out in a more appealing way. I grew up frequenting many vintage clothing stores that are very popular in Japan, and I’ve always loved vintage Red Wing. My vision is deeply rooted in the historic DNA of Red Wing.

6. How have you maintained your edge as utility-inspired looks have become more popular?

AI: I want to do what [other] brands can’t: create designs derived from Red Wing’s work history of more than 100 years.

AI: Most of our market is looking for true historical products. Current Red Wing core work [product] doesn’t focus on too much of the historical nature of [the brand], but focuses more on technology and performance. The true lure of our brand is timeless products that last for not just one season but for 10 years or more.

8. After Japan, which are the top three markets for the collection?

AI: America, Germany and Italy. America is the homeland of our brand, and we have more opportunity to grow there. Germans are similar to Japanese because they love American culture and respect the [product’s] craftsmanship. The Italian market is fashionable, and the trend is driving sales there.

9. If the utility trend dies down, what do you have planned?

AI: Red Wing is a symbol of America, and we will not go away from [that]. But we’re not stuck on only workboots. Wabasha, [our] classic outdoor handsewn moccasin, is one of the directions we’ve taken lately.

10. With boots being strongest in the fall, what have you done to ensure yearlong demand for Red Wing?

AI: [There’s] the work oxford, which fits perfectly with shorts. Our image is boots, but we have a difficult time in the summer season. So we’re trying to resurrect the service shoe category with the Postman oxford. The nickname was given to these styles as they were developed from American postal worker [looks], and they sold extremely well in the 1960s to the 1980s.