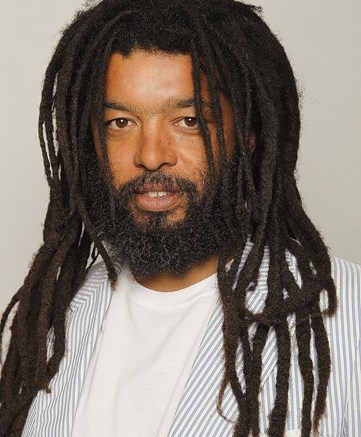 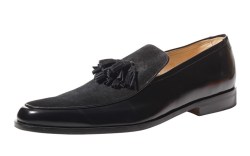 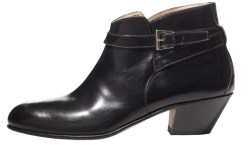 For Marc Hare, it all started with a blog.

The 39-year-old British designer of Mr. Hare men’s shoes used the online forum to give voice to his new brand a year before its debut. Hare had already worked in public relations and marketing — at one time owning a London fashion boutique and then consulting on snowboard wear — so he knew how to appeal to the public. But he had never designed shoes.

“I had commissioned people to make shoes, so I knew some production people,” Hare said about his prior jobs. “I also knew some buyers. It was a case of connecting the dots.”

For fall ’09, Hare debuted his first collection of all black shoes, which he called Purest Form — seven styles of oxfords, derbys and ankle boots retailing for $450 to $900. Oki-ni.com and Supermarket in Amsterdam immediately bought it.

A year later, Mr. Hare is sold in 16 stores, having been picked up by Selfridges, Harrods and Liberty of London. The fall collection, titled Miss Your Air (a play on the French pronunciation of his name, Monsieur Hare), launches with 12 styles, including three on a 5½-centimeter heel for about $750. “I wanted it [to look] like you weren’t overtly wearing a heel,” he said. “I wore them the other day, and two women came up to me [to say] they liked my style.”

Hare is now readying men’s accessories for spring ’11 that would encompass bags, laptop cases, belts and wallets. Here, the designer discusses his one-man show and when he’ll stop freelancing as a marketing consultant.

1. You’ve voiced some strong opinions about the men’s shoe business. Do you still think the offerings aren’t what they could be?

MH: I’ve gotten into a lot of trouble about that. I think I said .9998 percent of the shoes in this world deserve to be here, and the rest don’t. What I mean is that, even in women’s wear, there are a lot of cheap, disposable shoes. When I was a kid, getting shoes meant you get a great pair that lasted forever. That mentality [has changed]. Therefore, I don’t think my statistic was that wrong.

2. How would you say your line is different from what’s out there?

MH: I make elegant shoes. Even if I make a traditional shoe, I try to think about [how to make it] modern. In the second collection, [people asked] if I was going to make sneakers. I got really pissed off because the whole reason I’m making shoes is because there are a hundred million sneakers in the world, and no one is really paying attention to shoes. That got me inspired to think about what other people have done in the past when they didn’t have sneakers. So I made a grappa shoe and a saddle shoe.

3. For anyone who hears your story, it certainly sounds easy. Do you feel like your launch was a breeze?

MH: It hasn’t been that difficult. But I’m quite an enthusiastic, motivated person. If I decide to do something, I’m going to do it. It’s been really good fun. And when you set out to do something and get it done, it doesn’t feel hard.

4. What has been the hardest part?

MH: It’s getting harder now because I’m still a one-man unit. I do everything. I answer all the e-mails, and in the last six weeks, I haven’t had time to blog. The hardest thing now is making the company grow in the right direction. The first bit was easy. I knew what I wanted to do, and I knew there was no pressure to do it quickly.

5. Why did you veer away from the English shoe sensibility?

MH: Because everyone is so hung up on getting a welted shoe. But they are really uncomfortable, they take forever to break in and they have this big, clumpy sole unit on the bottom. Don’t get me wrong, I love them, but I don’t see how it’s an entire shoe wardrobe. I just want more choice.

6. You are bringing heels to men for fall. What made you think of doing this?

MH: Once I had done flat shoes, I [thought] this is like sculpting to make a whole new shape. Also, I was looking at Beatle boots. When people think of men’s heels, they usually think of Beatle boots or [French president Nicolas] Sarkozy boots. Over the years, I’m going to take the ugliest things that have ever happened and try to make them good.

7. Who do you think will wear them?

MH: A lot of fashion-forward guys in London are fiending for these. But it could be a lot of different guys. Men don’t really have the same amount of choices in style like women do. Outside of something like Brooks Brothers, there is Prada and Dior. There are only five or six brands that will give you the level of choice that women have. I don’t want to wear sneakers all the time.

8. How did the economic crisis affect your debut?

MH: When I designed the line, the credit crunch came about three weeks later. I tried to keep my first business plan to a minimum anyway, about 35,000 pounds. When the credit crunch kicked in, it just seemed like suicide to spend any money whatsoever. So it went from 35,000 pounds to 5,000 pounds. It meant continuing to work in marketing the next couple of years and growing it on the side. After about five seasons, I should be able to stop doing freelance work and concentrate solely on the shoes.

9. Do most people still think you make shoes that are only black?

MH: No, [for the first collection] I focused on making the shoes I wanted to wear out on a night when you need to look like a million bucks. For spring/summer [2010], we had red suede and blue suede shoes. The whole black thing was more about attitude. Plus, it was a joke because I’m black and no one knew it at the time.

10. Is there more responsibility when your name is on the shoe?

MH: It doesn’t feel like my name. The shoe company is like a fiction. I feel like Superman when it comes to Mr. Hare because I’m not the type of person you think Mr. Hare is. But when I put the shoes on and go out, I probably am. But it’s still quite funny when I lift up my foot and my name is on the bottom of the shoe.