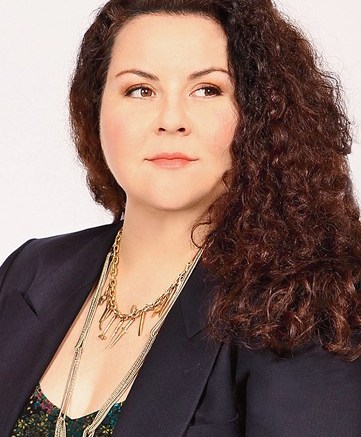 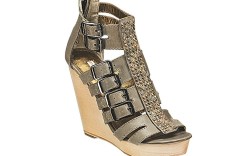 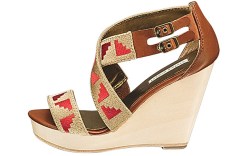 The creative force behind Twelfth Street by Cynthia Vincent has a strong track record of bohemian, yet elegant collections. She launched apparel line St. Vincent in 1993, and later folded that into the contemporary Vince label. In 2003, she stepped away from the company and bowed the Twelfth Street brand.

Shoes followed two years later, and since then, the 45-year-old, Los Angeles-based designer has earned a following among celebrities such as Scarlett Johansson and Liv Tyler and high-end retailers including Bloomingdale’s and Free People.

Priced from $195 to $495, her footwear makes up about 40 percent of Twelfth Street’s overall mix. Now Vincent is seeking to triple the offering and increase the brand’s presence in the 350 department stores and independent boutiques that already carry the footwear. She also aims to expand overseas, particularly in Europe and the Middle East, and is set to launch e-commerce this month.

After partnering with Target on an under-$30 shoe line for spring ’10, Vincent said she is exploring other retail opportunities. A full collection of handbags is slated for fall ’11 (the category soft launched in 2009), and jewelry is on her wish list.

Here, the designer opens up about keeping her brand under one roof and why she’s slow to embrace social media.

CV: The signature style is the strappy platform wedge, but it’s always about offering a refined casualness. It’s bohemian, and for me, that’s a way of life, not a trend. It’s a big part of what I do, but I’m not hippy-dippy patchouli. It’s an eclectic mix, but there’s a real sophistication behind it.

2. You’ve launched two companies during your career. Has that contributed to the way you are growing your brand?

CV: I’ve learned to trust my instincts, and shoes have been the biggest validating point. [A few years ago], we were about to go forward with a line of yoga apparel. It was with a big name and probably would have been a good moneymaker. But I was really feeling strongly about shoes, so we took a leap and it paid off. At the time, the [contemporary] price point we were going after wasn’t [so saturated], and we managed to find a niche.

3. What were the perks for the collaboration with Target?

CV: It allowed me to bring my style for a great price, but it also made me realize what a [large] following I have. [The launch] went viral, and Target sold out online in seven hours. Styles were up on eBay in two hours and being sold for higher prices. There was kind of a frenzy, and we were bombarded with e-mails. It reached a bigger market and really appealed to [consumers].

4. What’s the biggest change you’ve made in the aftermath of the recession?

CV: It’s tough to find good manufacturing partners, and that’s been the biggest hurdle. The [most important] thing is to be fluid and flexible. [For example], we started in Italy, went to China and are now looking at Brazil. When everything is in flux, you need to make decisions quickly. We’ve always been that way, but now it’s mandatory.

5. Why did you decide to keep footwear production in-house?

CV: We didn’t want to just hand it off. I wanted to understand it from a design, manufacturing and production approach, and [CEO Armen Gregorian] wanted to know the business side of it. Once you know the basics, you’re not as reliant on others and that allows you to be flexible, maintain quality and the aesthetic.

6. How does the footwear offering relate back to the clothing?

CV: They are completely linked, but it’s not about [doing] green shoes just because we have green in the [ready-to-wear] collection. You can see an arc if you put it all together, but if I’ve done my job, each piece can stand on its own. And that allows us to go much broader and get into different kinds of stores.

7. How important has celebrity attention been in reaching consumers?

CV: There’s always a segment of the population that likes to see what celebrities are wearing. A lot of women find it interesting, and it can help them find their own style sometimes. Younger generations, in particular, follow the magazines, and it is one more outlet for them to express themselves through fashion.

8. Is social media playing a role as you market the brand?

CV: We know the importance of it, and it is really lovely to be directly in contact with your consumer. There’s no filter, there’s no middle and you can communicate ideas directly. But you need to provide something interesting. It’s not just about Twitter and, ‘Oh, I went shopping today.’ We’ve been slow to [get into social media] because providing an interesting and useful platform would take me away from the product. Right now, it requires more time than I have.

9. You are launching e-commerce now. What are the benefits of running a digital store?

CV: I’m a huge online shopper — I love the ease of it. It’s not necessarily a social medium, but I would like to find a way to make it fun. We don’t want to compete with our retail partners, so having an online store isn’t just about selling shoes. It needs to be about bringing something extra and personal to the brand [while also] promoting business and understanding our customer.

10. Have you ever considered opening your own retail stores?

CV: We’ve been toying with the idea of opening two flagships — one in New York and one in Los Angeles — but it takes a lot of energy to run a store. So we’re also looking at new and unique approaches to retail. There’s something about the nostalgia of shoe shopping that’s so fun, but today it’s all about convenience. We want to [be mindful of that], but find a way to bring the traditional retail approach to the modern woman.