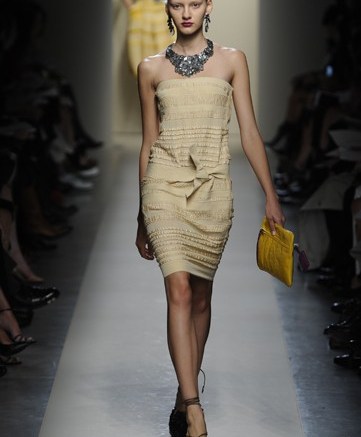 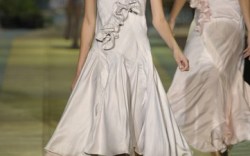 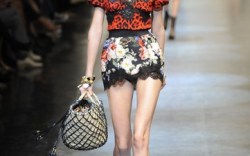 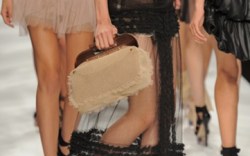 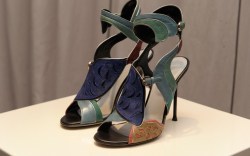 Straight From the Shows
The weekend presented some of the strongest footwear collections of the season, with Bottega Veneta’s high-shine platforms with ankle lacing and tassels, Cavalli’s cantilevered, carved wooden wedges and Fendi’s organza ankle-tie sandals with Lucite platforms. The trend toward the barely there continued to be equally big in footwear and apparel, perhaps best illustrated by Dolce & Gabbana, which showed lace and mesh in coquettish Sicilian-inspired mini-dresses that were paired with sheer, scalloped lace ankle boots.

Meanwhile, footwear maestros Sergio Rossi and Giuseppe Zanotti both showed extensive spring collections (Zanotti said his consists of a record-setting 900 SKUs this season) that played with mixed-media and textures, all-over embellishments and cutouts.

Publisher Role
At the Blumarine show in Milan Friday, Footwear News caught up with Tom Florio, Vogue’s chatty publisher who made a cameo role in the recent documentary “The September Issue.” He cited Tod’s, Belgian Shoes and Stubbs & Wootton as his favorite footwear brands. And judging by what he was wearing on his feet, he’s clearly a loafer man. “I buy shoes with ties, but I never ever wear them,” Florio admitted.