From the Paris Runway: Snake Pit 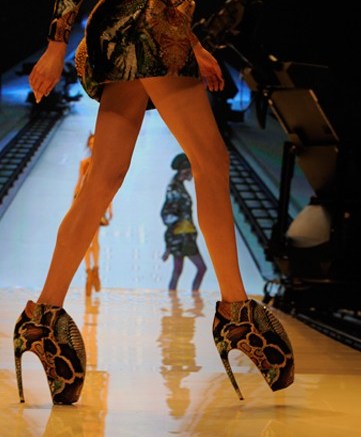 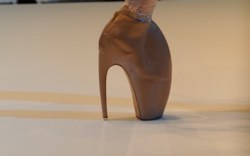 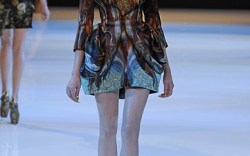 After a creepy film of slithering snakes kicked-off the show, serpent themes were in abundance at Alexander McQueen’s spectacular runway presentation on Tuesday, which featured reptile shoes, clothing and elaborately braided hair. The inspiration for the towering 21-cm (8-inch) shoes with their pre-historic appearance was not fetish footwear but something entirely more feminine. A spokesperson at McQueen said the heels were “based on the visualization of a ballerina standing en pointe, even though models stood in a normal position.”