From the Market: Alejandro Ingelmo on SS’10 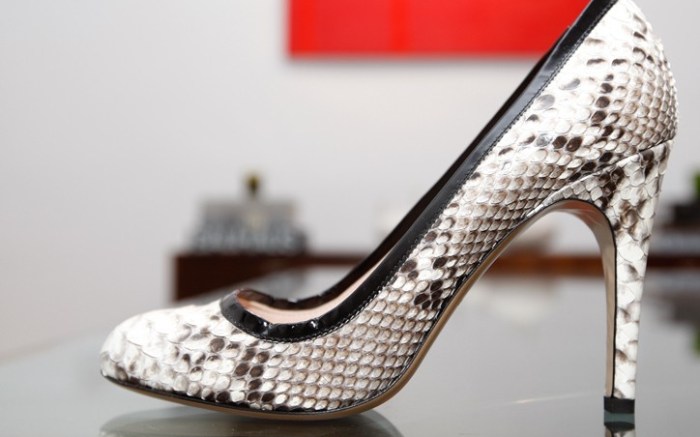 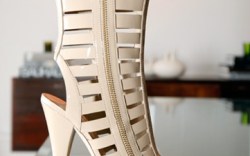 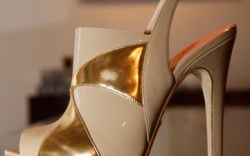 New York designer Alejandro Ingelmo’s newest collection offers more than his usual bondage-inspired platforms. “This season, I’m still doing the tough girl, but it’s the tough girl gone pretty,” according to the designer. “I’m continuing to play on a hard/soft contrast but it’s all about taking these statement-making silhouettes and finding a way to soften them up.” Rather than doing hard-edged biker chick styles in black, he turned to soft colors such as blush and ice blue to lighten things up. He also worked single-soled round toe pumps in nude patent and snakeskin to elegant effect.

Alejandro referenced Cocaine Cowboys, the 2006 documentary about the early ‘80s, as an influence on the new line. “The film shows Miami in its boom years and all the excessiveness that was part of that time. Looking at history, people tend to back away from things that are too much,” he said. Demonstrating the subtlety of a taupe patent leather bootie with gold inset panels, the designer continued, “I wanted to approach the borderline, but not push past the breaking point. I think this gold/taupe combination is right on the money.”