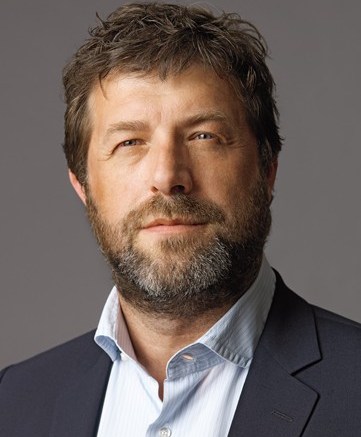 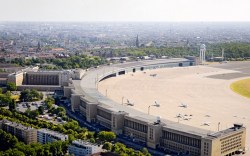 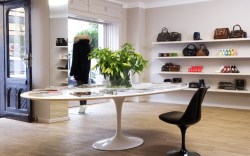 Homecoming
After four years in the Spanish beachside city of Barcelona, Bread & Butter is returning to its German roots in Berlin, the city where its organization is headquartered. The fair, held July 1-3, will be housed in a new venue: the former airport Berlin-Tempelhof. The innovative setting encompasses seven airport hangars, a former departure hall and a roofed airfield.

Among the footwear brands that will exhibit at the show for the first time are Asics, workboot brand Viberg Boots and upscale men’s footwear brands Trickers and Premiata. While the total exhibitor count will be lower — in Barcelona there were 800 brands, while Berlin will feature 550 — organizers are upbeat that the show will be edgier than past editions.

Here, the show’s head, Karl-Heinz Müller, weighs in on the return to Berlin and how the global recession is affecting the trade show industry.

FN: Have you lost many Spanish exhibitors?
KHM: We’ve lost some smaller ones that don’t sell internationally, but the important ones, including Camper and Custo Barcelona, are in Berlin with us.

FN: You’ve had a good showing from athletic brands in the past. What big names will be there this year?
KHM: Adidas, which has not been here for a while, will be showing, and so will Nike, New Balance, Reebok and K-Swiss. It’s just Puma that isn’t showing.

FN: Is Berlin more attractive to U.S. buyers and exhibitors?
KHM: In general, people around the world love Berlin. We have sent out more than 100,000 visitor invitations and are expecting to see most of the important U.S. buyers, as well as buyers from Canada, Australia and Japan.

FN: How will the global recession affect this edition of Bread & Butter?
KHM: Because we are the biggest urban-wear fair, we have all the most important brands and the newest brands here, which make us one of the winners in the crisis. Buyers will choose us over other exhibitions. There are now too many fairs, and visitors will attend fewer in the future.

Sounding Off
Exhibitors and retailers weigh in on the shift in location and expectations for the show.

Richard Wharton, footwear consultant, U.K.
“I don’t think as many people will go to Berlin. There aren’t as many cheap flights there, and it isn’t as glamorous as Barcelona. Berlin’s an autumn city, although it’s still cool and has better stores.”

David Bell, sales manager, Pretty Ballerinas, Spain
“Buyers will come from all over Europe — and even some from outside Europe. Obviously, the large part of visitors will be from Germany and other countries close to the fair. We’ll start to get more buyers from Eastern Europe, especially Poland, where we’ve seen more interest recently.”

Sjors Bos, brand director of Firetrap, U.K.
“I believe Bread & Butter Berlin will be full of excitement due to the new location and the efforts of the organizers. Both [Berlin and Barcelona] have their unique angle, and for me, Berlin has the greater fashion vibe.”

The Shopping Scene
The Corner, one of Berlin’s top multibrand retailers, will play a shoe-starring role during Berlin Fashion Week.

Starting July 1, the East Berlin branch of the store, at 40 Französische Strasse, will host the Swarovski exhibition based on the ruby slippers from “The Wizard of Oz” that was first unveiled in New York last year.

Footwear will also be a major focus for the retailer. Shoes account for 35 percent of the company’s overall business. According to co-owner Emmanuel De Bayser, The Corner is one of three German stores to sell Christian Louboutin, which has become its bestselling shoe brand.

“The business is huge,” he said. Other key footwear brands include Balenciaga, Pierre Hardy, Chloé and Lanvin for women, and YSL, Lanvin and Pierre Hardy for men.

Around Town
Bread & Butter will be held during a frenetic fashion week across Berlin that will also feature runway shows and other trade show exhibitions.

Mercedes Benz Fashion Week Berlin, set for July 1-4, will feature an expanded lineup of designers — including Custo Barcelona, Escada and Gant — from Germany and across Europe.

Ralf Strotmeier, a spokesperson for Premium, said a number of retailers from the U.S., including Atrium from New York and H. Lorenzo from Los Angeles, are expected to attend.

Like Bread & Butter, Premium also is housed in a novel location: the former postal freight depot at Gleisdreieck.