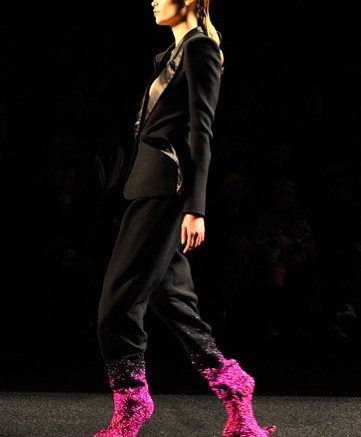 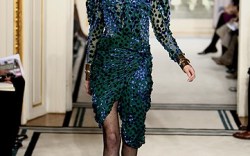 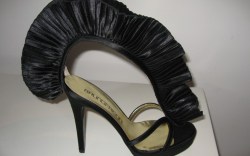 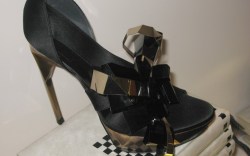 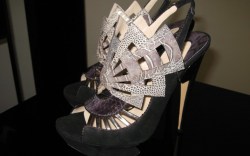 Several footwear designers at the Paris Collections have greeted the economic crisis with one-of-a-kind fall styles that set a new standard for directional footwear.

Laurence Dacade’s vertiginous stunners for the Nina Ricci runway caught the fashion pack’s attention early in the week. “These aren’t shoes, they’re sculpture,” Dacade told FN. And since then, many other collections have generated major buzz in the City of Light.

At Balenciaga, Pierre Hardy’s silk ankle boots with ribbon ties created a stir. With the extensive permutations of ankle boots, booties and sandals in varying colors and materials, the designer said “it could be the largest range of styles we’ve done on the runway.”

Of his eponymous line, designer Bruno Frisoni said, “People have not come here looking for a regular pump — they come here for something á mode, something not extreme, but elegant, something you don’t find anywhere else.”

His philosophy in the midst of tough times is that it’s not so much about the numbers but selling the right thing to the right retailers.

Dacade said her response to a slumped economy was “to create shoes that make you dream.”