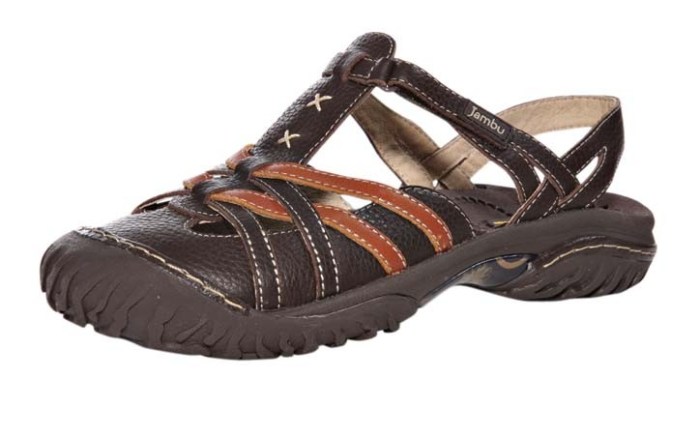 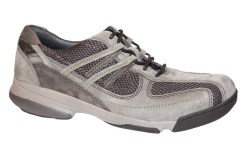 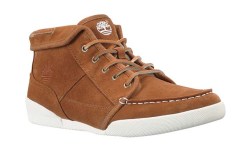 Fruit Flavored
New York-based Vida Shoes International will embark on a new footwear adventure next spring with the launch of Jambu, an evolution of the outdoor-adventure concept it created with its successful J-41 brand. Named for the sweet fruit of the jambu plant, the new women’s series offers a range of sport, casual and tailored looks versatile enough for the city or the country. For enhanced comfort, contoured memory-foam footbeds are featured throughout the line. Select styles are available in waterproof leather, as well as vegan materials. The shoes also feature outsoles made of partially recycled compressed rubber and packaging made of recycled materials. Slated to deliver in January, Jambu will retail from $99 to $119 at premium department stores and independents.

Body Language
Hush Puppies, a division of Rockford, Mich.-based Wolverine World Wide, is jumping on the wellness wave with the Body Shoe collection for men and women. Engineered to balance wearers as they walk, the shoes have a sole with a beveled heel and toe that increases walking efficiency by promoting a smoother and more natural motion. In addition, the shoes’ anatomically correct last eliminates rubbing and friction, while the multidensity footbed features OrthoLite in the arch for added support and Poron in the heel and ball of foot for shock absorption. Included in the offering are sandals, athletics and casuals, retailing from $90 for women’s to $100 for men’s. Delivery is scheduled for January, with distribution targeted to better independents.

Work Order
Timberland is taking a cue from its Pro work division. For spring ’10, the Stratham, N.H.-based company will debut a collection of men’s and women’s everyday styles featuring Pro’s anti-fatigue technology. Designed to deliver all-day standing comfort, the shoes include molded inverted cones on the outsole that collapse and return in key pressure zones. The cone support results in less material, allowing for a lighter shoe, while the enhanced shock absorption and higher energy return reduce fatigue. The men’s portion of the line will include such styles as sport looks and chukka boots (at left, below), retailing for $70 to $200, while the women’s offering, for $70 to $140, will feature ballet flats, pull-on boots and other looks. Both will deliver in January.