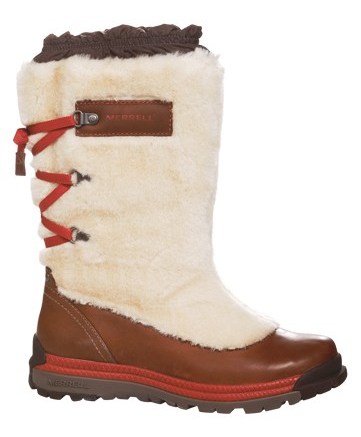 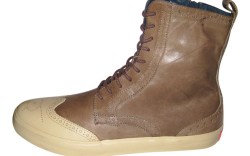 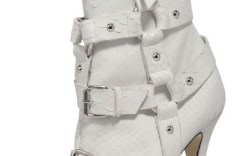 Today, Zappos.com is arguably the go-to Website for footwear, and business partners can’t say enough about the retailer. But things haven’t always been so easy.

Before convincing consumers to buy goods online, the Zappos team first had to find brands willing to take the risk with their product.

After knocking on doors and selling the idea, vendors began to gamble on Zappos, and the site’s shoe offering grew dramatically after the first year. At the end of 2000, the company offered 58 brands, including big players such as Skechers, which today sells nearly 1,000 styles on the Website. By 2006, that number jumped to a total of 511 brands.

Today, Zappos carries 1,326 brands, and buyers are continuing to evaluate the assortment.

Fred Mossler, who now oversees merchandising, marketing, creative services and product presentation, among other departments, remembers clearly his first day at Zappos. It was 1999, and he attended The WSA Show. “After four days of the show, we walked away with four commitments: Sudini, Tommy Bahama, Bostonian and Rochester Shoe Tree Co.,” he said.

The opposition in the beginning came from shoe companies, who were wary about selling their try-and-fit product online. Very few of them even had Websites at the time.

“In the mid-1990s, nobody thought shoes would work on the Internet,” said Tim Patwell, U.S. director of sales at Camper.

And many believed the dot-com implosion was evidence that e-commerce couldn’t work at all. In fact, a number of manufacturers instituted a policy in which they would only sell to online sites that also had well-known brick-and-mortar locations, leaving Zappos out of the mix.

“Serendipitously, we had a change of management, and I talked to my boss about selling to Zappos. … It was just the right time, and we became one of their first brands,” said Tom Austin, director of online businesses at Clarks.

As interest grew, Mossler and his team set out to make the shoe-buying experience as easy and user-friendly as possible for the consumer, hoping that would convince more vendors to join the site. “We showed vendors we’d spend a lot of money to make sure we had the best images,” he said.

Such details included pictures of the shoes from six different angles and images of all the available colors for each product and brand biographies — still prominent features on the site today.

“A brand such as Camper, that is 50 years old, has such a history, and it’s hard to tell that story through a shoe or two. You have to offer some background,” Camper’s Patwell said of the biography feature. “We don’t have an advertising budget that allows us to get our name out there in a big way right now, so that’s been the value through online partners — it becomes a marketing partnership.”

Now that Zappos has established itself in footwear, the company has added various other categories, from clothing and handbags to tech gadgets and housewares, but the majority of the business — about 85 percent of sales — is still in footwear.

“A year ago, [shoes were] 90 percent, and two years ago they were 97 percent,” said Galen Hardy, senior director of the casual lifestyle and performance divisions. “The other categories are growing and becoming a bigger part of our business. But [footwear] is still pretty huge in terms of our sales.”

The retailer now boasts a variety of top brands, including Nike, Giuseppe Zanotti, Steve Madden and Merrell, scattered across the men’s, women’s and children’s channels on Zappos.com and its off-shoots, including Couture.zappos.com and Rideshop. Zappos.com.

The footwear buying team has grown in the past several years. Initially, it relied on one buyer, as well as consumer feedback to discover what customers were looking for.

To maintain a fresh assortment, the team is always evaluating their buy, said Steve Hill, VP of merchandising. “We look at sales and what has had previous sell-throughs,” he said. “We’ve had to drop brands. We’ve brought them back at times, or we’ve dropped them completely. It’s about listening to your customers, making sure you’re always bringing in fresh merchandise and have what they’re looking for.”

According to the site’s loyal vendors, Zappos has been able to do that better than most.

“They’ve really set the bar for Internet retail,” said designer Donald Pliner, who started working with the company in 2000. “The one thing retailers say to themselves today is ‘how do we compare with Zappos?’”

To further distance themselves from competitors, Hardy said, the company constantly aims to carry shoes that other retailers won’t stock or haven’t heard of.

And while many retailers are betting on well-known brands during the recession, Zappos executives said now is the best time to enhance the current assortment with new labels and styles.

“Right now it is especially important to take a look at new brands because customers need to be inspired to purchase and need to see things they haven’t seen before,” said Mossler. “In difficult times, you often see a lot of innovation happening, and we have our eyes wide open for that.”