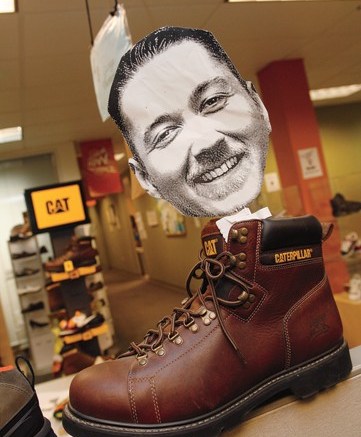 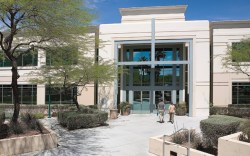 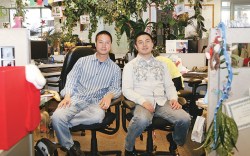 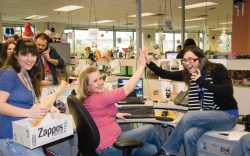 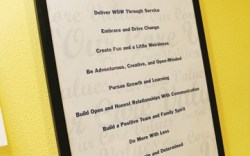 They said it couldn’t be done.

When Zappos.com debuted a decade ago, a number of retail analysts — including a few who were quoted in Footwear News — said shoes would be too difficult to sell online. Fast-forward 10 years, and Zappos is celebrating its anniversary as a billion-dollar business, one that has become the gold standard for other shoe e-tailers.

“We have news articles posted up at the office from back in the day that say nobody will ever buy footwear online,” said Kris Ongbongan, systems manager at Zappos. “We use that as motivation to do our work, to prove them wrong.”

Zappos began as a startup in San Francisco, with a few employees convincing vendors to take a chance on the business. As the employee roster grew and the company headquarters moved to Henderson, Nev., Zappos kept its eye on expansion — increasing brands and services and maintaining its own inventory in Kentucky. Over the years, the site has added additional specialty sites, blogs and brand homepages. In 2007, the retailer even bought discount shoe site 6pm.com.

But the latest push has been outside footwear, and executives are delivering the message loud and clear: Zappos is now focused on selling apparel.

Still, as the company shifts gears, CEO Tony Hsieh said customer service and a strong corporate culture remain top priorities. “We always viewed company culture as important, but we didn’t really write down our 10 core values until three or four years ago,” said Hsieh. “I always thought of that as big company stuff, but I wish we had done it sooner. We would have gotten to this point much faster.”

Even so, the current recession hasn’t completely bypassed Zappos. Last November, Hsieh laid off 8 percent of the company’s almost 1,600-person workforce to ensure that it would continue to be profitable and that cash flow would remain positive in 2009. After alerting employees, he announced the decision on his blog and via Twitter. (Hsieh has become quite famous for his Twitter activity, posting multiple updates on the social networking site each day and garnering more than half a million followers at press time.)

“This is actually the second time we’ve had to do layoffs across the board at Zappos,” Hsieh wrote. “We’ve been around for nine-and-a-half years, and the first time we had to do layoffs was during the early years of the company, when we laid off about half our staff due to a bad economy and our inability to raise funding. At the time, we still were not profitable.”

Times have certainly changed. Zappos had its most profitable year in 2008 — reaching the $1 billion mark in gross sales a year earlier than expected.

Now, even as it celebrates its anniversary, the e-tailer is already looking at possibilities for the future — including ventures that could stretch beyond the Internet.

It could also mean the $2 billion mark isn’t too far off.