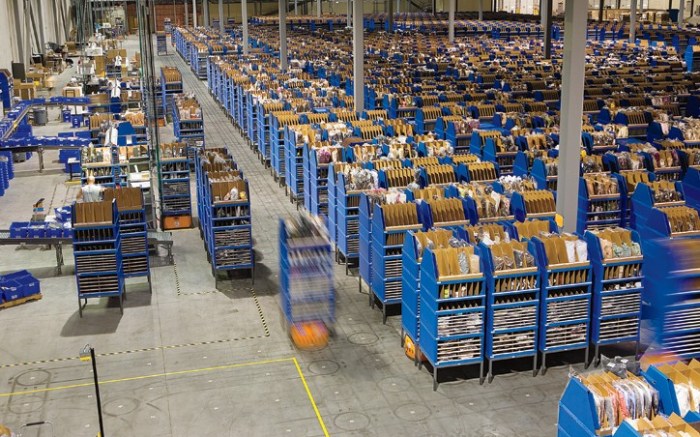 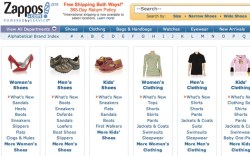 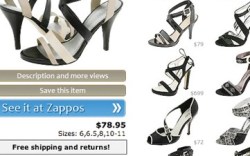 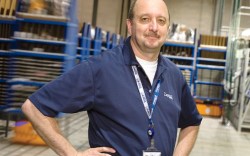 When Zappos.com debuted 10 years ago, the entire site ran on one server. Now, 250 servers work continuously to ensure that every customer’s shopping experience is seamless.

While significant technology developments have spurred the company’s growth over the last decade, some would argue Zappos’ functionality isn’t overly advanced by tech-world standards.

But now, Zappos.com is in for a major overhaul. The new Website — called Zeta during its beta testing phase — will officially launch this year, with the majority up by the summer. Its refreshed design will better reflect the company’s move into apparel, watches, electronics and cosmetics.

“We’ve been phasing it in by sending more and more traffic to it,” said Brent Cromley, director of development at Zappos. “We are just keeping the old [site] around as a shell.”

In fact, a majority of Zappos’ current content — about 80 percent — is served by Zeta. That includes all search results and brand pages. The delay for the rest is to ensure the company won’t see a drop in its placement on Web searches. It’s also to ease customers into the major changes.

“There were a lot of people who said, ‘I like the old way of shopping,’” said Cromley. “That’s because for eight years they’d shopped the same way on Zappos. When you change their shopping experience, you have to be careful it’s not going to shock them.” The company is still surveying users to find more ways to improve the overall online experience.

Anytime a site is redesigned, there’s sure to be a backlash from devoted fans of the status quo — think Facebook’s redesign in March, which triggered a rash of complaints. However, preliminary reviews of Zeta have been favorable.

“The new site is a little less ugly and confusing,” said David Fry, president of Fry Inc., an e-commerce branding firm based in Ann Arbor, Mich. “But compared with Amazon.com and other major e-commerce Websites, it’s a lot more complicated to use.”

Kris Ongbongan, systems manager at Zappos, said it should actually be easier to find items on Zeta. “The biggest change is the search functionality,” he said. “The old version of Zappos was built to sell shoes, and [now] we are branching out to different product lines.”

For example, a search for “gold” now offers watches, handbags, belts and other items, rather than just gold shoes.

Offshoots from the main site, such as Explore.zappos.com, a visual navigation site, and VIP.zappos.com, a members-only site that will soon offer a personal shopper to users via live chat, will also become easier to execute through Zeta.

In addition, the Zappos team now will be able to track what percentage of users view a product page, how many of them put that item in their cart and then who actually makes that purchase. The goal is to pinpoint how people prefer to do their shopping.

So far, Cromley said, “the site, overall, is performing better [than the old one]. People are finding more products and actually buying them.”

As the popularity of social networking grows, more e-commerce sites are seeking to incorporate aspects of it into the shopping experience, including Zappos.

“We’re trying to bring in the customer to be a bigger part of the site,” said Ongbongan. “We are getting out there in social media and trying to get the customer involved.”

One way is Twitter, the free service that allows users to share brief commentary (just 140 characters or less) with friends and contacts. Tony Hsieh, CEO at Zappos, has been among the earliest and biggest proponents of Twitter. He has more than 300,000 followers, who read everything from day-to-day business decisions to details of his appearance on “The Celebrity Apprentice.”

Last November, Hsieh even used Twitter to announce the decision to lay off 8 percent of the Zappos workforce (including a link to the e-mail he sent employees) — something business experts said was revolutionary in the way management communicates difficult decisions.

“Other companies everywhere were making layoffs, but Zappos was able to make their small layoff into a big win for the company,” said Fry.

Zappos also is considering how it can replicate the in-store experience online through social networking. The development team plans to roll out another feature that offers more interaction with friends. Though they remain quiet about exactly what it will entail, they said it should be in place by the third quarter of 2009.

“We want our customers to have something like a profile page, where they can put up what they are considering buying and have people comment on that,” said Cromley. “Right now, when you shop online, it’s very isolated.”

Fry said that while most online shoppers aren’t looking for a real-world experience when buying through the computer, they are happy when they find it.

“The social media stuff is also about narcissism,” said Fry. “For some people, shoes are part of their identity. There’s an audience that wants to tell the world about all the shoes they bought. And Zappos’ ability to bring social networking to the Website will gratify that need.”

At Zappos, a look inside the order fulfillment center is a peek into the future.

The company’s 24-hour, seven-days-a-week warehouse in Shepherdsville, Ky., boasts one of the most technologically advanced systems in the country — robots included.

“For us, this is the future of fulfillment,” said Craig Adkins, VP of operations at Zappos. “We are not a Charles Dickens idea of a warehouse with a 60-watt bulb in a giant building.”

At 832,000 square feet, the warehouse houses 70 small, orange-colored robots working to complete orders in just eight minutes. The robots, made by Woburn, Mass.-based Kiva Systems, are new for the industry and came to Zappos last July.

They are simple to operate: Employees stand at stations on the perimeter of the warehouse, while the robots bring them shelving pods that contain the items. The person then scans each item and drops it in the box that will be shipped to the customer. The robots then return the pods to storage.

Multiple-item orders are just as easy. Because the robots know where — and how far away — each item is in the warehouse, they can adjust the time it takes to retrieve it, ensuring that each item in an order arrives at the picking station at the same time.

Adkins said the robots have brought many benefits. “We’re about twice as productive from a labor standpoint because you need fewer [human] touch points with the product,” he said. “When you pick items, they go directly into the shipping container. So you get twice as much work with the same labor.”

Additionally, the system uses half the energy as the old system of conveyors, takes up less storage space per square foot and can grow with the company. In fact, as Zappos pushes beyond shoes and toward other product categories, the system will be able to expand and handle different types of product.

Still, human labor will never be a thing of the past. Processing returns, done in the same building, remains just as important to the business model as fast fulfillment, since one-third of all items is returned to Zappos. “I can’t imagine that being automated,” said Adkins. “It requires thousands of judgments.”