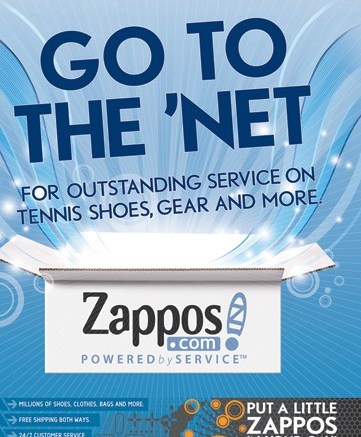 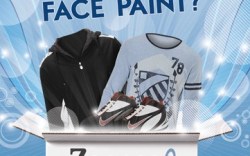 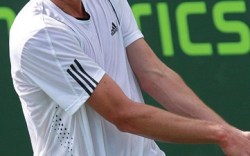 In the beginning, Zappos.com relied on word-of-mouth to build brand awareness. Now it has achieved the final stage of its evolution — with a TV campaign airing on major cable networks.

Yet it isn’t easy for an Internet company to sell itself. Not only must it compete against other e-tailers, but even now it must contend with consumer uncertainties about shopping online.

Mike Gatti, executive director of the Retail Advertising & Marketing Association, a division of the National Retail Federation, said the most successful online merchants have built a level of trust. “Customer service is key,” he said. “A few [sites] really stand out with free shipping both ways, and they’ve made returns easy. They’ve seen where the challenges are for customers, and they’ve worked hard to make it easier for them.”

In addition to relying on word-of-mouth, Zappos also has signed with an affiliate network, where online partners, including blogs, shopping sites and comparison sites, drive traffic to Zappos and are paid a commission on the sales completed. The company is currently a member of Commission Junction, with 3,200 partners.

“For most online [companies], affiliate marketing is such an easy, affordable way to get your name out,” said Ned Farra, manager of online partnerships for Zappos. “They drive the traffic and build brand awareness. They do the work for you.”

However, Farra explained, as an online company grows it can use more cost-effective ways to drive sales, such as direct mail and search engines, which allow it to control its message more effectively.

Roughly a quarter of Zappos’ sales come from affiliates, but search engines are its most profitable direct marketing avenue, said Matt Burchard, the firm’s director of content and direct online marketing. “As the search engine marketing becomes more robust, we see it eroding the affiliate channel,” he said.

But direct marketing can only get a company so far.

In 2008, Zappos spent roughly $11.6 million on traditional measured media, according to TNS Media Intelligence. That included the company’s first TV campaign, with the tagline “Put a Little Zappos in Your Day.” The ad featured no product, but instead functioned as a brand-building exercise.

Zappos also spread the word last year through print ads in a wide range of national magazines, from Lucky to Backpacker. And its New York-based creative agency, The Ad Store, created a guerilla campaign that put ads on the bottom of airport security bins.

“Even though we have 10 million customers, our reach is pretty limited in terms of [the percentage of] the population who knows about us,” said Aaron Magness, Zappos’ business development manager. “We want to make sure that more people know who we are.”

To do that, Zappos’ is entirely focused on television advertising in 2009.

“On the brand side, we have limited budgets,” said brand marketing manager Michelle Thomas, who oversees Zappos’ three-person brand division. “So that’s where we decided to put our media mix. That’s where we’ve seen the most bang for our buck.”

At the heart of the 2009 campaign is a commercial called “Step In,” which expands on the previous tagline and highlights apparel and shoes. It shows customers outfitting themselves head to toe in different types of merchandise. Also appearing in the commercial are lines from Zappos’ core values, including “Create fun and a little weirdness” and “Deliver wow through service.”

And the marketing team took those values to heart. As evidence of its “Do more with less” tenet, it created eight different spots out of the ad concept, which it will use throughout the year and tailor to specific seasons.

Magness said that the firm is being more careful with its budget this year and reduced its overall ad spend. “We did large-scale testing last year, like the airport bins. But this year, we’re testing smaller things,” he said, adding that the decision resulted from an evolving strategy and was not directly related to the recession.

Other aspects of its TV push are product placement and event sponsorships. For instance, in early March, Hsieh appeared as a guest on an episode of “The Celebrity Apprentice,” in which the contestants had to create a comic book character that represented the site. The winning choice, a character called Miss Z., was featured on the Zappos site.

The company also sponsored the televised West Coast Conference basketball championships in Las Vegas last month, as well as the Sony Ericsson tennis tournament in Miami. Tennis player Sam Querrey, who competed in the tournament, is being sponsored by Zappos — the company’s first athlete endorsement deal.

In addition, this winter, Zappos will return as the presenting sponsor of the Las Vegas Marathon. Thomas said the company is choosing its events because they’re local or have a special tie-in to Zappos’ goals.

“[The tennis sponsorships] came about internally,” said Thomas. “People here were passionate that we needed to be involved in the tennis space, and the demographics work out. We’re still working on what that whole sponsorship means.”

But while Zappos will be popping up more at events and on TV this year, it’s not abandoning its online efforts, particularly its social networking on sites like Facebook.com, YouTube, Twitter and its own blogs.

“We use real Zappos employees in our e-mail, blog and social networking efforts,” said Magness. “We don’t use it as a sales tool, but as a way to show customers that there are real people behind the business.”