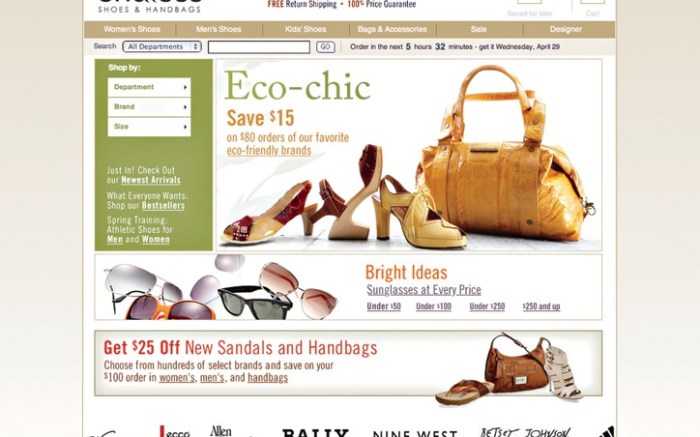 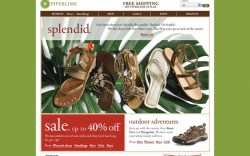 In 1999, shoppers started to buy books, small electronic gadgets and other hard-to-find items online with greater frequency. But few of them nabbed clothing. Even fewer splurged on shoes.

Odd timing, then, to launch a Web business that hawked footwear, with all its sizing nuances and inventory pitfalls. But that’s exactly what Zappos.com did — and in the process, ushered in a new era of shopping.

Online footwear sales cracked $5 billion in 2008, according to Forrester Research. Zappos is responsible for $1 billion of that.

Sure, the company is flying high now. But a decade ago, Zappos brass had nothing but hard work ahead of them. They first had to convince vendors that selling shoes online was a viable alternative to traditional brick-and-mortar retailers. And they also had to show consumers that e-commerce was safe and hassle-free.

To do that, Zappos offered a year-round return policy, along with a handful of other consumer-friendly perks, including free shipping and round-the-clock call centers, among others. Eventually it sped up the delivery time from three days to overnight.

“They did whatever it took to get consumers comfortable with shopping online,” said Marshal Cohen, chief industry analyst at The NPD Group, based in Port Washington, N.Y. “They made purchasing easy.”

Zappos also improved the time it takes to buy shoes, which became a benchmark for the industry, according to Cohen. For instance, buying footwear in a department store still takes as long as 47 minutes, from entering the floor and waiting for sales help to checking the backroom inventory and buying at the register, the NPD analyst said. By comparison, buying online takes only 11 minutes, including the time it takes for computers to upload images.

“They’ve successfully provided shoppers with the instant-gratification factor — the instant knowledge of knowing whether their size is in stock and for purchase,” Cohen said.

With online sales off to a good start in Zappos’ early years, it’s little wonder that others soon saw online selling as not only a viable business but a highly lucrative one.

Now the Web is full of formidable competitors, including Shoebuy.com, which also launched in 1999, Piperlime.com, Endless.com, Shoes.com and Shoemall.com. And there are hundreds of others, from lesser-known sites such as Onlineshoes.com and Solestruck.com to individuals who are striving to sell just a few pairs. What’s more, department stores and traditional chain stores have entered the e-commerce arena with their own sites. And vendors who sell directly to consumers also pose a threat (although the company is combating that with its Powered by Zappos initiative, where Zappos hosts an e-commerce site for the vendors, complete with fulfillment and customer support).

But even with all the players in the business, there’s still room for growth.

Sucharita Mulpuru, a principal analyst of e-business at Forrester Research, said the $5 billion raked in last year for footwear is tiny compared with the $170 billion consumers spent online in 2008 for all goods.

While there’s been growth, online footwear retailers now must find ways to stand out from their competitors.

“When we looked at the other sites out there that sell shoes and handbags, they were either good at fashion branding or great at fulfillment of customer service — we didn’t see any competitors that were great at both,” Toby Lenk, president of Gap Inc. Direct, which owns Piperlime.com, told Footwear News earlier this year. “To some extent, we feel we’re unique. We watch our competition, but we’re more focused on improving what we are doing. We don’t carry every shoe. We’re not a warehouse.”

Even so, today’s online players are trying to one-  up each other. They’re all adding new brands and better-edited selections at a brisk pace. Occasionally they will engage in promotional activity or offer sweetened purchasing incentives. And many are rounding out their offerings by expanding into specialty footwear categories, or carrying other items such as clothing and accessories.

Zappos took such a step in 2007 when it bought 6pm.com — a move that offered a different level of service and, by keeping it as a separate entity, enabled Zappos to focus on lower-priced merchandise. (The site just relaunched last month with a new design.)

“We stand out because we believe, top to bottom, we are about taking care of customers and providing them with the best shopping experience,” said Hill. “People can copy our policies and processes, but they can’t copy our people and our culture.”