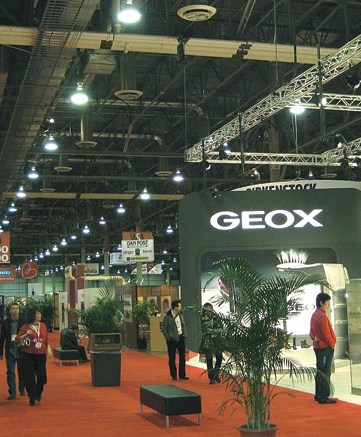 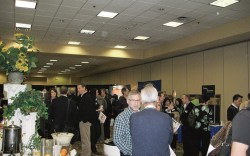 View Gallery 2 Images
LAS VEGAS — With the recession in full swing, buyers from across the country attended the WSA Show in Las Vegas Feb. 12-14 with a cautious eye, with some slashing fall buying plans by more than 20 percent.

Karen Lazarus of Sole Comfort in Newport Beach, Calif., is cutting back 15 percent on her fall order. Though she had a great end to 2008, Lazarus said at the NSRA Conference, held a day before WSA opened, that January proved to be tough and February has been equally difficult.

“We have not decided yet exactly which vendors to go forward with. We are making a few changes, dropping some and perhaps picking up a few new ones,” she said. “But consumer confidence is way down. It’s nerve-racking.”

John Holden of Philadelphia-based Benjamin Lovell Shoes plans to cut fall inventories by about 20 percent, with Italian brands being the first to go due to high prices, said the retailer. Holden also plans to buy closer to season to combat the tough retail environment.

While scoping out trends and fill-in items at the show, buyers were also using the time to strategize with vendors about how to work together to strengthen business.

Ross called on vendors to be more accomodating during the dismal economic period.

“The risk can’t be on the retailer anymore,” Ross said. “The manufacturer has to take some of the risk if they want to be in business and they know this. They’re [extending payment periods] and working with us. The ones that aren’t just won’t get business.”

Holden agreed that relationships are key right now and may make or break an order.

“We are sharing the responsibility with vendors. Things such as extra-dating help manage inventory. Those that we have great relationships with are the ones we will deal with first,” said Holden.

Whitney Dunn and Casey Stribling of The Perfect Pair in Nashville, Tenn., found wholesalers were more willing than ever to work with the duo.

“They are letting us write a lot of our own sizes and order smaller minimums,” said Dunn. “Now that we know they can do this, hopefully it will be a lasting practice.”

Dunn and Stribling are betting on a high-low mix for fall, they said, adding more options in the $200 range while still stocking higher-priced lines such as Dusica Dusica.

The flexibility in ordering, coupled with lower-price points, is encouraging several retailers to take a risk on adding brands that they haven’t carried before.

Danny Wasserman of Tip Top Shoes in New York scaled back nearly 18 percent for fall, but is also committed to bringing in fresh labels.

“We’re also introducing new brands to the store, with the goal of trying to put some spice into the mix. We’re putting in more Steve Madden and Jeffrey Campbell, so that by going a little younger we can extend our selections,” he said.

“You absolutely always have to have new brands coming into the store, that’s always important,” said Ross, who has added Velvet Angels and Joan & David to the Kitson assortment. “Local customers come in all the time asking for what’s new. How would the [retail] world go around if no one tried anything new?”

Lester Wasserman of sneaker boutique West in New York said he wouldn’t turn down a new brand if the styling was fresh and trend-right.

“Anything new is great. But to bring in something brand-new right now, it would have to be so relevant and so important,” he said.

One of the primary reasons that retailer Tracie Grundman-McNeece of M.G. Grundman & Sons in Vincennes, Ind. hit the show was to track down new brands with a better value than the pricey work boots she had previously carried.

“If I can find [a good value], I’d like to bring in some new brands. I’d love to add something in that sweet-spot $40 range,” said McNeece, who is also open to adding expensive brands if it will stimulate consumer excitement. “We talked about adding MBT. I wouldn’t [avoid] new options just because of the economy.”

Equally as important as newness, however, is stocking proven brands and styles, according to the retailers interviewed.

“I’m not cutting back on my important players,” said Chuck Gordon of Pittsburgh-based Gordon’s Shoes. “Our Dansko business is very strong, as is our MBT business, and consumers want to see that we have those selections. Anything that has marginally performed or is really peripheral is what you don’t need right now.”

“For fall, we’re looking to give our customer those solid basics,” said Rachel Funk, buyer and merchandiser at Shoemall.com, citing menswear looks and plaid and tweed materials as key trends. “Fall will be a huge boot season, from the peep-toe booties and the boot evolution to over-the-knee boots.”

Amy Weiss, women’s buyer for Shoes.com, also noted that over-the-knee styles are a sure winner for fall, and she said brands including Steve Madden and Chinese Laundry are “on fire” for the e-tailer.

And brands such as Ugg, Hunter, Frye, Sam Edelman and Dansko have Tannery co-owner Tarek Hassan approaching the season with confidence. In contrast to most buyers, Hassan said he plans to increase his fall orders by 15 percent to 25 percent.

Looking ahead, many retailers acknowledged their sales would be off, but they are staying upbeat, and several said they felt encouraged by a strong show.

“We had a great show. There’s a lot of buzz in the industry as to whether or not WSA will continue as it is, and I can’t sort any of that out. Is it as strong as it was five years ago? No. But from my perspective, it is still the best show that exists right now,” said Gordon. “Regarding the economy, people who run a good business, especially on the independent side, will be fine.”

“Yes, there are tough times out there, but if we stay focused, we know it will turn around,” said Funk, who added that the show was a grand-slam for her team. “And if we’re offering what [our customer] wants at that time, we’re going to be sitting really well.”

Other retailers said they felt they had a better grip on the economic situation.

“I feel a little more secure about the future and feel that we’ve seen the worst of it. Now we know what we have to do. I’m not optimistic, but we know how to steer the ship better than we did three or four months ago,” said Danny Wasserman.

“People are going to be more price conscious for sure, but there have been recessions before,” said Lazarus. “We’ll come out of this one, too.”