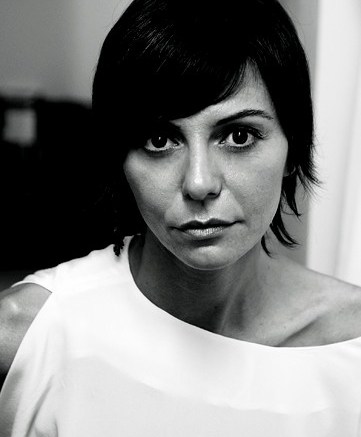 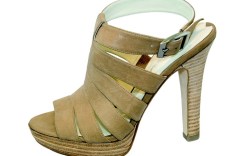 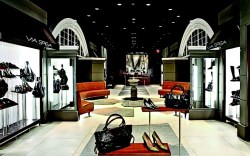 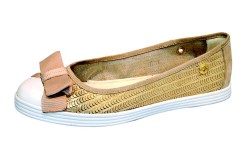 Via Spiga is on a new path.

Though the nearly 25-year-old brand has enjoyed a loyal following for its sophisticated day-to-night shoes, company executives are now making a push to mix things up, tap into Via Spiga’s roots and position the brand at the forefront of the bridge market.

Established in 1985 and named after one of Milan’s more fashionable streets, Via della Spiga, the brand found success with Italian-made pumps for the office and evenings. But over the years, it struggled through a series of acquisitions — which ultimately ended in 2005 with Brown Shoe Co.’s takeover of the brand.

“Via Spiga lost its way a little bit during all those changes,” said Jay Schmidt, SVP and GM of Brown’s image brands, who joined the company and took the helm at Via Spiga in June 2008. In the year since, Schmidt has been working to strengthen the product mix and bring a clearer focus to the brand. “Whenever something is not quite connecting with the customer, you have to look at the reasons why,” he said. “It became clear that, while we had some good shoes along the way, we didn’t have that one person pulling together that branded effort.”

To that end, Brown searched for a creative director who could build a lifestyle brand, from working with accessories licensees to overseeing construction and present it in a cohesive way. “A creative director isn’t just a title,” Schmidt said. “It’s someone who can drive the whole collection from the handbags to the trench coats.”

In February, Via Spiga recruited footwear veteran Paola Venturi — who has spent the last 18 years designing for the likes of Sergio Rossi, Calvin Klein and Kate Spade — to take the creative reins of the women’s offerings (the men’s collection is licensed to Eastman Footwear Corp.). “She has a great taste level and is constantly working with the suppliers, the last factory and everything she needs to create a sophisticated design effort,” Schmidt said. “The customer has a lot to choose from, so we need to hit the mark in every category.”

Now, after six months on the job, Venturi — who is based in Milan and works closely with Brown’s office outside Florence, Italy — is building relationships with licensees, formulating a clear message about the Via Spiga lifestyle and making inroads with factories in China and Brazil, where production is split 60 percent to 40 percent, respectively. “For the first time in my life I am the one giving all the direction,” Venturi said, pointing out that while production has moved away from Italy, the footwear is still sourced and designed there.

Venturi’s inaugural collection for spring ’10 introduces espadrilles and fashionable sneakers, as well as sandals and towering platforms. “Via Spiga is all about the materials and the tailored look,” she said, noting that she tried to stay true to Via Spiga’s roots while elevating the $175-to-$395 collection with edgier styles. “We want to move that forward and also be more about the fashion.”

That’s where Brown, which has been steadily growing its portfolio to include more fashion-forward women’s brands, hopes to see the payoff, said company President and COO Diane Sullivan. “Via Spiga has a unique opportunity in the market, offering women sophistication, quality, style and value in footwear that can be worn every day,” she said. “We have a terrific team focused on growing the brand through great design, retail partnerships and marketing campaigns that resonate with consumers.”

The efforts, retailers said, are already paying off.

“[The new collection] offers a very compelling assortment of fashion,” said Debbie King, VP and DMM of women’s shoes at Bloomingdale’s. “Before, it lacked a lot of that. Now it has the right fashion items, and it has a very well-balanced assortment of casual, dress and fashion [product].”

Liz Rodbell, SVP and GMM of shoes at Lord & Taylor, said the revamped collection is likely to pull in both returning and first-time Via Spiga customers. “It [has] strong equity with our consumer,” she said, “but the new designs also appeal to a broader customer base.”

For Via Spiga’s longtime retail partners, Venturi’s
appointment has also brought renewed excitement.
Mike Normart, senior director of brand development for Zappos.com, was originally drawn to the label while buying for Nordstrom in the 1980s and 1990s. And though he continued to buy Via Spiga over the years, the newest collection harks back to the brand’s roots, with edgier leather styles priced solidly in the bridge zone. “A lot of the silhouettes are back to that old sexiness,” said Normart, who plans to up Zappos’ $1 million business with the brand by at least 20 percent for spring ’10. “[Via Spiga is] going back to the things that worked well in the past, but with a really modern twist.”

While Brown has plans for growing the brand, which has more than doubled its international presence since 2005 and is sold in 17 countries, the shaky economy has forced the company to reassess how to approach branded retail expansion. Plans announced in 2007 to bow more than 100 Via Spiga shops in China by 2012 have been temporarily shelved, while executives try to bolster wholesale accounts. Still, Via Spiga has seen recent success closer to home with the October opening of its New York flagship in Soho. As Via Spiga’s only branded store, the shop also operates as a laboratory to find out what is working for the consumer and what needs to be tweaked, Schmidt said.

“There’s an incredible opportunity to regain the market share,” he said, noting bookings are up for fall and expected to be even higher for spring. “People love to see a brand that has a great name in the shoe business come back.”