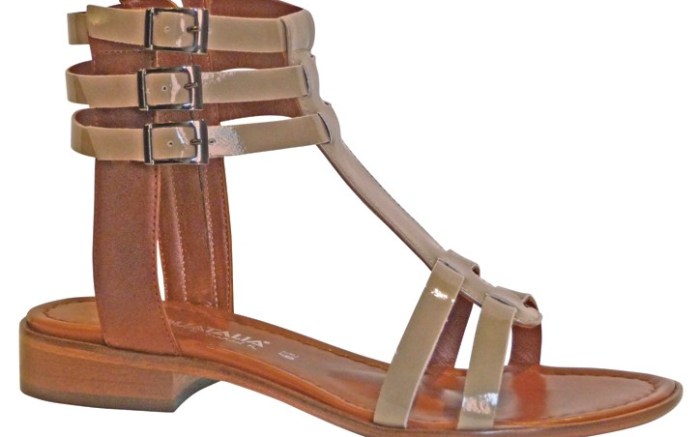 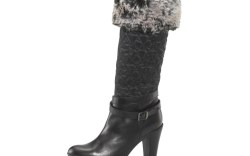 Though the nearly 20-year-old Montreal-based company got its start with boots designed to withstand frigid temperatures and heavy rains, founder Marvin Krasnow has spent the past decade moving the line in a more fashionable direction.

“When you start a business, you look for a niche in the marketplace,” he said, noting the company found early success with weatherproof leather footwear that could be worn year-round. “The emphasis was on comfort and function. That’s how we got into the market.”

But now, Krasnow, along with daughter and COO Rena Krasnow, has positioned Aquatalia as an Italian-made bridge collection that just happens to be ready to weather winter storms and summer showers. Heels, booties and knee-high stretch boots have become core offerings, while sandals and wedges are continually added to the mix each spring. For fall ’09, Krasnow introduced tall boots with fox and mink collars, priced from $675 to $800.

“We started to become recognized as a fashionable brand about five years ago,” he said. “The mandate was that whatever we produced needed to be comfortable, but it became fashion first, with the function built in.” The focus on fashion has been well received, he said, and has led to new retailers as well as bigger buys from existing accounts.

The goal, said Rena Krasnow, who joined the company in 1998, was to create shoes women can wear throughout the day and in a variety of environments. “It started with trying to develop a casual look, and then it became a discussion about wardrobing her from A to Z,” she said. “The key is reaching a broad lifestyle.”

Aquatalia, which has offices in New York and Milan, is sold in 425 stores across North America, including Neiman Marcus, Holt Renfrew and Nordstrom. But it has been steadily picking up more international accounts in Hong Kong, China, the U.K. and Australia, where 45 doors were added for fall ’09. Saks Fifth Avenue will roll out the line to five more of its stores for fall, and Bergdorf Goodman has commissioned the brand to create two exclusive styles of fur boots at $695 for its second-floor shoe salon.

Still, Marvin Krasnow said, it has been an uphill battle convincing early consumers who associate Aquatalia with its comfort roots to start looking at it as a fashion brand. “The people who have discovered us recently don’t have any preconditioned ideas of us in their minds,” he said. “It’s the customer who has known us the longest who is harder to convince.”

Barbara Hausman, who co-owns Footnotes in three New Jersey locations, has been carrying Aquatalia for more than a decade. Though she said she has always been drawn to the brand’s blend of function and fashion, Hausman has seen it thrive in recent collections. “It gets better and better each year,” she said. “It fills a void. The customer buys them because they are fashionable. It’s 100 percent waterproof, but you would never know wearing it.”

Aquatalia was one of Footnotes’ top performers last season, despite the dismal economy. “It was unbelievable,” said Hausman. “They weren’t even affected by the economy [in our stores]. If a woman was used to buying three or four boots [a season] and this year just bought one, she bought Aquatalia.”