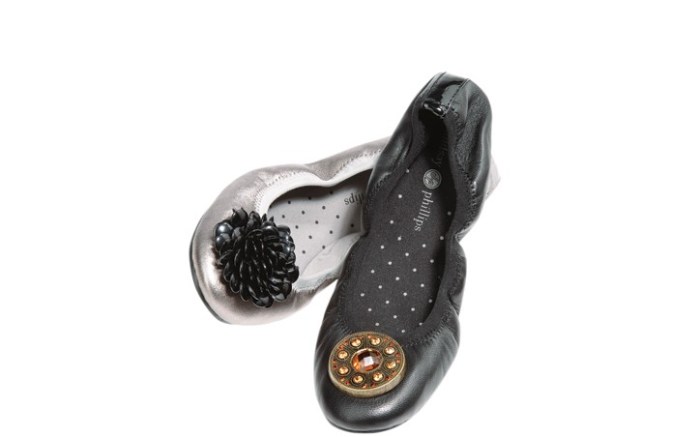 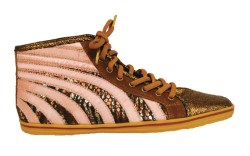 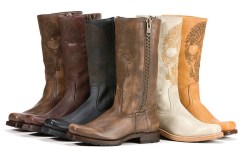 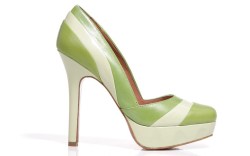 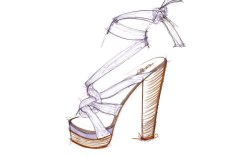 In a Snap
SwitchFlops creator Lindsay Phillips is changing things up again for fall ’09. Translating her warm-weather concept of interchangeable flip-flops into a new season, Phillips has unveiled a ballet flat that can be outfitted with 12 different snap-on ornaments. The flat, which comes in black, silver and bronze, will retail for $64, while the metal, crystal and pompon ornaments are priced at $12 each at independent boutiques and at Switchflops.com.

Cindy Kicks
Cindy Says is going sporty. Designer Cindy Traub, whose collection typically includes playful flats, sky-high heels and funky boots, is branching into sneakers with eight styles for spring ’10. The line of European-inspired and urban-influenced footwear includes metallic laceups (at left) and studded high-tops. The shoes will retail from $59 and $79 at Nordstrom, Endless.com and various boutiques.

New York Ink
Frye has signed a deal with Brooklyn, N.Y., tattoo artist Scott Campbell, whose clients have included Marc Jacobs and the late Heath Ledger, to create a line of laser-etched boots for spring ’10. Embossed with designs based on Campbell’s art, the leather boots feature intricately drawn skulls, crosses and other motifs. The line, which includes five styles for women and three for men, is slated to retail for $288 to $398 at Thefryecompany.com and select retailers.

Hyped Up
Los Angeles-based clothing brand Hype is stepping back into shoes after a two-year hiatus. The company has teamed up with Miami-based licensee United Footwear Corp. for two collections: Hype and the higher-end Hype Couture. Hype (at left) will roll out a capsule collection this fall of flats, heels and boots; a larger, nearly 70-style offering will launch at WSA for spring ’10. The predominantly China-made collection is priced between $79 and $149. Hype Couture, made in Brazil, will debut for spring ’10 and is expected to retail from $150 to $249. Both collections are being targeted to independent boutiques nationwide.

Out of the Bag
Luxury handbag maker Kooba is trying its hand at footwear. The company has partnered with The Peter Marcus Group — which also works with contemporary shoe lines including Jack Rogers and Nanette Lepore — to bow women’s shoes for spring ’10. Styles will include gladiator sandals, flats, wedges and heels (at right), retailing from $225 to $450. Distribution will target retailers that currently carry Kooba’s handbags, such as high-end department stores and specialty boutiques.