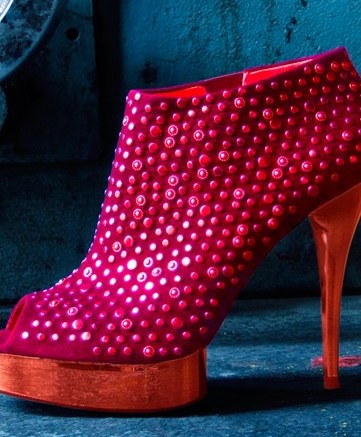 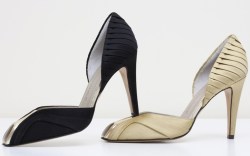 Vicious Heels
Hello, rock and rock. Footwear designer Jean-Michel Cazabat has teamed up with Highline United to create Luxury Rebel, a new line of shoes inspired by the bohemian spirit and legendary music of the 1970s. Cazabat, a French designer who has worked for Charles Jourdan and Stephane Kélian, is launching about 50 styles of shoes inspired by musicians including punk legend Sid Vicious. The line is set to retail for $195 to $400 at high-end department stores and specialty boutiques.

Bag Ladies
Apparel and footwear designer Cynthia Vincent and handbag maven Allison Burns are debuting a line of purses for fall ’09. Vincent, a Los Angeles-based designer whose footwear is sold at 185 doors globally, and Burns, known for her hard-rock looks, created more than 20 handbag styles with edgy, Western-inspired look. “I wanted to mix the rock ’n’ rock with the refined,” Vincent said of the collection, which is set to retail for $195 to $495 at independent boutiques.

Great Women
New footwear designer Coye Nokes has taken a page from the history books, naming the styles in her eponymous line after some of America’s best-known women, including Josephine Baker, Amelia Earhart and Jacqueline Kennedy Onassis. The Italian-made collection, inspired by the “Parisian office” and geared toward urban, professional women, is launching for fall ’09 and ranges from flats to boots. It is set to retail for between $390 and $650 at independent boutiques.