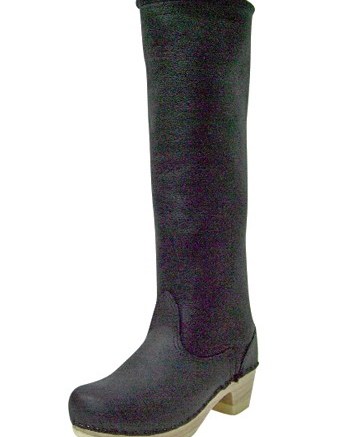 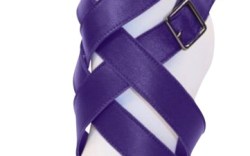 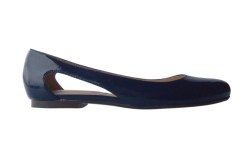 No. 6 clog boots have been drumming up attention in celebrity circles recently, with Michelle Williams, Olivia Thirlby and others adding the looks to their closets. The collection, created in 2007 by Karin Bereson and Morgan Yakus for their New York-based No. 6 Store, transforms classic clogs into pull-on tall boots (at left) and booties. Recently, the U.S.-made collection has been picked up by Steven Alan stores in New York and Los Angeles and Bird in New York, as well as several specialty boutiques in Japan. The line, which retails from $345 to $415, also has expanded to eight styles, adding shearling looks and a thigh-high boot to the mix of patent leather and metallic shoes.

In tough times, the shoe-obsessed get creative. This fall, designer Stephanie Kim, of San Francisco, Calif.-based Dekkori, will unveil her interchangeable and detachable uppers, which transform existing shoes into different silhouettes. Criss-cross (at right), T-strap, boot-shaft and gladiator styles are available, all with hidden snaps and fasteners. Retailing from $45 to $165 at Intermix boutiques, the Dekkori uppers are crafted from leather and are available plain or with adornments such as bows, chandelier rhinestones and gemstones.

Footwear designer Sam Edelman and Long Beach, Calif.-based comfort accessory brand Foot Petals are looking for the next best thing in shoe design. At this year’s Third Annual Independent Handbag Designer Awards, an emerging shoe designer will be lauded for best design out of five finalists who have been selected from countless submissions. This marks the first time shoe designers have been invited to participate in the event. On June 17 at the New York Historical Society, Edelman and Foot Petals President Tina Aldatz will announce the winner based on popular votes cast at Hbd101.com. The winner will collaborate with Sam Edelman Shoes for the exterior and with Foot Petals for the interior of a limited-edition pair of shoes to be sold at New York boutique Verve. The retail price of the shoes will be determined after the winning design is chosen.

Marais USA is getting back to basics with the launch of its new footwear line. Inspired in part by the slumping economy, Parsons School of Design alums Catherine Chen and Haley Boyd unveiled a capsule spring ’09 collection with an eye toward affordable, chic staples. The line, which has been picked up by Urban Outfitters and New York’s In God We Trust, retails for $45 to $72 and includes five styles of sandals, flats (at left) and a peep-toe wedge. Fall ’09 will bring an expanded offering, including a knee-high tuxedo boot, ankle bootie and sneakers.

Warwickshire, England-based shoe brand Strutt Couture and British apparel and textile designer Zandra Rhodes — who has garnered a following among celebs including Kate Moss and Gwen Stefani — are teaming up for the Zandra Rhodes by Strutt Couture collection, which will ship to select independents for spring ’10. Set to retail for around $205, the shoes include wedges, peep-toe booties, flats and heels in soft nappa, metallic and patent leather materials.