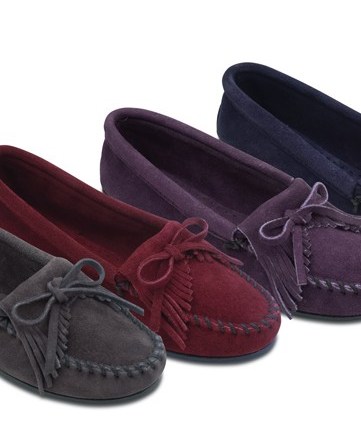 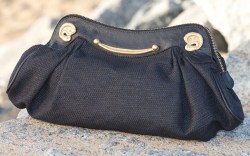 Carolina Pagano Launches Handbags
Footwear designer Carolina Sadowski may call Seattle home, but the Brazil-born designer has tapped into memories of South American beaches — and bikinis — for the launch of her Carolina Pagano handbag collection. The capsule collection of four bags, including clutches, a bowler-inspired bag and an over-the-shoulder purse, debuted for spring ’10 at The WSA Show last week and is projected to retail for $350 to $500 at high-end specialty boutiques. The bags, made in Brazil, capture the country’s rich colors and neutral hues and are expected to sell alongside the Carolina Pagano footwear collection, which launched in 2006.

Minnetonka Ships Limited Editions
Minnetonka Moccasin took a cue from the changing leaves of autumn for fall ’09 and added a pop of color to two of its most popular styles. A limited run of the Tramper boot and the Kilty moccasin in burgundy, purple, gray and navy — a departure from the brand’s traditional tans and browns — is expected to ship mid-August to some of the Minnetonka’s more fashion-forward retailers, including The Tannery in Boston, Shoe Fly in Chicago and Kitson in Los Angeles. The styles, expected to retail at $50 for the boot and $37 for the moc, are pre-packaged in cases of 12 and include three pairs of each color.