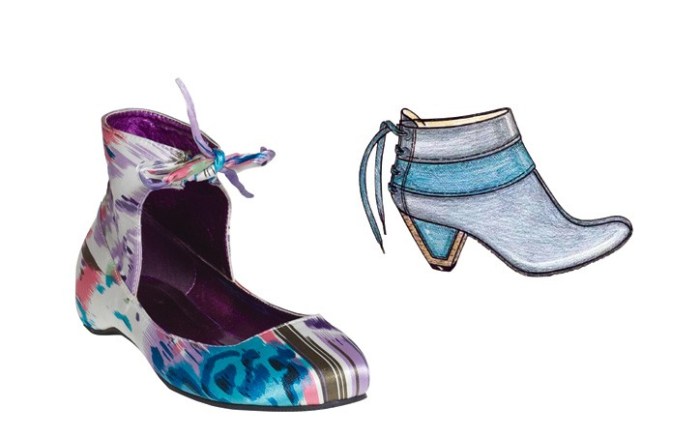 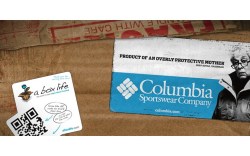 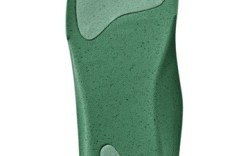 Earth Minded
High-fashion coverage and sustainability intersect on the new fashion blog Ecouterre.com. Launched in October by Inhabitat.com’s Jill Fehrenbacher, the Website recruited former Treehugger.com editor Jasmin Chua and a staff of writers to help cover the eco-fashion world, including green-minded designers and technologies with a focus on reclaimed and organic materials and vegan innovations. The site, which is updated twice daily (and once on weekends), drew 100,000 unique readers in November — only its second month. And, Fehrenbacher said, green footwear is a big part of its mission. “We have a lot of shoe coverage,” she said. “I think people just like shoes — I know I do.”

Vegan Vision
Vegetarians (and other shoppers looking for animal-free footwear) will have two new brands to consider in 2010.

Established vegan designer brand Cri de Coeur is launching a diffusion line called Hearts of Darkness, with eight styles that take inspiration from ballerina silhouettes and use bright colors such as pink and yellow. Delivering to independent boutiques and online accounts such as Endless.com this February and March, the satin and polyurethane styles (near right) are completely animal free — just like Cri de Coeur — and use low-VOC glues and recycled packaging.

In order to retail Hearts of Darkness for less than $100 (Cri de Coeur styles generally sell for $250 to $350), designer Gina Ferraraccio sourced a factory in China, rather than Portugal and Los Angeles, where the main line is made by hand. “I wanted to keep the same edgy and architectural design influences, but bring it to a wider audience because of the price point,” said Ferraraccio. “It’s a more romantic take than the Cri de Coeur [line], which is a little heavier, a little darker.”

The new direction — and especially its prices — have appealed to a new set of accounts, Ferraraccio said, including eco-boutiques EcoCitizen and Arboritum. “Especially in the current economy, people wished there was something in more of a middle price point,” she said.

Also stepping into the animal-free realm is San Francisco-based Corso Como, which will launch its Vegan Collection for fall ’10. The 12 women’s styles use natural latex, rubber sourced from the Amazon, sustainably harvested woods, bamboo linings and cotton uppers on boots (at left), sneakers and dress shoes that are largely biodegradable. (Plastic toe-boxes, heel counters and tabs won’t break down in landfills; however, the company will use versions made of recycled plastics.)

Brand head Maxwell Harrell said the animal-free collection is something the company has wanted to do for a while. “A lot of people have made shoes with recycled tires [and other such materials], but they come off kind of granola,” he said. “We wanted to make shoes that look like Corso Como shoes.”

The collection will retail from $98 to $285 and deliver in July and August. And while the styles will be available to the brand’s current department store and boutique accounts, Harrell said Corso Como hoped to add eco-boutiques and vegan-oriented shops to the distribution.

Outside the Box
Reusing packaging is an initiative many retailers have embraced as a way to help reduce waste — but Columbia Sportswear has taken the idea to the people. When the Portland, Ore.-based company launched its e-commerce program this summer at Columbia.com, it also gave shoppers the option to have their purchases shipped in used boxes. Apparently it’s an offer they can’t refuse: More than 66 percent of customers have opted for the reused packaging, according to Paul Zaengle, senior director of e-commerce at Columbia. “We’ve been blown away by it,” Zaengle said. “We were hoping for half or a little more than half [of customers]. We’ve gotten a lot of positive customer feedback.” But even those who don’t choose recycled boxes get greener shipping, as other orders are sent in plastic bags made from 25 percent post-industrial content with instructions on how they can be reused. To promote the shopping program, Columbia launched a Flickr group and Twitter hashtag, and added an interactive element with Aboxlife.com, where customers can upload photos, locate former boxes and register their current boxes to track their progress as they crisscross the country. The current most-traveled box has so far seen five destinations and journeyed more than 5,700 miles. But there’s more to come. Zaengle told Footwear News that in 2010, the company would make tracking stickers available at cost to other retailers who want to take part in the site. (Oregon e-tailer SoleStruck.com has already signed on.) “The idea of having other companies participate is intriguing,” Zaengle said. “It would be cool to grow that way.”

Green to the Ground
Amherst, Mass.-based insole manufacturer Ortholite is debuting a green-minded product — and a factory to go along with it. The new Eco Series insole replaces 20 percent of the petroleum used in Ortholite’s traditional urethane foams with bio oils from nonfood sources, but it claims they still maintain the breathability and antimicrobial properties of the open-cell foams in the fully petroleum-based versions. The company will manufacture the new product (which will cost about 10 percent more than a standard insole) in its own factory, which opened in March in Dongguan, China. The insoles, which are targeted to athletic and outdoor manufacturers, are being tested now.