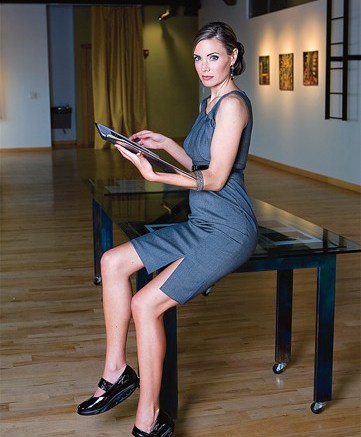 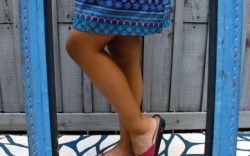 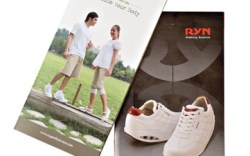 As the competition bulks up in the wellness market, new and established brands are fighting to be heard in a category that has emerged as one of the industry’s most important growth opportunities.

To do stand out, they are using strategies that run the gamut, from traditional point-of-sale tools to trendier social media sites. And while brand executives say these marketing approaches don’t always have a direct impact on sales, they are generating solid buzz.

“There’s not a finite way to measure the [effectiveness of marketing],” said Sheri Poe, chief executive marketing officer for Pamona, Calif.-based Alegria by PG Lite. “It’s not as much about sales as [creating] interest in the brand.”

The Internet has made certain advertising efforts easier to implement. Earth Footwear, for instance, has discovered the power of Facebook, Twitter and YouTube to connect with consumers. Dave Aznavorian, VP of marketing at the Waltham, Mass.-based Earth, said the company gives customers the opportunity to share their Earth experiences online and offers them chances to win free shoes through a series of contests. The most recent, held Sept. 1 to Oct. 24, received more than 1,000 submissions. The contest asked consumers to weigh in on their favorite styles via photos and commentary. “It’s about getting this [customer] base to spread the word about Earth,” said Aznavorian.

Like Earth, Alegria also is taking advantage of the Web. According to Poe, the company will start promoting a contest in January on its Facebook and Twitter pages and on its own site, Happylookslike.com, directing visitors to a microsite called Alegria Nation, where they can enter to win free shoes. Already live on Facebook and Twitter, Alegria Nation has sparked a steady stream of consumer testimonials, as well as increased activity on the main Website. In fact, Poe said, the company has received 30 to 40 percent more hits on its Website since joining the social networking sites two months ago. “Alegria Nation is both a marketing tool and communication vehicle,” said Poe. “It’s [helping] to build a core consumer group for Alegria and a place where consumers can tell their stories to others.”

Still, wellness brands haven’t entirely abandoned more traditional marketing methods. By year’s end, Alegria will include in each box a cutout of a shoe that lists all the features and benefits of the rocker-bottom sole.

Other brands such as Cogent and Ryn provide booklets in their shoeboxes outlining their technologies. The publications highlight everything from shoe construction to an analysis of the brands’ tech features, complete with charts and diagrams of the human anatomy.

And thanks to the growing popularity and interest in wellness footwear, brands are receiving free publicity from newspapers and TV. On Oct. 27, Ryn was showcased on Lifetime Television’s morning show “The Balancing Act.” During the episode, Robert Schwartz, president and CEO of New York’s Eneslow stores, commented on the rocker-bottom movement. According to Terry Stillman, CEO and marketing director for Boise, Idaho-based Ryn USA, average daily hits on its Website, Rynfootwearusa.com, increased from 100 to 1,000 the day the show aired. And, he added, several new accounts have come on board since.

Brands also are investing in other marketing efforts. Ryn, whose roots are in Korea, recently signed a four-year agreement to be the official sportswear partner of the Korean Olympic Committee. The brand will be worn head-to-toe by team members at the 2010 winter games in Vancouver, British Columbia, and at the London summer games in 2012. “The sponsorship will increase awareness of the brand,” said Stillman.

Mephisto, meanwhile, is putting its advertising dollars into magazines to promote its rocker-bottom Sano brand. Mike Crosno, president and CEO of the Franklin, Tenn.-based company, said that this past spring ads for Sano shoes appeared in Travel + Leisure, followed by fall ’09 ads in both Men’s Health and Women’s Health.

And while MBT also continues to advertise in print media, the brand has not lost sight of simple marketing tools such as connecting with customers at the store level.

Paul Grimble, U.S. managing director for the Hailey, Idaho-based company, said, “It’s a benefit of the brand to communicate through the retailer.” Among its initiatives is a program that brings official MBT fitness trainers to stores around the country to instruct consumers on how to use the shoes most effectively.

But well-trained sales associates remain the most effective way to deliver MBT’s wellness message and create excitement, explained Grimble. The company offers tech training to associates, and it encourages them to wear-test the shoes through a program launched last month where salespeople can win a free pair of shoes based on their individual sales. Grimble said, “We want to make sure the selling experience is of the highest order.”