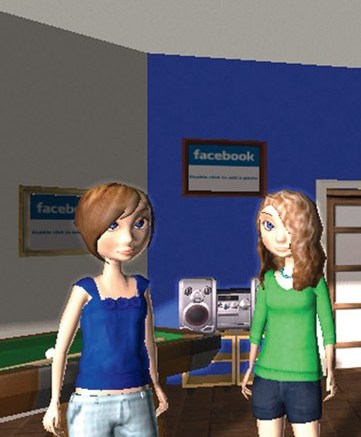 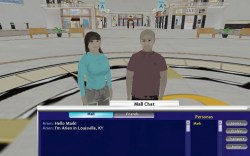 NEW YORK — A lackluster sales environment at brick-and-mortar stores is one reality. The virtual mall is fast becoming another.

The virtual mall has gained momentum lately, thanks to its ability to let consumers shop and socialize in a 3-D Web world. Several new sites, including Mallplace.com and MyMall.at of Britain, and Louisville, Ky.-based VirtualEShopping.com, have launched in the last six months.

“We’re in an unprecedented contraction [in this economy],” said Mark Stein, creator and president of VirtualEShopping. “As retailers close stores — and they are going to this year and next year — [our site] can be an alternative and a supplement to their physical stores.”

In addition to the economic downturn, experts say the recent influx of virtual mall sites can be attributed to the ongoing development of technology, the rising popularity of online shopping and social networking, as well as an overall dissatisfaction with real malls. And each site is looking to succeed where the Internet phenomenon Second Life failed — in the retail arena.

“The Internet is a fantastic channel for convenience when it comes to shopping, but it certainly has a long way to go before it will truly replicate the tactile and social experience that happens in a physical store,” said Sally McKenzie, a veteran of e-commerce for national retailers who now works as a consultant. “On the vendor and merchant side, they’re trying to solve that.”

Additionally, McKenzie said, customers are becoming more sophisticated and demanding. “There’s an acceptance on the consumers’ part for things to move into the direction of more virtual kinds of shopping as opposed to the kind of static Website experience that there is today,” she said.

Some of the new sites are more involved than others, but all have created a virtual environment through which users can buy real-world goods. At Mallplace, users can choose between two-dimensional and three-dimensional versions.

VirtualEShopping offers social networking opportunities, with an avatar that walks the 3-D mall. Users download a piece of software that interacts with a main server to check for any changes that have been made to the site. All the sites transport users to the retailers’ main Web locations to do their shopping.

Generally, retailers can create two-dimensional storefronts, buy “billboard” space within the mall and provide slideshows of products, video, audio, or coupons. They pay the mall sites only if traffic or sales are generated. VirtualEShopping already features such footwear retailers as Finish Line, Florsheim, Foot Locker, Puma, Reebok and Skechers.

Happy Feet Plus is involved through the affiliate sales program. Co-owner Jane Strong said the company is increasingly seeking these kinds of projects, and is even looking to hire someone who can steer them toward more interactive and social sites.

“In this economy, we’re looking at whatever we can [do] that’s inexpensive or free,” said Strong. “We’re much more conscious about that this year than we were, say, the year before. The dollars just aren’t there as much as they were before.”

Jim Keller, SVP of marketing and business development for Shoebuy.com, agreed that he is always searching for new ways to connect with possible customers, including VirtualEShopping. “We like to participate in those types of new things and give the user new experiences,” said Keller. “We are always trying to innovate and raise the bar.”

Keller said Shoebuy regularly seeks new ventures in an attempt to cast a wider net. “A lot are not necessarily the next big thing, but you will reach a lot of different constituencies,” he said. Shoebuy also maintains a presence on Myspace.com, Facebook.com and Zwinky.com, which launched in 2006 to allow users to talk, play games, decorate a dorm room and shop for clothes for an avatar. It’s an idea that has sparked a number of new sites revolving around social networking.

Hangout.net uses 3D technology to allow users to customize their own rooms, socialize with friends and “interact with their favorite brands.”

With venture backing of $6 million, the site — aimed at teen users — launched to the public in October. One of the first commercial partnerships was with Zappos.com to provide users with Vans shoes for their avatars. And later this spring, Hangout plans to link with other brands to feature entire catalogs of product.

“[Teens] love to have real-world branded items in their virtual world,” said Bob Mountain, VP of marketing for the Boston-based Hangout. “It allows them a way to access other brands they might not be able to otherwise afford.”

So far, only a few real-world items, such as poster art, are available to buy through the site. But Mountain said that is an area the company is exploring for the near future.

Nevertheless, experts said the level of demand for most of these virtual shopping sites is still unknown. With actual spending on the decline and so many choices, the new ventures are risky. After yielding mixed reviews, Kinset.com, a grouping of virtual shops that launched in 2007, has already become a casualty of the tough economy.

“My suspicion is that adoption from the consumer side and from the merchant side is relatively low,” said McKenzie. “How are four or five of these guys going to get enough of the critical mass to actually do business? It’s interesting that many companies are trying it, but I’d be surprised if all of them ultimately succeeded.”

Still, those behind the new endeavors see this environment as a good time to offer something fresh.

“In the next few months, retailers will see their current situation stabilize and be open to new ideas,” said Stein. “That’s when I think we’ll have a chance to take off.”