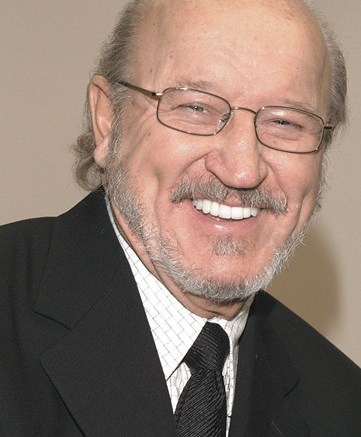 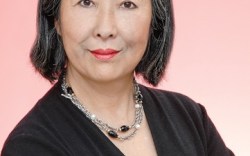 WALTHAM, Mass. — A photograph of guests seated at Two Ten Footwear Foundation’s first gala, in 1940, hangs in the organization’s offices. It’s a sea of serious-faced, dark-suited men — the four women present are difficult to spot.

A year earlier, that group began fundraising for shoe workers facing hard times during the Depression. They passed a hat along the corridors of 210 Lincoln St. in downtown Boston, where about 300 shoe companies kept corporate offices. The “210 association” funds, donated anonymously and directly to workers, paid grocer’s tabs, coal deliveries, doctor’s bills, rent and other life necessities. Though that building is now luxury condos, the mission begun there — of the footwear industry helping its own — is alive and well in a modest office suite about 20 minutes outside the city.

This year, Two Ten turns 70, in a year when it anticipates record need and its founding mission has become more relevant than ever.

Led by Wolverine World Wide Inc. Chairman Tim O’Donovan, the foundation’s board pledged to double the available aid to workers in crisis to $2 million, an acknowledgment of the depth of strain on the industry.

“We’re seeing that in the toughest economic times, the commitment we make to each other remains steadfast,” said Peggy Kim Meill, Two Ten’s president.

The group hopes to raise more than $1 million on Dec. 2 at its annual fundraising gala in New York. The evening honors BBC International Chairman and CEO Bob Campbell, a 45-year supporter of Two Ten, as the first recipient of a lifetime achievement award named in his honor.

“We are striving to set a record this year, even in tough economic times,” said Macy’s chief private brand officer Tim Adams, who is chairing the dinner at the Marriott Marquis in Times Square. “I’ve been involved in the shoe industry for years and this was a chance to give back for a group of people I really think are the best in the business.”

Campbell began his career in a G.R. Kinney Co. stockroom, then rose up the ranks at the corporation now known as Foot Locker before finally leaving to start his own company in 1975. Today, BBC is a children’s footwear powerhouse.

“Here’s the way I look at it: I’ve been strong in receiving money through my business. Why shouldn’t I be just as strong in giving back?” Campbell said of his involvement in Two Ten. He will sponsor the gala with a $100,000 gift, a pledge that caps countless hours serving the organization — chairing committees, leading Two Ten’s board, rewriting its charter and bylaws in 2003, and, currently, overseeing the campaign to add $5 million to the group’s endowment over the next three years. O’Donovan and his wife, Karen, made the campaign’s lead gift of $250,000.

Two Ten’s work extends beyond emergency aid. It also funds scholarships (about $600,000 worth annually) and serves as the industry’s community forum. In the last 18 months, Two Ten also has established networking groups both for young professionals and women — who today play a major role in the organization and the industry. It also launched a career portal at 210careers.org, where about 100 companies have posted job openings.

Yet with national unemployment near 10 percent and economic stress exacerbating substance abuse and mental health problems, the top priority is responding to the foundation’s social services hotline.

“The heart of what we’ve always been about is giving to each other,” said Meill. “It’s not continuous support, but it is assistance to help someone get back on their feet.”

Two Ten relies on two staff social workers to handle calls to the hotline and determine the most effective assistance. A check for rent, food, utilities or other basic needs can be cut within 24 hours, but Two Ten’s safety-net services also extend to financial, health or substance abuse counseling. The average grant is about $1,200, but can be significantly more depending on need and circumstance.

The group assisted 1,000 industry members in the last fiscal year, but the impact grows by three- or four-fold when you factor in individuals’ families, noted Meill. In the final months of 2008, after the stock market collapse, Two Ten fielded more than 100 calls per month.

The foundation is working on an outcome-measurement tool to gauge the impact of grants and is reviewing the kinds of assistance offered. Should childcare, for instance, be regularly covered by emergency financial aid? The goal is to stay current with industry needs, keep overhead minimal and remain flexible, said Meill. “We have an ability to respond on a case-by-case basis, which is pretty extraordinary.”

Brown Shoe Co. President and COO Diane Sullivan, serving this year as operations chair for the annual dinner, has seen that firsthand.

“A few years ago, our headquarters city of St. Louis experienced a severe storm that destroyed homes and left thousands without power for days,” Sullivan recalled. “Not even a full 24 hours had passed when Two Ten contacted our office, offering assistance in any way required. We were touched and grateful.”

In the past decade, Two Ten has given scholarships to nearly 200 Brown Shoe associates, and provided additional services to more than 230, Sullivan said.

The industry has likewise been responsive in giving back to Two Ten. The Vans group at VF Corp. held a company sample sale where employees wrote checks directly to Two Ten, said Meill. And Shoebuy.com has raised more than $30,000 through internal collections and online give-back days, where the site profiled Two Ten and donated a dollar for every purchase customers made.

This year, in recognition of the new Bob Campbell Lifetime Achievement Award, which will be given out every five years, Steve Madden, Kenneth Cole, Collective Brands Inc. CEO Matt Rubel and others “stepped up in a very big way,” said Campbell, referring to pledges to Two Ten.

Campbell added that he is touched and emotional about the honor that will bear his name. “This is probably the most prestigious award I’ve received,” he said. “When I’m up in heaven, I’ll look down to see this one being given away.”