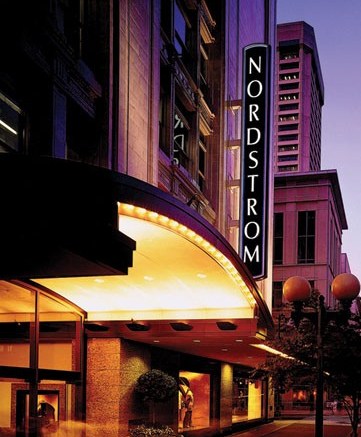 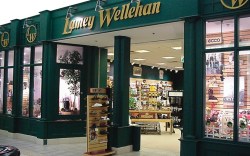 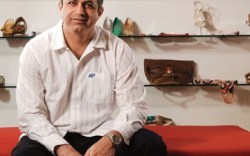 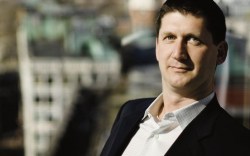 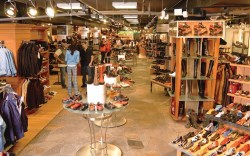 BOSTON — The prevailing retail strategy for next spring seems to be to buy conservatively, chase reorder business and keep cash on hand to fund unexpected opportunities.

When pressed to give spring ’10 order projections, most retailers interviewed by Footwear News said they were planning their buys to be flat or slightly down year over year.

None of those interviewed said they anticipated a quick and easy turnaround in consumer spending for 2010. But sentiment was split between those who expect pent-up demand to lead to a modest improvement and those who fretted that rising unemployment and growing commercial real estate vacancies could precipitate more crises.

Matt Rubel, CEO of Collective Brands Inc., the parent company of Payless ShoeSource, is among those who predict mild improvement.

“Relative year-over-year [results] should be better, although consumer spending will not show dramatic growth,” he said. Rubel characterized business year-to-date as “challenging, but managed,” led by sales of children’s shoes and value fashion items.

Speaking at the June 10 Piper Jaffray Consumer Confidence conference, Brown Shoe Co. Chairman and CEO Ron Fromm said conspicuous consumption is gone and unlikely to return soon. “It might be many years before we return to that level of thinking and buying,” he noted.

The $2.3 billion footwear firm anticipates its wholesale sales would decline by 5 percent to 6 percent this year as retail customers pare back.

In its first-quarter conference call in May, Nordstrom executives said inventory storewide is down 12 percent, which should provide enough correction to give the department store leeway to chase hot-selling product in reorders.

A Nordstrom spokeswoman declined to give specific spring ’10 guidance, but cited success with Jimmy Choo and Ugg (the chain sold 30 pairs per minute of the brand last December) as evidence the retailer can still sell full-price when product is spot on.

Still, there’s no denying price sensitivities exist among consumers and retailers, even in the luxury market.

David Assil, president of the high-end Los Angeles-based Madison boutique, explained the new reality: “No one wants a customer to turn over two shoes, [see the prices] and walk out saying, ‘What are these people thinking?’”

Price is just one issue for retailers, though. Many are also concerned about having too much stock in their stores next season.

When he starts writing his spring ’10 orders in late July and early August, Nick Santoro, owner of sneaker boutique Classic Kicks in New York, said he will spread small orders over many deliveries.

“There is no sense in loading up on stuff and getting into a credit issue and not being able to take new product,” he said.

Like other sneaker retailers interviewed, Santoro said he planned to order mainly core colors — blacks, blues and reds — reserving odd colorways and flashy brights for the windows or to punch up the display wall. The days of sneakerheads buying twice — a pair to wear and a pair to archive — are over, at least for now, he said.

“Just save your money and chase reorders if you need to,” advised Assil, who stocks contemporary and designer footwear. He eliminated about 30 percent of his vendors for 2009 and said he will not do business with anyone who isn’t offering reasonable value for price. “The client doesn’t want to pay $700 to $1,000 for a sandal anymore,” he said. The preferred range is now $300 to $500 for the category.

Assil is planning his spring buy down slightly, anticipating that California’s battered economy, which is shedding in excess of 300,000 jobs each month, will continue to stagger through 2010.

Even retailers in growth mode are not necessarily adding to inventory positions.

“In some ways, this does not feel like totally uncharted territory. [We were] profitable in 2001 during the dot-com implosion,” he said. “We have always believed in being conservative [and holding] no debt.”

Inventory may remain ultra-lean, but one thing is tempting some key retailers to part with cash: expansion. This is an extraordinarily good time to ink new leases, according to several retailers.

The Tannery’s Hassan recently scooped up a prime corner spot on Boston’s Boylston Street that is steps from the new Apple Store and the Mandarin Oriental hotel complex. The three-floor store, formerly home to a Restoration Hardware, will have a café on its second level and sweeping views of Boston’s historical Back Bay. With his business up 7 percent this year, Hassan is planning a “very healthy” increase in spring orders to stock his new store and account for growth in his four Cambridge, Mass., locations. He expects his team to continue to hustle for the best product and not just huddle around “established” brands.

“We always have open-to-buy,” said Hassan. “If the product is right, we will buy. That’s something we will never walk away from. We are known for giving opportunities to new designers and little guys. The moment you stop doing that, you look like everyone else and you die.”

The Lewiston, Maine-based company secured a deal on a 6,000-sq.-ft. space near a new Wal-Mart Supercenter, Wellehan said. w modestly reduced inventory through 2010.

The trick with inventory pruning, Wellehan said, is to make it invisible to the customers. “Our stores look as full as ever,” he said. “You don’t want someone walking in and feeling that they should tiptoe out.”

Isaac Fadlon, co-owner of Sportie LA, plans to order more product for spring ’10. The Southern California sneaker store will debut its fifth location in early July, in San Diego’s Gaslamp district. At 3,500 square feet, the Fifth Avenue store is bigger than the chain’s Los Angeles doors, which average about 2,000 square feet. And it represents the company’s first expansion to a new market.

Fadlon said he would bring in skate styles from Vans and DC for the board-sport town and will develop a program of store events customized to the city.

“We’re definitely cautiously optimistic,” said Fadlon. “We’ve seen a build in consumer confidence and more traffic in our store than we did a few months ago. Does that mean buying habits have changed? Somewhat. But we’re not expecting to get back to where we were a year ago.”