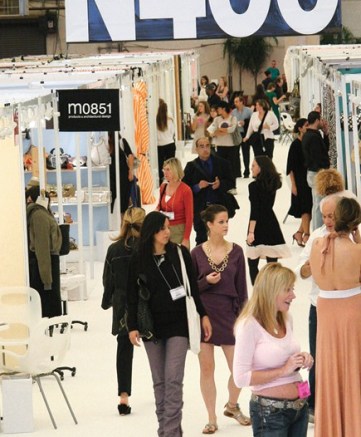 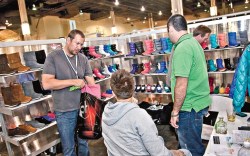 NEW YORK — Smaller trade shows are making up in agility what they may lack in size. Niche shows catering to fashion boutiques, the action sports industry and the children’s market are changing their show dates, moving locations and attracting new exhibitors to better address the needs of their audiences. Here, Footwear News looks at what’s new at some of the leading boutique trade events.

While buyers at the Shoe Market of the Americas shouldn’t expect big changes next week, they will see a lot of new brands, including Zigi New York, Lilita and DX Touch. SMOTA executive director Beverlee Maier said the show has attracted attention from both domestic and international vendors. “There are constantly people from Spain, Brazil and Chile who are contacting us wanting to come to a show, which is good because it’s a different flavor and a different style,” Maier said.

Organizers are looking to build buzz at the upcoming event in Las Vegas with a show-specific collection called Special Cut, a line of product created by a number of big designers. It includes shoes and clothing designed by L.A.M.B., Matt Bernson and Grenson, among others. Special Cut will be available for viewing in its custom-built gallery at Project’s entrance, and interested buyers will find pieces from the collection at each participating exhibitor’s booth.

Changes in schedule and venue promise to make Agenda’s next show one of the largest in its short history, said Agenda President Aaron Levant. The show date has been pushed to July, and the location moved northward to the Hyatt Regency in Huntington Beach, Calif. Levant said many skate and sneaker exhibitors would show products for spring, so the move to July “puts everyone in the beginning or the middle of the selling cycle for spring ’10.”

Coordinators also paid attention to aesthetics. Agenda will provide its exhibitors prefabricated booths for free. “You don’t have to bring in a huge booth and spend all this money merchandising it,” Levant said.

Quality over quantity is the mantra for Compass co-founders Edina Sultanik and Minya Quirk, who are focused on showcasing the most sought-after footwear brands. “We’re trying to create a show where all the brands that the coolest stores in the world are looking for are under one roof,” Sultanik said. To that end, she added, they are sticking with small, independent brands that are “leading the market … in terms of creativity and in-demand product.” While relative newcomers such as Clae and Creative Recreation will be on display, the show also has attracted established labels Sperry Top-Sider and Bass, “which are now understanding that they have an important place in the high-end fashion market,” Quirk said.

The show floor at the upcoming event will feature industrial-looking booths that “will enhance the viewing experience for buyers,” said California Market Center senior trade show manager Chelsea Matthews. There also will be a dedicated men’s shoe area and a media lounge.

The Mid America Kid’s Shoe Show outside Chicago this September might not be able to get any larger than it is now. “We have gotten just about every vendor, every major company in the U.S. that deals with children to come,” said MAX founder Steven Maibauer. “You keep trying to up the bar, but the bar’s pretty high at the moment.”

The show also has been set up with the retailers in mind. MAX has extended its hours, allowing storeowners who work in their shops during the day to come to the show in the evening.

Alan Blum, the founder of the Children’s Great Event Shoe Show, said his phone has been ringing almost every day with inquiries about the next show in September. He’s responding to that fervor by creating a wide range of new ad-ons to the show. Beyond an improved Website, Blum said organizers will be creating excitement on the show floor by giving away raffle tickets to attendees for a chance to win a new LCD TV and gift cards to Staples. Blum said he also was considering adding a Children’s Shoe Hall of Fame, to which brands would contribute styles spanning their histories.

Footwear will be taking a walk during the upcoming Sole Commerce show, as organizers relocate the shoe show inside the apparel-driven Coterie event. “That’s where it belongs,” said Elyse Kroll, chairwoman and founder of ENK International. “It’s going to be set within the contemporary area of Coterie. It’s an exciting move. Before, it had been set with more traditional, conservative product. [Now] it’s merchandised much better.” Kroll said the number of footwear exhibitors could almost double this time around, bringing the total to 175.