Titan, Bebe Team Up for Relaunch 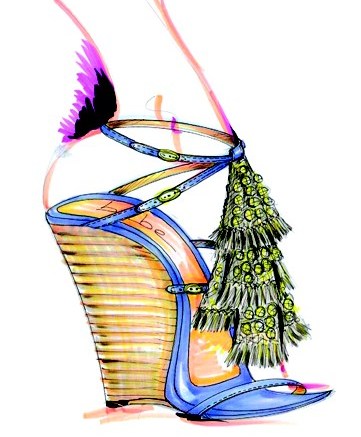 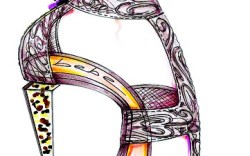 Bebe is back as a wholesale footwear brand and has partnered with Titan Industries to reintroduce the line for spring ’10.

“It’s a major step in the execution of our accessory strategy, which is geared toward building a global brand presence,” said Sophie Rietdyk, VP of global licensing, acquisitions and strategic planning for Bebe.

In 2005, after a seven-year agreement with Huntington Beach, Calif.-based Titan to produce the shoe line, the company decided to only sell footwear exclusively in Bebe branded stores.

“We stopped selling to other channels as we felt it was diluting our brand and compromising our brand positioning,” said Bebe Chairman and CEO Manny Mashouf.

Though Titan has continued to produce the private-label line for Bebe over the past several years, Titan CEO Joe Ouaknine said he is excited to reintroduce the brand to the wholesale market on a global basis.

“We started Titan for the purpose of making shoes for Bebe, so it’s like coming home,” he said. “It was the biggest business we’ve ever had, and we haven’t matched it with any of our individual brands. We have a lot of great expectations, and our goals are set very high.”

“When we terminated the license, we promised Joe Ouaknine that, if we were to license the classification again, we would try to do it together,” said Mashouf.

However, Ouaknine said so much time had passed that he had given up hope for the deal. “But [Manny] made good on his word,” he said.

The new shoes will be similar to the earlier, fashion-forward heels that were sold for $89 to $169, said Ouaknine. “Bebe is known for high heels and sexy shoes, and that’s what we’re going to do,” he said. “It’s iconic.”

While no retailers have yet seen the new spring ’10 line, debuting this week at The WSA Show, Ouaknine said he sees the brand as a department store label sitting in Nordstrom and Macy’s.

He also said Titan would continue to produce exclusive styles for Bebe stores. “It’s another opportunity for us to make shoes for them again,” he said.