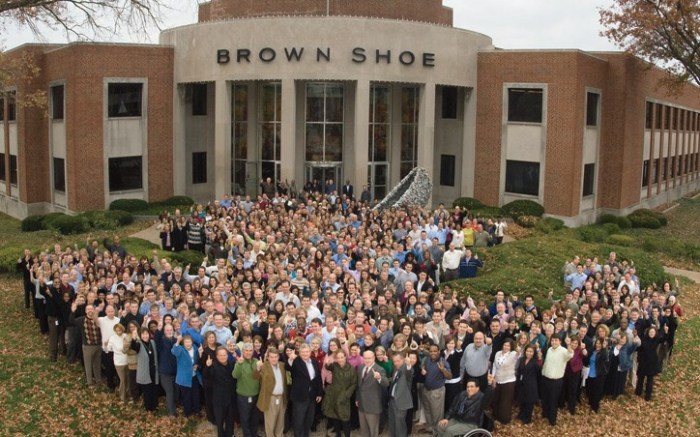 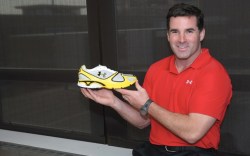 In 1996, Kevin Plank founded the apparel and footwear company Under Armour and drew a modest salary of $26,000. In 2008, he made the same. The company had grown at a rapid pace — but since Under Armour missed its yearly sales goal of $775 million by about $50 million, he cut his salary from $500,000 and waived a bonus.

Everywhere in the footwear industry, executives are eyeing payroll costs as they attempt to slash budgets during the recession. Nike, Wolverine World Wide and Brown Shoe Co. all have announced layoffs. Companies face some difficult decisions during the current economic crisis. And while none of the options are palatable, they have to choose something. The answer is to be creative, said employee-retention expert Chason Hecht, president of the Retensa firm in New York, which has Deloitte and Priceline as clients. “Layoffs are the first tool companies reach for,” he said. “But the impact of a layoff is severe. In the long term, the economic cycle will improve, and top talent in any field is hard to find. If you lay them off or reduce to the bone, it gets much harder to bring them back.”

Every successful company promotes from within, he said. “It’s a proven best practice. If we cut so deep, we impact the people who would have been our assistant managers in the next 12 to 24 months. That absolutely will affect business.”

Instead, Hecht advises taking a hard look at everyday costs and asking every employee for money-saving ideas. “People are thinking, ‘I’ll do everything I can to keep my job,’” he said.

During the economic boom, when talent was scarce, companies had a “keeping up with the Joneses” mentality: If Company X offered dry-cleaning pickup as a perk, Company Y did it too. “Organizations established benefits that I would call ‘entitlements,’” Hecht said. “[For the employee], it becomes less a value and more, this is what they owe me.”

Most footwear companies, though, are not cutting benefits — at least for now. New Balance closed its Massachusetts headquarters for a paid holiday on April 20 to celebrate Patriots’ Day and the running of the Boston Marathon. Deckers Outdoor Corp. just added maternity and paternity benefits. “Providing competitive benefits is a critical component of our strategy to attract and retain good employees,” said Graciela Montgomery, VP of human resources for the Goleta, Calif.-based company. “It is important that we continue to ensure that our talent remains motivated and is afforded peace of mind, thus allowing them to focus on their jobs.”

Sometimes, though, companies do have to make the sharpest cut of all. Brown Shoe made the painful decision to eliminate about 175 positions in February, after a $133 million loss in 2008. “We felt that a headcount reduction was necessary,” said spokeswoman Erin Conroy. “We wanted to do it in the right way for everyone.” That meant starting with voluntary buyouts, which offered pay above the company’s standard severance.

Brown Shoe also is freezing merit salary increases for top executives. That’s a smart strategy, Hecht said. “Executives should be compensated more for performance than for showing up.” K-Swiss and Under Armour are considering freezes as well.

Brown Shoe also is imposing a four-day furlough, which amounts to a 1.5 percent pay cut. One day per quarter is about the limit, Hecht advised. “People with a smaller paycheck feel it more. They ask themselves, ‘Can I afford to work here?’ You don’t want to motivate them to leave the organization.”

Be honest. “We need to relate everything we know, when we know it, even if we don’t know anything at all,” Hecht said.

Be creative with cost cutting. Wal-Mart Stores Inc. saved $1.5 million when it decided not to replace fancy lighting on an employee soda-vending machine in the break rooms of every Wal-Mart store.

Take one for the team. Salary cuts or freezes apply to executives, too.

Think long term. The recession will eventually end. Who would you like to see on your staff when business is growing again?

Keep benefits that provide a return on investment. A company that values education shouldn’t cut tuition reimbursement, for instance.

Don’t reach for the axe until you’ve tried the scalpel. Layoffs are a last resort. “We need to maintain our reserves to ensure that when the economic cycle returns, we are primed to succeed,” Hecht said.

Don’t get into a “space race” with benefits. Pick the ones that are right for your company. Don’t offer something just because your competition does.

Don’t just write a check. The higher up an executive, the more his or her pay should be based on performance.

Don’t forget who’s important. “The stakeholders with the longest-term interest [in the company] are the employees,” Hecht said.