Tips for Enticing Retailers to Buy 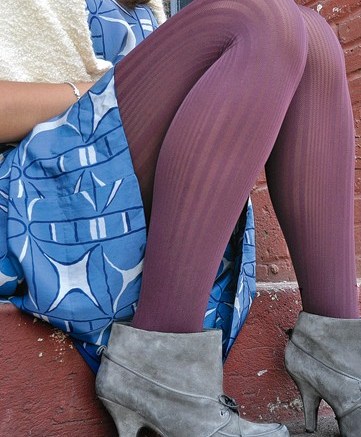 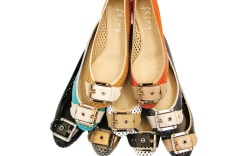 As retailers become increasingly conservative with their orders, footwear vendors have been forced to come up with new ways to encourage them to buy. From lower prices to more relaxed invoicing terms, brands are offering a variety of incentives to sweeten the deal.

“The economy has real implications for the way buyers are purchasing right now,” said Faryl Robin Morse, founder and creative director of New York-based Farylrobin. “They’re being more cautious.” Farylrobin, like many brands, is hoping lower prices and better margins will give retailers the push they need to spend more. Morse said the company has reduced its wholesale prices by 10 percent to 15 percent across the board.

New York-based French Sole last October implemented a new pricing structure where 95 percent of its shoes sell for less than $200 — a 20 percent reduction on average, according to owner Randy Ochart. The approach has paid off. Both retailers and consumers are buying, Ochart said, and French Sole’s sales are up slightly from last year.

Cindy Says worked closely with its factories to bring down prices. The collection, which a year ago sat squarely in the $130-to-$160 range, now features a wide assortment of styles that retail for around $100, according to Cindy Traub, founder and CEO of the Los Alamitos, Calif.-based company. Still, Traub cautioned against sacrificing quality for the sake of a better price. “You can’t offer something that is inferior to what you offered a year ago. [A cheaper] price doesn’t compensate for that,” she said.

Rather than tamper with their core lines, other vendors are going the route of launching new, lower-priced collections, providing more options for retailers. This spring, Pour La Victoire introduced a juniors’ line, Kelsi Dagger, priced at $80 to $200, in response to the downturn, according to company spokeswoman Raisa Arruda.

Meanwhile, designers Shane and Shawn Ward of the Shane & Shawn brand will debut their new Blue Label collection in September, with prices at $79 to $99, significantly lower than their core offerings, which run from $155 to $300.

Another approach for vendors to build stronger retail relationships is to step up their presence in individual stores. Beginning this fall, Los Angeles-based designer Dana Davis said she would make more frequent in-store appearances to promote her namesake collection. She also plans to send a fleet of training staff and pedorthists to retailers’ selling floors.

The Wards, too, are scheduling more personal appearances and trunk shows, footing the bill for many of the events themselves. “We’ve been letting our retailers know that we’ll come in and support them,” said Shawn Ward.

To give retailers more incentive to buy into his namesake brand, Donald Pliner is investing heavily in advertising, despite the steep costs. The designer purchased a 12-page ad spread in InStyle’s September issue. His belief is that the exposure benefits his retailers by putting the brand top of mind with consumers. “It builds confidence for the retailer and makes the product easier to sell,” he said.

As retailers get pushed further against the wall financially, many vendors are wading deeper into the nitty gritty of incentives, offering more relaxed credit and invoicing terms, payment plans, free shipping and more markdown money. “[There’s no question] old standbys such as these help retailers push goods out the door,” said Greg Van Gasse, CEO of Oh! Shoes.

Ochart said it’s important to extend a helping hand to retail partners in a tough time. “We bend over backward. If a retailer asks, we’ll extend terms for them,” he said. “We’ve relaxed, but not so much that we put ourselves in jeopardy.”

On a case-by-case basis, Cindy Says is extending retailers the option to pay for goods on an installment plan. “We want to make it easier for them to pay their bills. It’s about working together,” Traub said.

Not everyone is willing to play the incentives game, though. “I’d be lying if I said we haven’t been approached by the vast majority of retailers to help them financially,” said Dave Moore, VP of Frye. “It’s hard to say no, but the reason we do is that we like to keep a level playing field. If we do something for one retailer, we feel the need to do it for all.”

No matter how vendors are encouraging retailers to buy, there is no denying that the give-and-take vendor-retailer relationship is more complicated today. But some actually see an upside to the situation. “This is a time of opportunity,” Farylrobin’s Morse said. “We’ve always prided ourselves on thinking outside the box, but now the economy really is making us think in new ways. It’s making us smarter and more creative.”