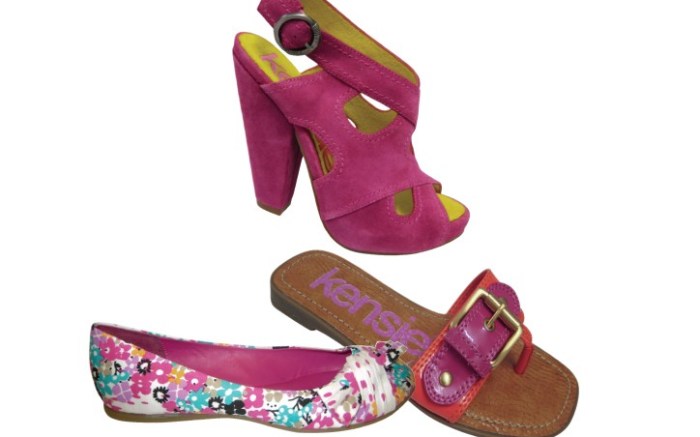 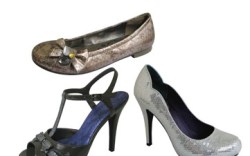 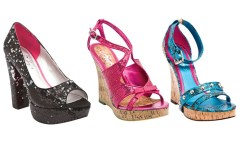 Background: In 2004, Eric and Lani Karls, of Vancouver, British Columbia-based Mac & Jac, launched KensieGirl, a younger spinoff of its Kensie apparel brand, which debuted in 1999. In 2006, the Mac & Jac, Kensie and KensieGirl brands were acquired by Liz Claiborne Inc., where KensieGirl has continued to expand through a series of licensing agreements. Today, the brand includes denim, eyewear, handbags and jewelry. Footwear joins the mix for spring ’10, produced under license with Greenwich, Conn.-based Camuto Group.

The KensieGirl girl: “She’s modern and a little kooky, and she’s the first one on the trends,” said Keith Brown, president of private-label brands at Camuto Group. “The customer starts at about 16 years old, but we’re trying to get a much broader base, including the girl who is heading into her first job after college.”

Challenges of designing for teens: “They’re a moving target,” said Richard Kelsey, president of KensieGirl footwear. “You’ve got to be timely at the right moment [before] they’re on to something else.”

Design influences: “All of today’s top trends. You’ll see ruffles, studding and other key trends in this collection,” said Brown.

Advantages of being an extension of an apparel line: “The brand is established in department stores and it’s exposed [to the consumer], so this is a natural transition into the accessories audience,” Brown said.

Marketing strategy: KensieGirl has been touting its footwear launch on its Facebook and Twitter sites. Additionally, spring ads will feature the brand’s head-to-toe looks.

Background: Vigoss, a popular denim and apparel line that debuted eight years ago, will step into shoes for the first time this fall, followed by a larger rollout for spring ’10. The brand already covers several categories, including women’s, men’s and kids’ denim and sunglasses sold in department stores and independent retailers. Casual tops will launch in spring ’10, followed by handbags in fall ’10.

The Vigoss girl: “She is young, but a little more sophisticated. She knows what the trends are, and she pretty much buys every category of shoes, from casual to dressy,” said Jennet Chow, head designer and founder of EDL.

Challenges of designing for teens: “It’s a very fast customer, and that’s really exciting [because] I can have more fun with the designs. If this customer is shopping on her own, she’ll take more risks,” said Chow.

Design influences: “European fashion, trends in cities like New York and Los Angeles are an inspiration,” Chow said, “and we’re constantly looking at gossip magazines. Celebrities have a huge influence on how teens shop.”

Advantages of being an extension of an apparel line: “A lot of independent retailers are looking at our shoes because they’ve done well with Vigoss jeans,” said the designer. “Buyers right now want a national brand that is established, which is why we wanted to work with Vigoss.”

Marketing strategy: “We want to eventually market the footwear and denim together,” said Chow. The brand also will place footwear ads in the September and March issues of Lucky and People StyleWatch.

Background: New York-based Say What started in 1998 as a sweater line under parent company American Attitudes and quickly evolved into a lifestyle brand, expanding into dresses, outerwear, activewear and now, shoes. The brand, which is sold in second-tier department stores and select independents, will introduce footwear in spring ’10.

The Say What girl: “She can range from a 16-year-old girl to the young woman entering the work force. And she is price sensitive. Sometimes the $90 price tag [for other brands] isn’t attainable. We’re trying to stay at a moderate price, while still offering quality,” said designer Anna Gerzon.

Challenges of designing for teens: “They watch the media buzz so closely and watch so many shows that it becomes hard to chase what the latest thing is. Once they love [a trend], they all want it, but once they’re done with it, they drop it like a hot potato,” said Gerzon.

Design influences: “Color is very important, as are comfort [features],” said Gerzon. Added Rozita Pnini, president and CEO of American Attitudes, “The shoes are a reflection of what we’re doing in the clothing and jewelry.”

Advantages of being an extension of an apparel line: “We do the apparel research far in advance, so we know what’s going to happen six months out [in apparel],” Pnini said. “This helps us plan ahead to see how that will translate into footwear.”

Marketing strategy: Say What will market the footwear and apparel together as a lifestyle offering, targeting major consumer magazines such as Seventeen, Teen Vogue and Lucky.

Distribution: Retailers that currently carry the Say What clothing line, including Macy’s, Kohl’s and Citi Trends