The Hunt for Contemporary 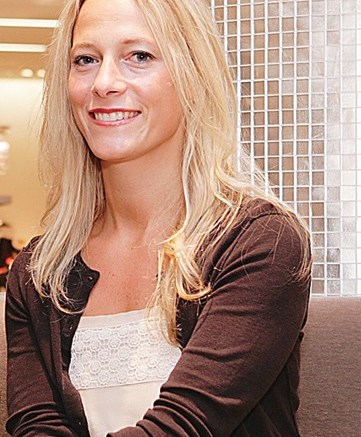 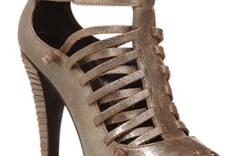 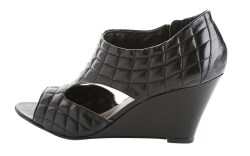 As aspirational shoppers pull back on luxury purchases, contemporary footwear is in high demand among retailers. But many merchants said there is a dearth of product in the marketplace.

“It’s a niche that’s missing,” said Shoe Inn buyer Lisa Gorlicki, who has been scouring the marketplace for exciting, established brands in the $200-to-$400 range.

“It needs to be addressed by more people because it’s a needed market,” added Mark Goldstein, owner of the Madison and Diavolina boutiques in Los Angeles. Goldstein said he was frustrated by designer takedown lines that are the bread-and-butter of the contemporary segment. “The diffusion lines from major brands just aren’t doing it right, and they are not cheap anymore. … Contemporary is wide open. If somebody wants to design something that looks great at a good price point, they’ll kill it.”

Department stores, too, are on the hunt for more contemporary brands. Saks, in particular, has made aggressive moves to grow its mix. Tracy Margolies, VP and DMM of women’s footwear, said that Elizabeth & James, Rag & Bone, Belle by Sigerson Morrison, Seven for All Mankind and LD Tuttle will be on the floor for fall.

“The lines that we have recently picked up are very in tune with what’s happening on the runway,” she said. “These designers are focused on providing fashion in their footwear at various price points.”

In a conference call with analysts on May 19, Saks President and CMO Ron Frasch said that contemporary fashion “trended better than the norm” in the first quarter and has the advantage of speed to market over luxury goods. “As you look at what’s performing, it’s product that has a degree of fashion and a good value component. … The contemporary zone clearly allows us to move much quicker,” Frasch said.

Javan Bunch, president of contemporary design brands at The Camuto Group, which produces for Tory Burch and BCBG Max Azria, said there is “no question” that department stores have a renewed interest in the contemporary category. “Their designer business is not where it was, and they need their overall business to be strong,” he said.

“It’s very hard in the contemporary world to make a product at a good price that looks good,” said Rick Cytrynbaum, CEO of contemporary label Modern Vintage. “But we understand the fashion and the market, and we never skimp on quality.”

Retailers also stressed the importance of the price-value equation in the category. Most put the sweet spot at $200 to $250 for shoes, and higher for boots.

Bettencourt said he is increasingly investing in key items from designers rather than buying into a whole collection. “The contemporary client is constantly evolving, and it’s about finding the right trend item to be the item of the season,” he said.

Camuto’s Bunch emphasized the importance of newness in the segment. “Contemporary footwear has to have a forward point of view. It has to take the customer to a new place, just like designer does.”

But none of that matters if the name is not there. “We’d like to find value … but with a name or brand attached that feels special,” said Gorlicki. Case in point: “I tried Lovely People, but maybe that chicer, contemporary girl doesn’t know the name that well. I’m getting through [the stock], but it took awhile.”

Gorlicki said she is considering picking up Fergie shoes for fall. “Her name means something to the customer,” she said. “But I am still doing research.”

One footwear brand that retailers are pinning their hopes on is Elizabeth & James, designed by Mary-Kate and Ashley Olsen and produced by Steven Madden Ltd. In addition to Saks Fifth Avenue, Holt Renfrew has picked it up — and it’s the only new women’s footwear label that Neiman Marcus will add for fall. A number of key independents also are stocking the brand.

“That line is going to be really strong,” Goldstein said. “They hit the right price point with a lot of style. It’s priced in the $300s, and that is really what’s missing out there.”