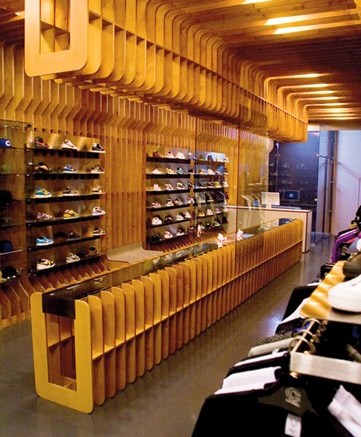 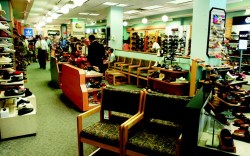 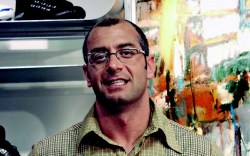 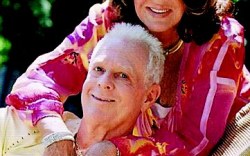 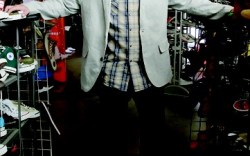 There’s no question that independent retailers are facing unprecedented challenges as the fall buying season begins, but that doesn’t mean they’re helpless — far from it. Retailers interviewed by Footwear News said vendors, landlords and advertising outlets are willing to negotiate terms as never before.

David Jassem, president of Los Angeles-based David’s Shoe Salon, said one of the few upsides of the current economy is that more executives have realized that their successes — or failures — are intimately linked with other businesses.

Now is the time to establish a new working relationship with footwear manufacturers, according to the retailers interviewed. “This is an interesting time because you see the long-term-oriented people and they get it,” said Isack Fadlon, co-owner of Los Angeles-based Sportie LA. “[Those brands] want retailers to stay in business. It’s a breath of fresh air to work with them, frankly.”

Fadlon said vendors are now more open to new ideas, from extending payment grace periods to developing exclusive product, colorways and collaborations. “Everyone is in a position where they understand each other like never before,” he said.

Tip Top Shoes owner Danny Wasserman agreed. “People are open to talking. Nothing is off the table,” he said. “They won’t give you the kitchen sink, but that doesn’t mean they won’t try to help you.”

Tarek Hassan, co-owner of Boston-based The Tannery, said that with consumer confidence so low, retailers are more dependent on vendors to help revive excitement with unique product and fresh advertising. “I’m talking about markdown money, advertising, special makeups, whatever they need to do to help the retailer. That can ease a lot of the challenges out there,” he said.

Part of that easing can come by way of discounts that help improve initial margins on new product, Jassem said. “If retailers have to reduce their margins by 3 to 5 percent to stay in business, it’s only fair that vendors participate in that as well, or else they won’t have anyone to sell shoes to.”

In return, Wasserman said retailers should help vendors by digging deeper into their product offerings, particularly with their strongest suppliers. “You need to see if the brands you are doing business with have a lot of similar items that you would have bought from other brands,” he said. “It’s good to go deeper and spread the line out a little more. This is a time when you really need to cement your relationships with people you’ve worked well with, and make bigger commitments to those people.”

Wasserman recommended approaching vendors with fresh eyes to look for new opportunities and category extensions. “A lot of times you get in a rut, like, we buy boots from these guys but never their shoes,” he said. “So [say to yourself], ‘let’s see what shoes they make now. Maybe they’ll work.’”

Still, most retailers said it’s wise to buy lean and play it safe for the near future.

Fadlon suggested retailers buy less, take fewer risks and wait for signs of a turnaround before laying out cash for inventory. “We’re trying to not make any waves and just let the pond be still,” he said. “You should buy what you know has succeeded. I’m not saying we’re not bringing in anything new — we are — but it’s shifted dramatically.”

It’s possible that this lean-and-mean strategy means retailers might miss an opportunity here and there, but Fadlon said the benefits of waiting outweigh whatever profit would come from such a risk. “If something hits, you’re going to be in a better position,” he said. “If you have to chase it, and if you miss it, you’re still better off than having to do huge markdowns later and give it away.”

Similarly, Hassan said the current selling environment dictates more conservative styling from known, name-brand vendors. “Consumers are going back to more classic, original, authentic product,” he said. “They want to feel that it’s worth what they’re spending their money on. They’re looking for a brand name they can trust that has authenticity and has a life span behind it.”

Wasserman, however, said brand names aren’t quite as relevant as they had been in recent years. Instead, he said, consumers are looking for fashion and then price point. “It used to be [that consumers looked at] brand, fashion, then price,” he said. “Now, it’s fashion, price — and brand is third. If you can give the right fashion at the right price, brand is an afterthought in most cases.”

Jassem agreed that consumers are in a price-conscious mindset, and when they come into a store, they expect to see deals. “At this point, there is no strong fashion direction,” he said. “They sense there is a deal going on and they want to see what they can get for their money.”

Even so, Jassem said retailers shouldn’t chase the consumers with price points. While that might yield short-term success, it can destroy a retailer’s identity. “You have to stick to what your store represents and go with it,” he said. “There are some guys out there who are doing a great job at making shoes at a price, but I don’t think you should start carrying shoes at $100 if your average price point is higher than $250.”

But price certainly is a factor for all to consider. At Los Angeles-based Fred Segal Feet, owner Stanley Silver said he would be focusing on the lower end of his high-low merchandising strategy for fall. While the store is known for carrying items priced from $65 for flip-flops to $6,500 for boots, Silver said he planned to focus on Italian-made shoes — both branded and private label — for less than $200. Also, he will be buying considerably less.

Hassan said retailers can’t totally avoid risks — and playing it too safe is not a game plan for success. “For fall, we’re still bringing in new brands and product, and trying new things,” he said. “You need to take some risks, but focused risks.”

Knowing where to take those risks means getting to know the customer better. Hassan said he’s spending more time on the sales floor and working with his staff to ensure they know the products they’re selling. “The staff needs to be more service [oriented] and more knowledgeable,” he said.

Wasserman said retailers should get a better feel for their customers’ tastes and brand preferences. “It’s time to spend more time on the floor, look at reports, selling patterns, perhaps do vendor reports, color reports, size-run reports, become a little more analytic. People might be doing that analysis already, but it’s time to do it even more.”

Jassem, too, suggested that retailers spend more time working the store floor and connecting with consumers one-on-one. “I’m on the floor more now than I have been in the last 10 years,” he said. “The customers appreciate the attention and service they are getting.”

When store traffic is slow, Fadlon suggested that retailers take the time to plot out strategic growth plans, including new and inventive ways to promote their businesses that don’t require a lot of money. “Think about what you’re going to do once things turn around, because when it does, it’s going to happen fast,” he said.

For example, Fadlon said store owners should consider projects such as working with a local high school or charity, or forming a partnership that will raise awareness and bring in new customers. “There might be opportunities here you hadn’t thought of before,” he said. “This is a chance to get creative. [Now] you have the time to think more about marketing and advertising.”

Fadlon also suggested that retailers make sure they’re taking advantage of all co-op dollars offered by vendors. “Some retailers forget they have co-op money available, and now would be a good time to use it,” he said.

In addition to working more closely with vendors, Jassem suggested talking to landlords and trying to get a reduced rate on rent. “If you’ve been a good tenant, they want you to remain a tenant,” he said.

Fadlon agreed that landlords are open to revisiting existing leases. “It’s legitimate to go back to your landlord and get any concession you can,” he said. “Of course, they have expenses, too, and it can be difficult, but when they lease to someone new, they’re able to give out a free month or two, or [property] improvement money. So they should be able to do something.”

Jassem also suggested approaching credit-card processors to get a reduced rate. “If you can save 1 percent on processing, that is a huge number,” he said, noting that all footwear retailers should review their businesses with a magnifying glass in search of savings. He suggested sitting down with insurance companies, freight companies and banks to make sure the company is taking advantage of the lowest rates available.

Also, Jassem recommended running reports on sales to determine peak shopping times and perhaps consider adjusting store hours. “If you’re not doing business, reduce your hours,” he said. “It is very easy to see what hours you’re selling shoes. So make sure you have people there to service the customer when you’re selling, and maybe close early when you’re not.”

In the end, most retailers said the trick to staying in business through this difficult time is an unwillingness to fail.

“We need to remember that more than 90 percent of America is employed, so let’s focus on [selling to] the 90 percent,” said Wasserman. “In other words, let’s not focus on the bad — let’s be positive.”

Hassan noted that it’s helpful to embrace the challenge and the need to change. “With a great challenge comes great things,” he said. “Good retailers can shine and come out of this as heroes, and the bad ones will just disappear.”

Jassem said in many ways the retail environment is simply forcing retailers to do what retailers do — and do it better. “We’re all fighting for business, and I’ll tell you, this is what I do,” he said. “I’m going to get out there, and I’m going to sell shoes.”