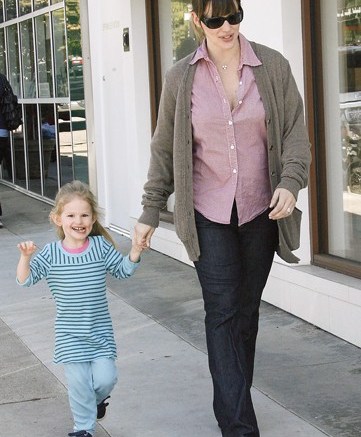 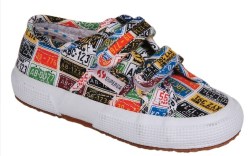 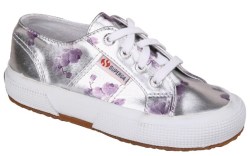 Superga is getting serious about its U.S. kids’ business.

Since its relaunch in the States in fall ’08, the iconic Italian brand, known for its vulcanized sneakers, has quickly broadened its children’s assortment and added kid-friendly fashion prints and colors.

“The adult market is obviously our primary business, but with the tremendous interest we’ve had in our kids’ line, we’re making that piece of the business a major focus moving into spring ’10 and beyond,” said Scott Weaver, president of the Superga division at Pickerington, Ohio-based R.G. Barry Corp., which acquired the North American license to Superga in 2007.

Already, the brand has seen its following grow beyond loyal Superga fans to consumers discovering it for the first time. “When we got the first spike in our kids’ business, we found it was coming from the Superga mom. She was already buying the adult shoes for herself,” Weaver said. As the brand got more aggressive with kid-specific prints and colors, however, the business came into its own.

And more growth is still to come, Weaver said. “Right now, kids’ makes up about 20 percent of our sales, but we believe that with the push we’re making for spring, we can increase that by 5 percent or more.” The brand also is angling to establish a national account platform for its kids’ line, which is sold primarily in independents.

To achieve these goals, Superga is expanding the product mix and putting a stronger emphasis on fashion.

To date, it has focused the bulk of its kids’ SKUs on core styles — such as the 2750 Heritage, retailing for $45 — in basic colors such as white and navy. “We’re certainly not going to abandon our classics business,” Weaver stressed. “In fact, we have a never-out-of-stock program on the core product because it’s such an important piece of our offering.”

But to grow the brand, he said, it’s essential that Superga step beyond its roots.

For spring, an array of new fashion prints for kids will be added, including license plates and cars for boys, and stripes and strawberries for girls. Superga also is hoping to drum up business by partnering with Disney on a co-branded collection. Slated to debut next spring, the offering will feature three styles, retailing for $90, and will highlight Disney characters Mickey Mouse, Minnie Mouse and the 101 Dalmatians. The sneakers will initially be sold exclusively through the Disney World and Disneyland theme parks, but Superga plans to eventually offer the collection to its retail partners.

Retailers that stock Superga said they are enthusiastic about the brand’s new fashion push. “It’s important for a classic brand like Superga to continually experiment with prints and colors to keep the product fresh and moving forward,” said Maggie MacNider, assistant buyer for children’s European/designer footwear at Zappos.com, which carries the kids’ line. “It gives loyal, repeat customers a reason to add to their Superga collection, while also potentially attracting a new audience.” Although MacNider said she anticipates even more competition in the canvas category next spring, Superga’s kids’ line should continue its strong performance streak.

A fashion focus could also succeed at Chicago-based Madison & Friends, where owner David Shelist said his customers still opt for more well-known and elaborately designed brands such as Diesel and Puma.

As Superga builds the kids’ business, executives hope to continue to cash in on the popularity of vulcanized kicks. “Vulcanized is no longer just an item,” Weaver noted. “It has become a permanent, bona fide category, much like basketball or running. And what makes it so unique is that it has a very broad reach in terms of age and gender.”

Not surprising, vulcanized’s runaway success has caused competition to heat up in the category. “It’s definitely something we’re watching,” Weaver said of the many newcomers. “But at this point, it hasn’t affected our growth.” In fact, he said he believes a little competition is a good thing. “I always say the stronger Converse gets, the better for us. They are the category leader, and we want them to be incredibly successful because it benefits us all.”

Despite consumers’ appetites for vulcanized footwear, the brand still has to contend with slow periods. “Being a vulcanized canvas brand, our peak sell-through period is February through June. Our fourth quarter, especially, really slows down,” Weaver said.

To drive a steadier, year-round business, Superga plans to expand its material mix next fall. The brand already offers a handful of fall-specific styles for kids in water-resistant canvas, suede and corduroy with fleece linings, but, according to Weaver, materials will be addressed in a major way for fall ’10.

The brand also will seek to diversify with other types of footwear for kids and adults. “Our Italian parent already does some sandals and brown shoe product, and obviously, we look at it,” he noted. “But we want to make sure we get the brand well established here in vulcanized first, and then you’ll start to see some other categories from us. Superga is poised to become a much bigger player here. You’re definitely going to see some action from this brand.”