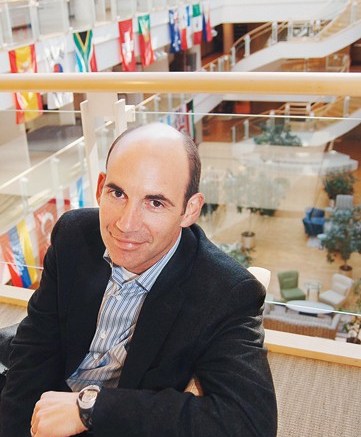 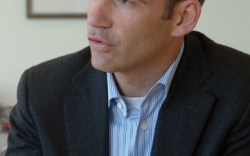 BOSTON — When Matt Rubel, CEO of Collective Brands Inc., plunked down $800 million for Stride Rite Corp. in 2007, he envisioned using the muscle of the $3 billion company, best known for its Payless ShoeSource division, to make Stride Rite faster and stronger.

What he didn’t want, though, was for “backroom efficiency” to turn into front-of-house homogenization.

After all, Rubel bought Stride Rite for its brands. Excluding licenses, the Lexington, Mass., division has six major platforms, and three of them — Keds, Stride Rite and Sperry Top-Sider — are household names with histories stretching back more than 70 years.

It’s a delicate goal, balancing efficiency and creativity. To do it, Rubel tapped Gregg Ribatt, 40, as president and CEO of Stride Rite in December 2007.

Ribatt, a father of three and an avid runner, is a third-generation shoe dog. His grandfather traveled throughout New England selling lasts, and his father founded Bennett Footwear Group. After getting an MBA from the University of Chicago, the younger Ribatt joined Bennett Footwear, helped reposition it and eventually sold it to Brown Shoe Co. in 2005.

Ribatt is someone with “great intellect,” said Rubel. “He knows how to work as a colleague to individuals, while at the same time showing strong leadership of teams.”

The two executives spent much of 2008 mapping out how the parent and its new division would work together, crystalizing each brand’s focus and hiring a team of brand presidents for Stride Rite Corp. (About half are new, primarily from Puma, Timberland, New Balance and other New England companies.)

“The business model is that each brand owns its positioning,” said Ribatt. “They own their customer.” In a down economy, Stride Rite’s properties have been a bright spot for Collective Brands — particularly Saucony and Sperry, which posted double-digit increases in the third quarter. (Fourth-quarter results are expected in early March.)

Stride Rite Children’s Group also has been expanding under Ribatt, most notably through its newly acquired licensed brands Jessica Simpson and Nickelodeon Slimers.

Business, however, remains tough for the Keds brand, which has failed to resonate with consumers over the past few years. Ribatt declined to reveal specific plans for Keds going forward, but said a new management team — led by former Vince Camuto exec Kristin Burrows — is crafting a fresh strategy.

All told, Ribatt believes the company is well positioned to confront any near-term economic challenges.

“Clearly it is a challenging environment,” he said. “We’re fortunate that our brands are in some of the fastest streams of growth in the industry.”

FN: What are your big-picture goals for 2009?
GR: One of the first things we did [in 2008] was focus on building individual strategies for each of our brands. We went through a very thorough process where we focused on brand positioning and our target consumer, and on developing growth strategies for the future. [This year is] really about executing the strategy we developed, rather than starting from scratch and doing anything new.

FN: How are you using the backing of Collective Brands to further your agenda?
GR: We tried to [create] a plug-and-play corporate structure that would enable the brands to focus on their individuality and uniqueness … and then leverage Collective’s competencies in strategy and logistics, sourcing, finance, IT and human resources. That’s what makes the business model so special, because it’s done both at the Stride Rite group and at Collective, which enables our brand presidents to maximize the creativity and be entrepreneurial in how they run the business.

FN: Let’s take sourcing as an example. Are the sourcing decisions made here, or is that responsibility funneled to Collective Brands?
GR: Design and development are done here, and sourcing is done through the  [parent] organization, but in collaboration with brand people and the product
development organization [in our offi ces] in Lexington. We work in a matrix structure. For example, when we developed brand strategies last year, those efforts were led by the brand presidents, but in partnership with [Collective’s] head of strategy and with members of the strategy team based out of Topeka.

FN: Has that meant a major shift in the factories you use in China?
GR: No, our factory strategy has not materially [changed]. We look at it on a division-by-division basis.

FN: To shift gears a bit, how does the economic climate affect your planning?
GR: Clearly it is a challenging environment. We’re fortunate that our brands are in some of the fastest streams of growth in the industry — for the most part. If you look at the growing areas, children’s, women’s and the running category are all faster streams of growth. [In terms of planning], you have to stay close to the consumer, and you have to stay committed to your longer-term strategic objectives at the same time. If you don’t have a strategy and a vision, you don’t know where you’re heading.

FN: How do you foster creativity and innovation in uncertain times?
GR: You structure the organization to allow your product design team to maximize their creativity while at the same time understanding the commercial requirements to develop, design and create best-in-class product. Probably half the leadership team at Stride Rite is new in the last 12 months. So while we already had great talent, we’ve supplemented that with Tricia Williamson as [SVP and managing director of Stride Rite International]. We recently added Kristin Burrows, who works at Keds. She was at Jessica Simpson. Fran Allan is the SVP of sales at Saucony, Tom Morgan is SVP for Keds. [And we added] Michelle Poole, who had experience with Kangol, as VP of [women’s] product. We wanted new people of different backgrounds to add to the energy.

FN: Let’s talk about some initiatives within the Stride Rite children’s business. You’ve opened the Collections by Stride Rite stores and you’re also targeting an older consumer. Why did you need a new retail vehicle?
GR: Two strategic initiatives drove the creation of the Collections store. One was our evolution to a house-ofbrands strategy. If you look at the brand portfolio within the children’s group, it includes the Stride Rite brands — Robeez, Sperry Top-Sider, Saucony and Keds — and then licensed brands such as Jessica Simpson. So developing a Collections store enabled us to showcase [the breadth of brands]. At the same time, the second part of the children’s group’s overall strategy is to more aggressively pursue that 7- to 10-year-old consumer. We’ve had a business that included that consumer, but it’s more of a focus today. The Collections store is resulting in a higher percentage of sales to older kids than the rest of the chain.

FN: Are you looking for more brands for the portfolio?
GR: That’s something we’ll consider down the road. But our primary focus this year is maximizing our brand portfolio.

FN: Will you add more Collections stores?
GR: We’re planning more in 2009. We have not announced any openings, but we do view it as a meaningful growth opportunity.

FN: In the U.S., would you consider stand-alone retail concepts for Saucony or Sperry?
GR: Those are areas of focus for the future.

FN: Sperry has been a strong performer for the company. How do you plan to keep the momentum going?
GR: Historically, the Sperry consumer is a 45-year-old consumer, as well as a college kid. We’ve been focused on expanding the consumer to the 30- to 45-year-old as well. We’ve done that through a new advertising campaign. [Ads will debut in March issues of Vogue, GQ and other fashion magazines.] We also are materially growing our ad budget. The goal is to showcase our authenticity as the original boat shoe brand, but at the same time show increased style.

FN: You’re also focused on expanding the women’s business at Sperry.
GR: We’ve had a growing women’s business for a number of years. We’ve expanded categories, and we are adding premium accounts to help build that pinnacle business across the country and across the globe. We are trying to develop very specific collections for each channel of distribution.

FN: Saucony also is doing quite well. Why is that?
GR: ‘At Saucony we run’ — that’s the Saucony mission. It’s very inclusive. What’s really been driving the success is that the brand lives at the intersection of performance, innovation and style. We’re going to continue to focus on that product innovation. Our main focus at Saucony is on the elite, dedicated and high school runner.

FN: Keds has been through several overhauls during the past few years and can’t seem to find an identity. Who is your target consumer?
GR: Our target going forward is that 24-year-old millennium consumer. And it’s about platforming and leveraging the Champion — the core Keds shoe. We’re in the process of fine-tuning our strategies here. We have a new management team in place. We’ll have more details to unveil in the next couple of months.

FN: How are you working to grow the business internationally?
GR: Brands are responsible for creating their strategies, their positioning [and] their marketing campaigns. The international [division] partners with each of the branded divisions to develop and execute those strategies on a region-by-region and market-by-market basis.

FN: For example?
GR: We have a European headquarters in the Netherlands that’s part of the international organization. That group will come to the Saucony global product and sales meetings run by Saucony North America. The head of product for Saucony, based out of Lexington, is responsible for designing and developing products for the global markets. To do that effectively, that person is partnering with the international organization, which means they are communicating on a weekly basis.

FN: Is this year more about entering new countries or doing better with current countries?
GR: Both. We’re in 80 countries worldwide for all the brands. Saucony is our largest international brand, but Robeez has a very meaningful international business as well. And we’re developing our Sperry and Stride Rite businesses.